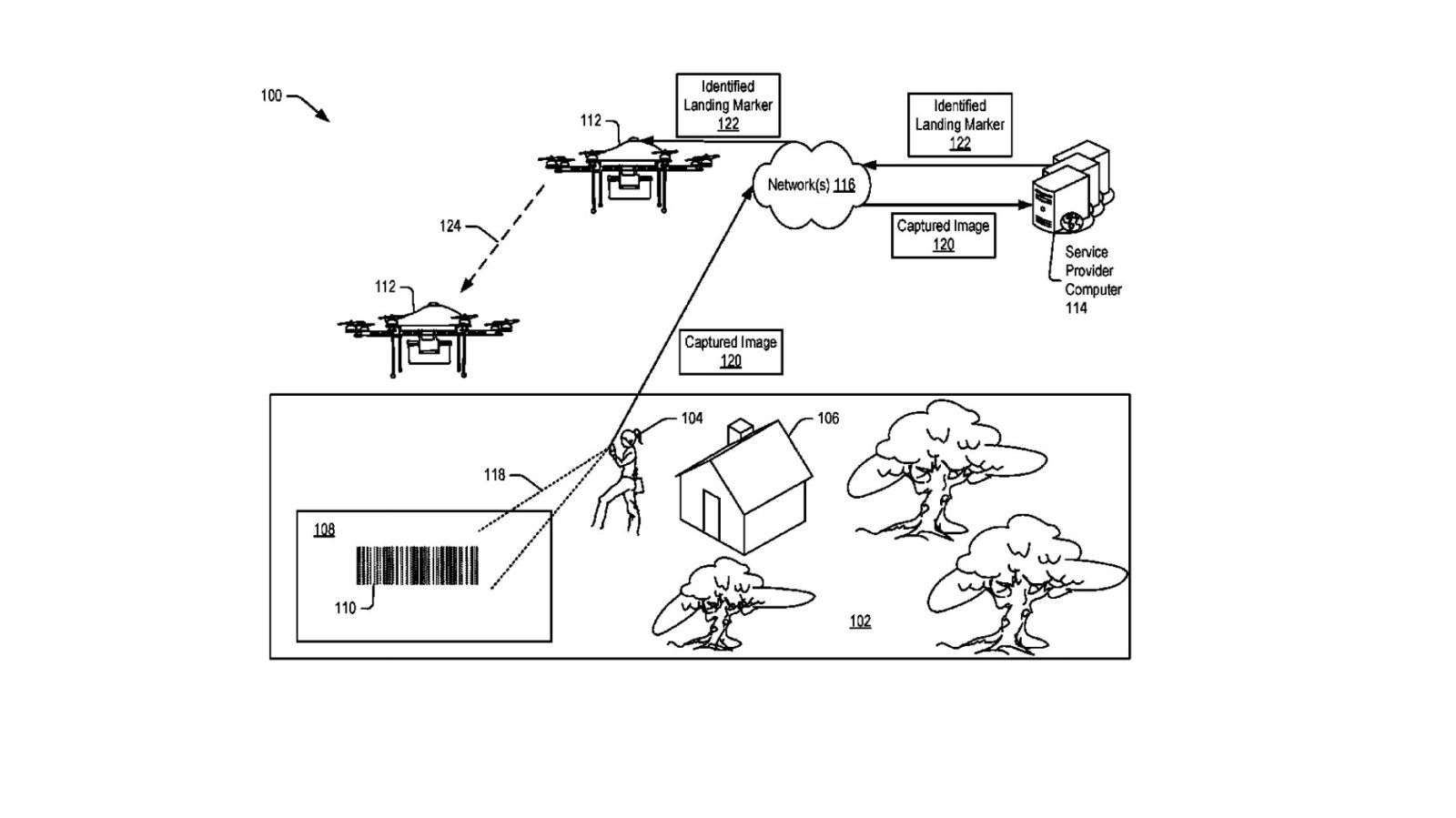 As you probably know, Amazon already has a fairly large number of drone delivery patents. However, earlier this month the e-commerce giant received their latest patent. This one is designed to guide drones to their destinations and to verify that the delivery by drone has been made at the correct address. Amazon filed for the patent back in 2016 and was awarded the patent “Drone Marker and Landing Zone Verification” on February 5th, 2019.

Amazon received approval for yet another drone delivery patent, titled: “Drone Marker and Landing Zone Verification.” This patent explains Amazon’s method for sending the delivery drone to the correct destination and to verify that the package has indeed been dropped off at the right location.

The e-commerce giant originally filed the patent in 2016 and received approval on February 5th. The system would likely include the ability for the drone to recognize obstacles such as trees in the vicinity of the drop off location, as well as a target with a barcode that the recipient would have to print out and put in the correct place to guide the drone to the exact delivery location.

In case of an obstruction that prevents the Amazon drone from making a successful delivery, the recipient would get a text message with the instruction to either move the obstruction or if that is not possible to move the drone delivery target.

The packages might be dropped off at the location with a parachute system, a tether or simply put down on the ground. At the same time, the drone might be giving vocal instructions to the recipients, likely using the popular Alexa system.

When you consider all of Amazon’s patent filings from the last few years, it is obvious that the e-commerce giant has thought through the entire delivery by drone process. The company has also been testing with drones delivering parcels in the UK and they certainly have the technical know-how and funding to make deliveries by drone a reality. With the US government relaxing the rules for commercial drone applications, I remain hopeful that routine Amazon drone deliveries will become a reality by 2025 as I predicted in the New York Times.