Flights over people and at night allowed under proposed rules 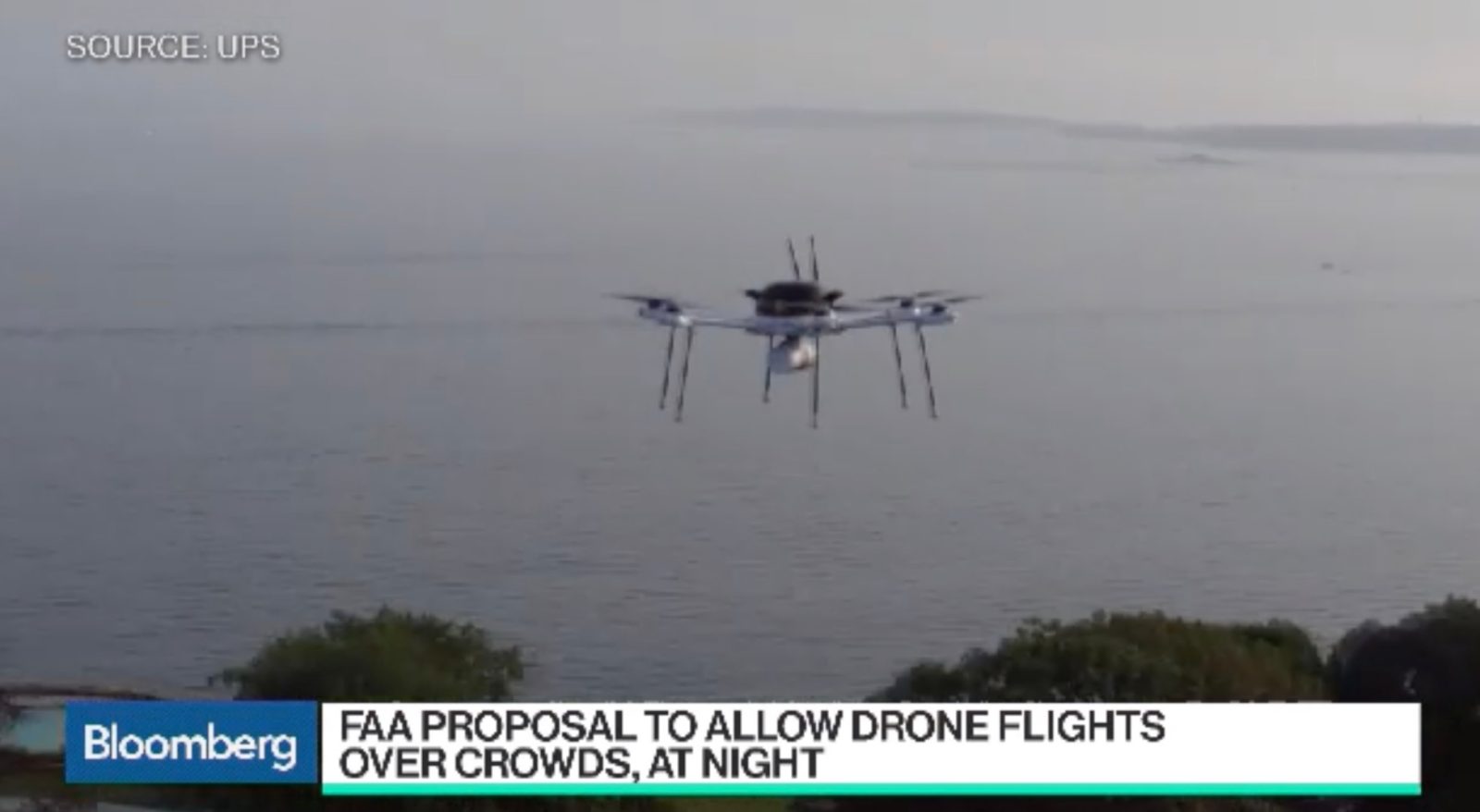 Never mind the partial shut down of the U.S. Government. Today in a speech in Washington, the Secretary of Transportation Elaine Chao said that the U.S. Department of Transportation would for the first time allow routine flights over people and flights at night without waivers as long as the drone operators take the appropriate safety precautions. This is a groundbreaking announcement that opens up the possibility of deliveries by drone and a range of other commercial drone applications.

Proposes drone rules would allow flights over people and at night

In a groundbreaking announcement, Secretary of Transportation Elaine Chao said that flights over people and flights at night would be allowed under proposed rules from the U.S. Department of Transportation. These new proposed would open up a range of commercial drone applications such as deliveries by drone. According to Bloomberg, Chao said in remarks to the nonprofit Transportation Research Board that:

“This will help communities reap the considerable economic benefits of this growing industry and help our country remain a global technology leader.”

Under the current Federal Aviation Administration (FAA) rules for unmanned aircraft, drones are not allowed to be flown over people or at night. These two restrictions together with the need for drone and drone operator identification have held back large scale implementation of commercial drone applications such as package delivery by drone, mapping and surveying urban construction sites, delivering organs, blood and medication by drone.

Drone flights at night would only be allowed for operators who have undergone special knowledge testing and training. The drones that would be used at night need to be equipped with a special light that is visible for at least three miles, such as the new DJI Mavic 2 Enterprise.

New proposed regulations for remote ID or drone identification, that would provide information about the unmanned aircraft such as speed, heading, and altitude as well as the location of the drone operator, are not expected until May of this year according to the FAA. The agency is planning to release a notice to ask public input on how to best develop and implement drone identification.

Once remote ID for drones is resolved, the proposed rules would open up the possibility for companies such as Zipline, Amazon, Wing and other to start offering their drone applications in the U.S. market.

Today’s proposed rules were originally planned to be announced late in 2016, but concerns from Homeland Security and the Department of Justice about rogue drones and drones that would possibly be used by terrorists meant that the FAA held off.

The FAA has invited both the public as well as the drone industry to provide feedback and input on how to make the regulations for drones work, and also how to develop an unmanned traffic control system. Finalizing and implementing the new rules will take some time, so most likely we will not see routine drone flights over people or at night until 2020 or even later.

Chao also said today that “recent events overseas have underscored concerns about the potential for drones to disrupt aviation and the national airspace,” pointing to the recent ‘drone incidents’ that took place in the UK. She also said that the U.S. Government is looking for suggestions on how to address these threats.

The FAA said today that the purpose of the new proposed rules is to set “technologically neutral” and flexible standards that will allow the rapidly evolving drone industry to keep growing. The agency said:

“The FAA’s challenge in developing this proposal, therefore, is to balance the need to mitigate the risk small unmanned aircraft pose to other aircraft and to people and property on the ground without inhibiting innovation.”

The FAA is proposing three categories of flights over people that are risk-based:

While the new proposed drone rules would open up the skies for all kinds of commercial drone applications, the FAA: “expects all operators to continue to comply with the existing provisions.”