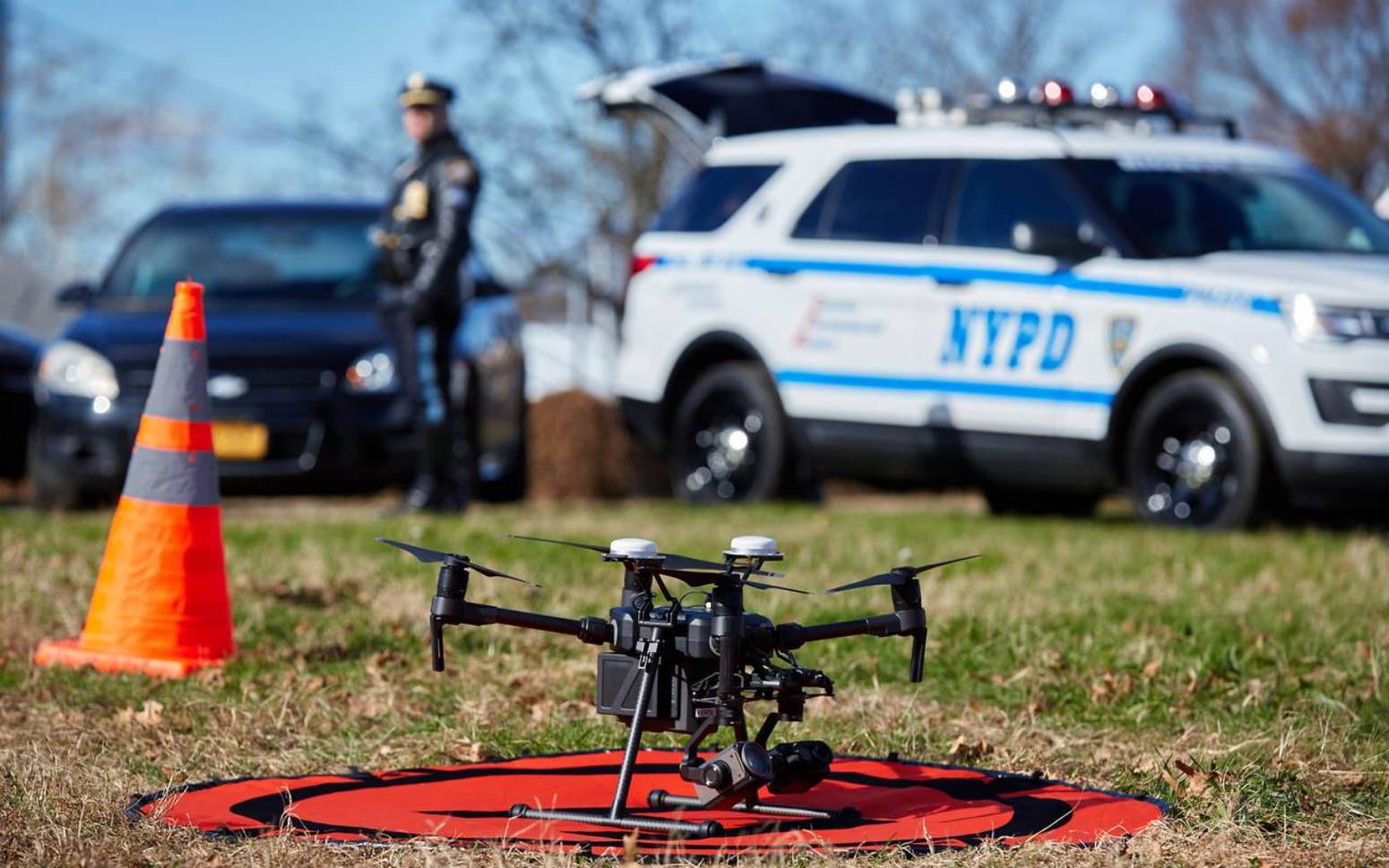 The New York Police Department wants the authority to take down drones if they are deemed to be a threat. Officials from the NYPD are concerned about weaponized drones such as the ones we have seen used in the Middle East to drop explosives. Federal law-enforcement officials are authorized to disable or shoot down a drone since 2018, however, local law enforcement agencies are not. The NYPD now seeks to change this, but it would take additional federal legislation to do so.

“The New York Police Department wants the authority to take down drones it deems a threat.

Police officials said they are concerned that propaganda abroad showing weaponized drones can inspire terrorists to use drones for lone-wolf attacks in the U.S.

The NYPD wouldn’t specify what type of technology it wanted to use to neutralize drones, but various companies make devices that can shoot them down or disrupt their operation.

The increase in use of drones has forced police departments nationwide to think about how to respond to the devices.

“It’s a technology that when it’s misused, it can be problematic, and that’s an issue for any police chief in this country,” said Chuck Wexler, executive director of the Police Executive Research Forum, an independent research organization.

The Police Executive Research Forum is holding a two-day conference in Washington, D.C. on Wednesday and Thursday to hear concerns regarding drones from local law-enforcement agencies, including the NYPD.

Drone use is only legal in a few city parks. But as the devices have grown in popularity, illegal use has surged from only three incidents in 2013 to 550 in 2017, according to the NYPD. There were 333 incidents of illegal drone use throughout the first six months of 2018, according to the most recent figures available.

The NYPD also recently launched its own drone program with 14 devices to assist in rescue missions, traffic-accident investigations and large events like the New York City Marathon. So far, they have been used in 42 missions…”

you can read the entire article here.

What do you think about local law enforcement, such as the NYPD seeking the authority to take down drones? Let us know in the comments below.