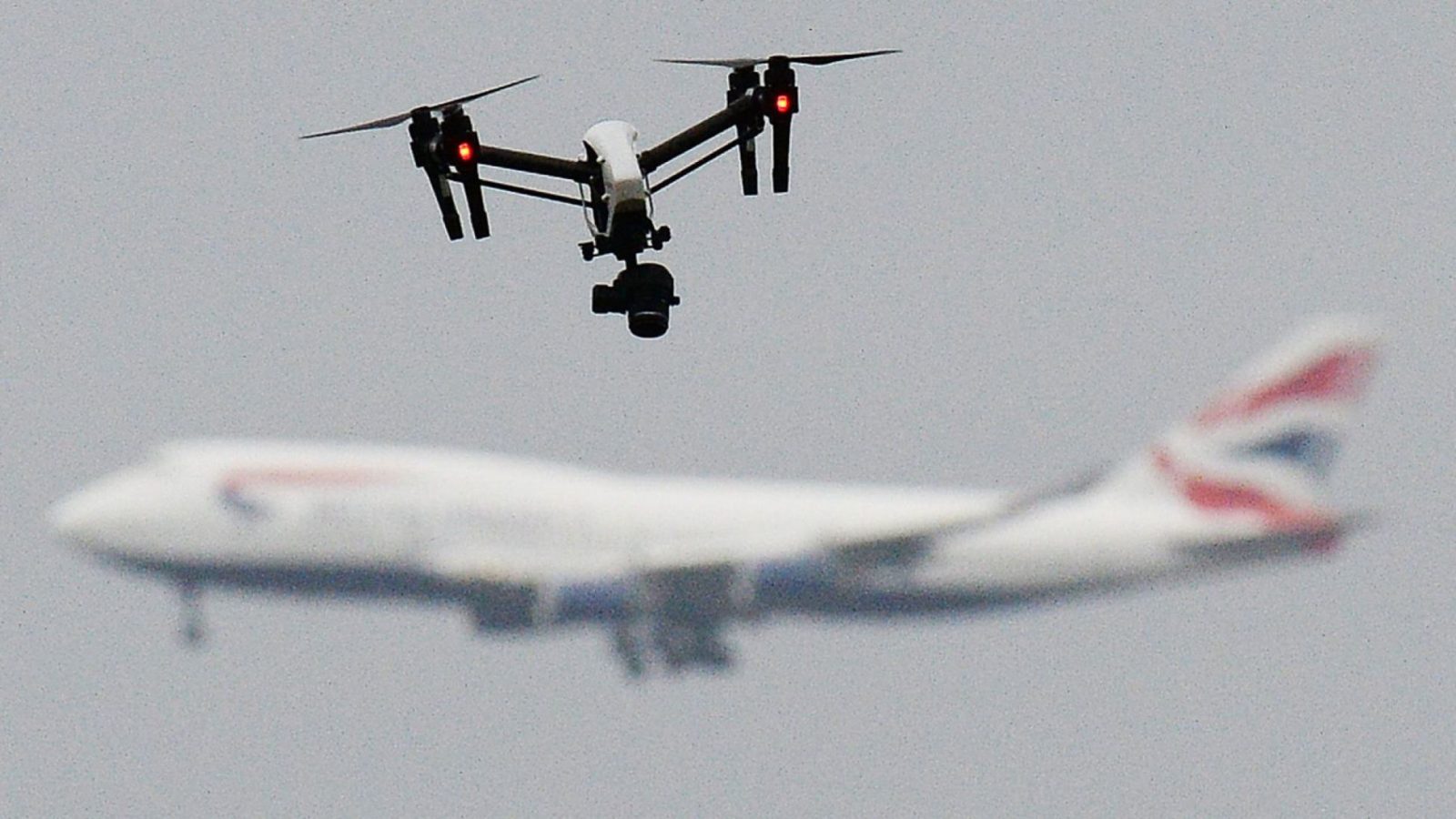 In the wake of the ‘drone sightings’ at Gatwick and Heathrow Airports, the rules for flying unmanned aircraft in the UK are about to become quite a bit more strict in the near future. For instance, as of March 13th when the new rules will come into effect, no drones or model aircraft will be allowed to fly within 5km or 3 miles of an airfield perimeter. DJI recently welcomed the new UK rules, that includes the drone ‘no-fly zone’ around UK airports.

The “no-fly zone” for drones around UK airports is to be extended under plans announced by the government and the Civil Aviation Authority (CAA). Drones and model aircraft will not be allowed within 5km (3 miles) of an airfield perimeter when the rules come into force on 13 March. The so-called drone “no-fly zone” had previously extended to around 1km (0.6 miles). The new boundary includes a 1km-wide area extending 5km from the end of an airport runway.

The authority is working with photography and video shop Jessops as part of a campaign to make drone users more aware of the new rules. All customers who buy a drone will be taken through a “drone code of conduct” and given a leaflet explaining the new laws. Online customers will have to read a web page detailing the same information.

Jonathan Nicholson, its assistant director, told Sky News: “All the work we do to educate drone users is all about people who want to know the rules, want to fly safely, want to do it properly. “If somebody actively maliciously is going out to break the law and they’re then breaking the law, that then becomes a police issue… people can and will get prosecuted.”

Educating the public about drone rules works as we have seen in Germany but it will not stop any drone pilot with nefarious intentions. Agencies such as the Civil Nuclear Police Authority are also looking for counter drone technology and have reportedly just signed contracts with a supplier.