Phantom 4 Pro out of production according to DJI’s website 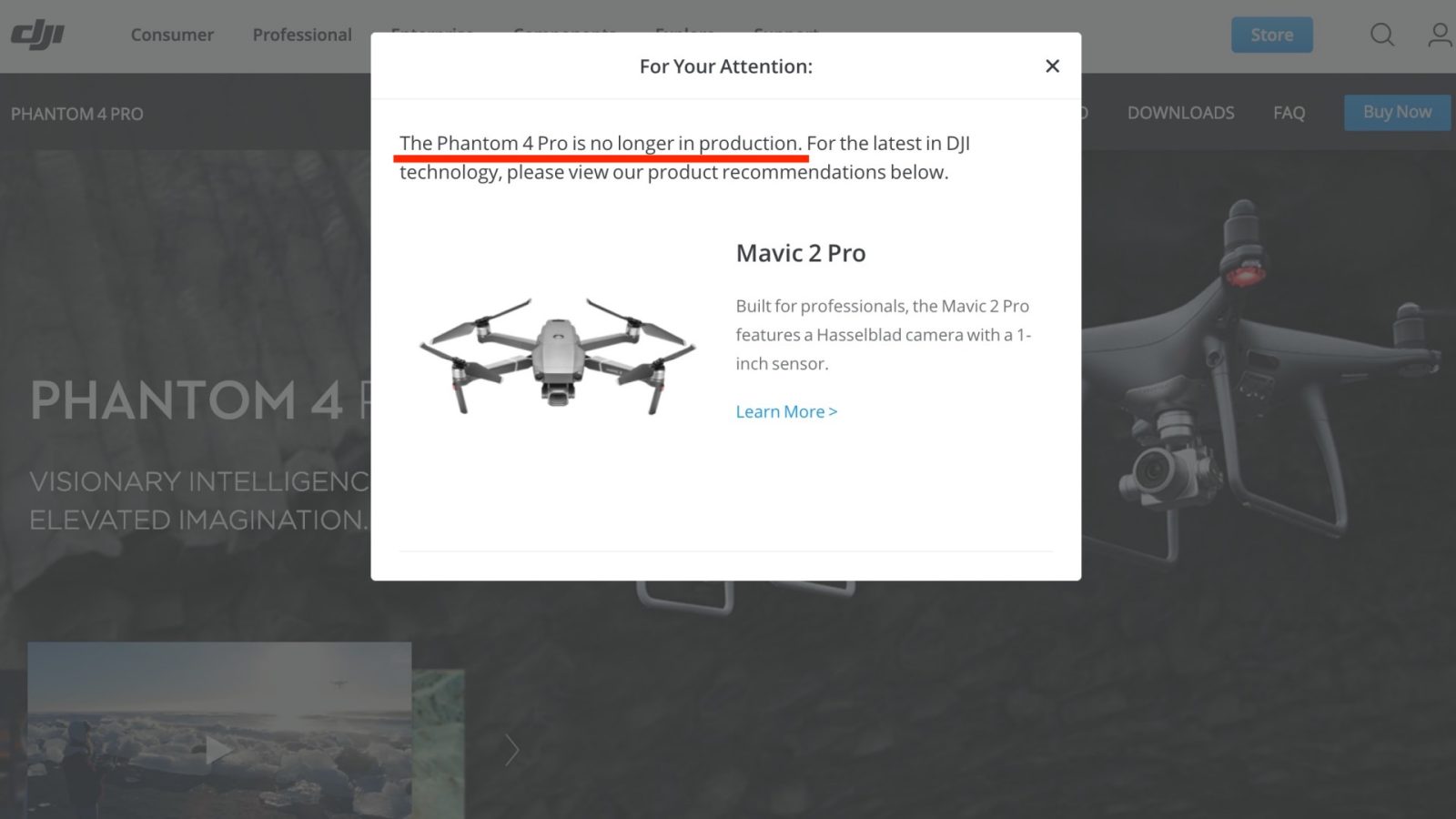 The Phantom 4 Pro V2.0 has been out of stock since early November 2018. And, now, the regular Phantom 4 Pro is officially out of production, according to the official DJI website. So even though you may be able to pick one up at the retailer of your choice, you can no longer get a Phantom 4 Pro (or V2.0) from the drone maker itself. The question is why? Is it related to DJI’s fraud case? Perhaps the DJI severed the relationship with some of its suppliers? Or is it because the Phantom 5 is indeed around the corner? Obviously, we hope for the latter but this tweet about the Phantom 4 Pro V2.0 may indicate differently.

Phantom 4 is no longer in production

So, now the regular DJI Phantom 4 Pro is officially out of production, according to the DJI website. When you go to the Phantom 4 Pro page you will get this message:

“The Phantom 4 Pro is no longer in production. For the latest in DJI technology, please view our production recommendations below.”

We can guess as to why the Phantom 4 Pro is now officially out of production. Could it be related to DJI’s fraud case? Possibly. It is not unthinkable that the drone maker had to sever relationships with one or more of its suppliers. Could it be because spring is almost here and DJI might surprise us with a Phantom 5? We sure hope so!

“Hi Josh, due to a shortage of parts from a supplier, DJI is unable to manufacture more phantom 4 Pro V2.0 drones until further notice. We apologize for any inconvenience this might cause.” 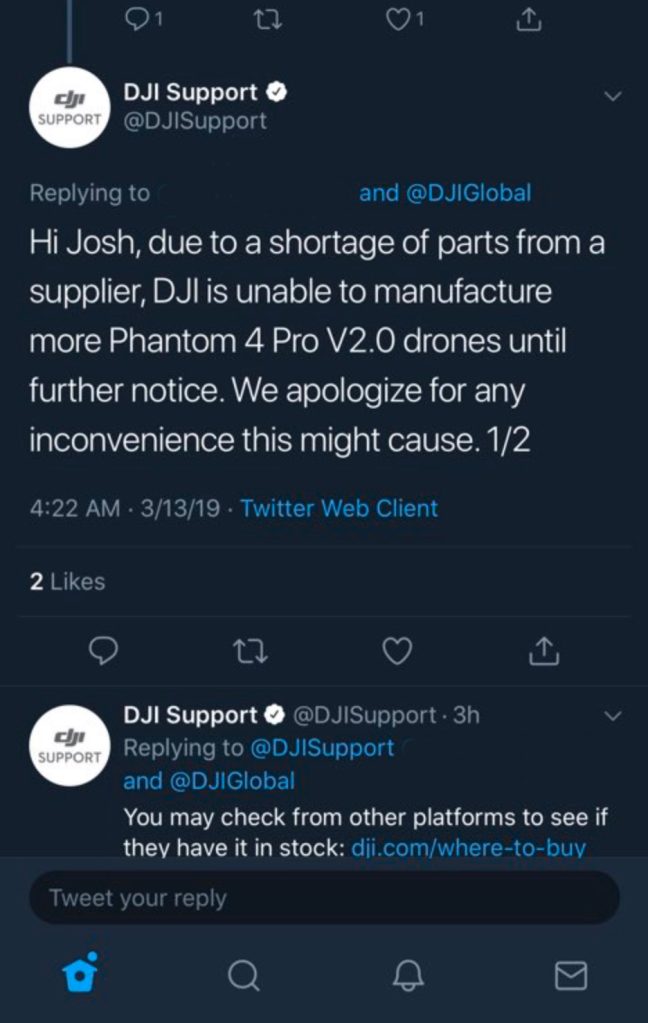