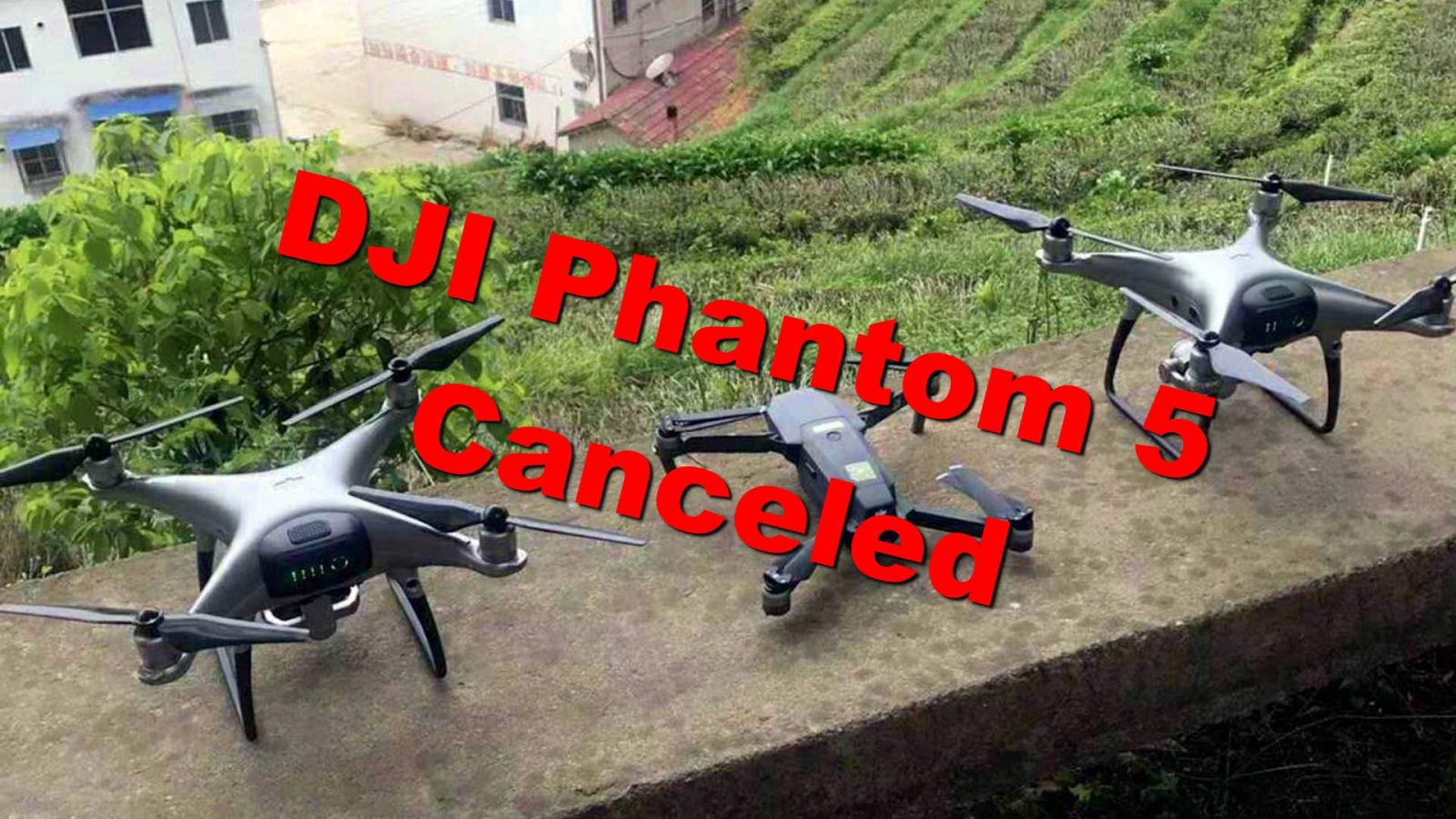 DJI Phantom 5 canceled? Yes, it seems so. Persistent rumors and people very close to DJI have informed us that the DJI Phantom 5 has been canceled. Not only is the DJI Phantom 4 (except the RTK) no longer available from the Chinese drone maker, the successor, the DJI Phantom 5 apparently is “no longer in development.” The product manager responsible for the Phantom 5, of which we have seen various prototypes with interchangeable lenses earlier, has been reassigned to another DJI project.

This is part 2 of 3 in a special series of articles that zoom in on the latest rumors around the DJI Phantom 4, the DJI Phantom 5 and the DJI Mavic 2 series. Part 3 and Part 4 will follow shortly so stay tuned. Click here for part 1.

Rumors indicate that the DJI Phantom 5 has been canceled

We have seen various photos of prototypes in the past of what was rumored to be the new DJI Phantom 5. Rumors from some months ago indicated that DJI would release two versions of the Phantom 5. One priced around $1,700 with a zoom lens and a more expensive ‘Pro’ or ‘Hasselblad’ version with an interchangeable lens system. Supposedly, four fixed prime lenses would have been made available; a 16mm, 24mm, 35mm, and a 50mm.

However, persistent rumors and people very close to DJI tell us that the plans for a Phantom 5 have been canceled. The product manager has been taken off the Phantom 5 project and has recently been reassigned to another new DJI device.

Cancelation of the DJI Phantom 5 is a big surprise

Needless to say, the cancelation of the DJI Phantom 5 has come as a big surprise to us at DroneDJ. The Phantom series of drones are such an iconic and recognizable product for DJI. To not continue the drone series that launched their brand and company around the world, would seem crazy. You might compare it to Porsche discontinuing their 911 lineup of sports cars. It would seem utterly foolish… However, the information that has been shared with us points to a dramatic change in DJI’s drone line-up. One without the iconic Phantom series.

If this indeed turns out to be true, where does it leave all the professionals and prosumers (myself included) who were saving up for a new DJI Phantom 5 drone? All previous rumors pointed to a possible launch in the late spring or early summer of this year. If that is off the table, what will happen next? Well, in part 3 of this special series of DJI rumors, we will share with you what is rumored to be the new direction that DJI has decided to take. And, as you might have expected, it involves the DJI Mavic 2.

Stay tuned for DJI rumors part 3 that will be available shortly.

Note: DroneDJ first received word of these Phantom 5 rumors about 10 days ago and since then we have done our very best to confirm the cancelation of the DJI Phantom 5 as much as possible through different channels. Keep in mind that when it comes to sharing rumors there are no guarantees and things may turn out differently. DJI has a track record of moving very quickly and is able to launch new products fast as they manage their own production facilities. Taking all this into consideration, however, we felt it is warranted to share this information with you as it may impact your decision when it comes to buying your next drone.