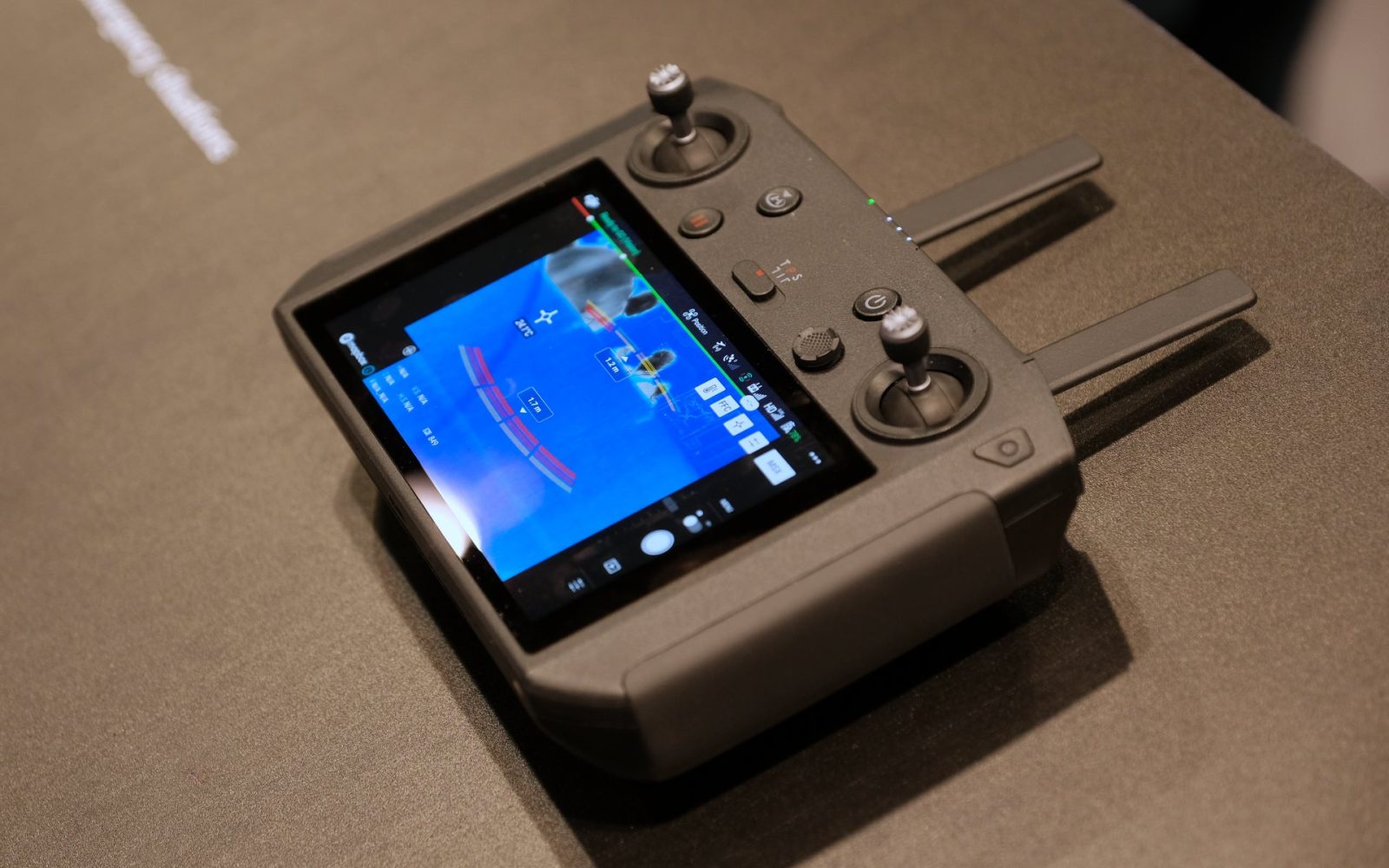 This part 4 and also the last piece in the special series of DJI Rumors that cover the company’s Phantom 4, Phantom 5 and Mavic 2 drone series for consumers, prosumers and professional users. Earlier we covered Part 1: Game over for DJI Phantom 4, Part 2: DJI Phantom 5 canceled and Part 3: DJI Mavic 2 is the future. In this last part, we will focus on the DJI Smart Controller and explain why it will play a crucial role in the future of the DJI Mavic 2 and other forthcoming DJI drones.

As most of our readers know, the DJI Smart Controller ($649) is a remote control device for your DJI Mavic 2 drone. Among other things, it offers you a bright 5.5” built-in display, ease-of-use, and will work from minus 20 degrees Celsius (-4 F) to 40 degrees Celsius (104 F). Currently, the DJI Smart Controller is only compatible with the DJI Mavic 2 Zoom, Pro and Enterprise Edition but it is expected to work with yet-to-be-released DJI drones running OcuSync 2.0.

In the latest firmware update for the DJI Smart Controller, DJI introduced a new feature that allows you to manage multiple drones directly from the Smart Controller. For instance, it will allow you to switch from a DJI Mavic 2 Zoom to a DJI Mavic 2 Enterprise straight from the menu on the device. No need to re-bind the aircraft to the controller. Especially for professional drone pilots or commercial drone operators who manage multiple aircraft, this is a very welcome feature. It will also allow you to upgrade to a new drone and keep using your existing smart controller.

The DJI Smart Controller runs on an older version of Google’s Android platform with an adjusted version of the DJI 4 Go app. You can already install third-party apps through the built-in browser or install APK files from a microSD card. However, our source informed us that DJI will release their SDK (Software Development Kit) for the DJI Smart Controller soon. Possibly still this month. With the SDK in place, third parties such as Litchi, Autopilot, and others will be able to make their software fully compatible with the Smart Controller.

The ability to run third-party apps or to build customized applications that are fully compatible with the DJI Smart controller may appeal mostly to professional drone pilots and commercial drone operators, but it will undeniably add extra value to the DJI Mavic 2 and Smart Controller combination. Apart from the SDK, DJI is expected to roll out additional new features for the DJI Smart Controller in the coming months.

During last’s weeks AUVSI XPonential 2019, I had the opportunity to speak with many commercial drone operators, drone retailers, and employees from DJI. The feedback that I received, is that the DJI Mavic 2 Enterprise is a very hot-selling drone in the commercial drone market. With the added functionality and ease-of-use that the improved DJI Smart Controller will bring, it seems that the DJI Mavic 2 will only gain in popularity among commercial users.

Furthermore, as the consumer drone market has slowed down significantly, it is no surprise that DJI has its eyes firmly set on the commercial and enterprise drone market. The ability to manage larger fleets of drones from a dedicated controller that can also run third-party and custom apps to support business applications will be crucial to the continued success of the DJI Mavic 2.