Bell Nexus: The passenger drone / Air Taxi of the future 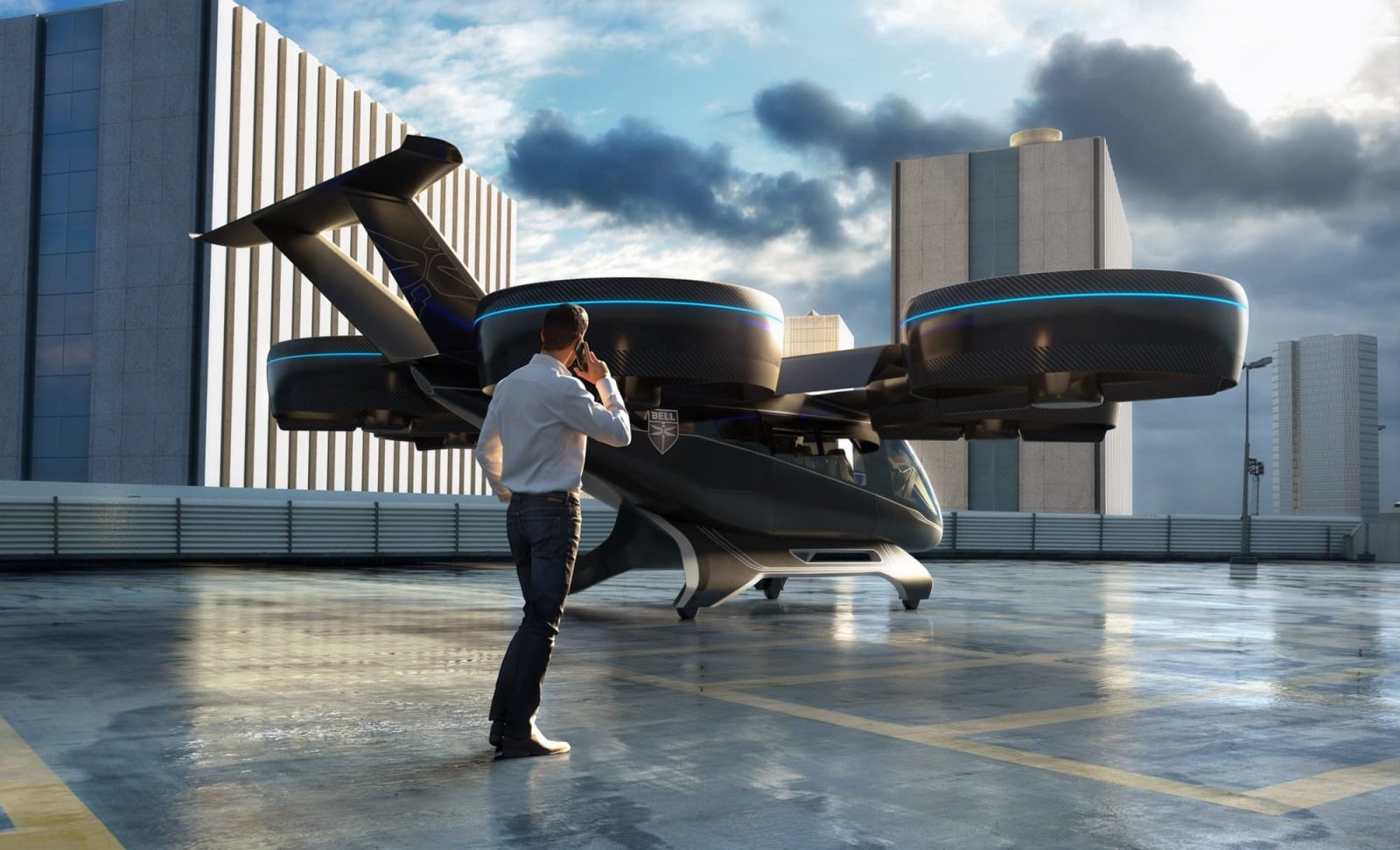 The Bell Nexus was arguably the exhibit to see at this year’s AUVSI XPonential 2019 in Chicago. It is an impressively large passenger drone / Air Taxi capable of carrying five passengers. The Nexus looks like something right out of a SciFi film. Bell built this behemoth to be able to be flown either autonomously or by an onboard pilot. While the model on display at the McCormick Center was not capable of flight it was still quite the attraction. Bell believes that their Nexus will be a way to solve the current problems that plague transportation. Bell looks to be a leader in the growing future market of air taxis .

The Bell Nexus isn’t the world’s first passenger drone. We’ve seen the Hoversurf Hoverbike, Ehang 184 and Volocopter. There are a few things that set the Bell Nexus apart from the other passenger drones. First is the sheers the size and look of the giant drone. The Nexus is roughly the size of a small school bus. Its shiny black exterior is illuminated by sleek blue LEDs. Stepping into the machine you are greeted by an LCD screen that spans the entire inner roof of the vehicle. The cockpit looks like a Tesla from the future. Bell spent some time making sure that this passenger drone had a futuristic and SciFi feel to it with both the interior and exterior. 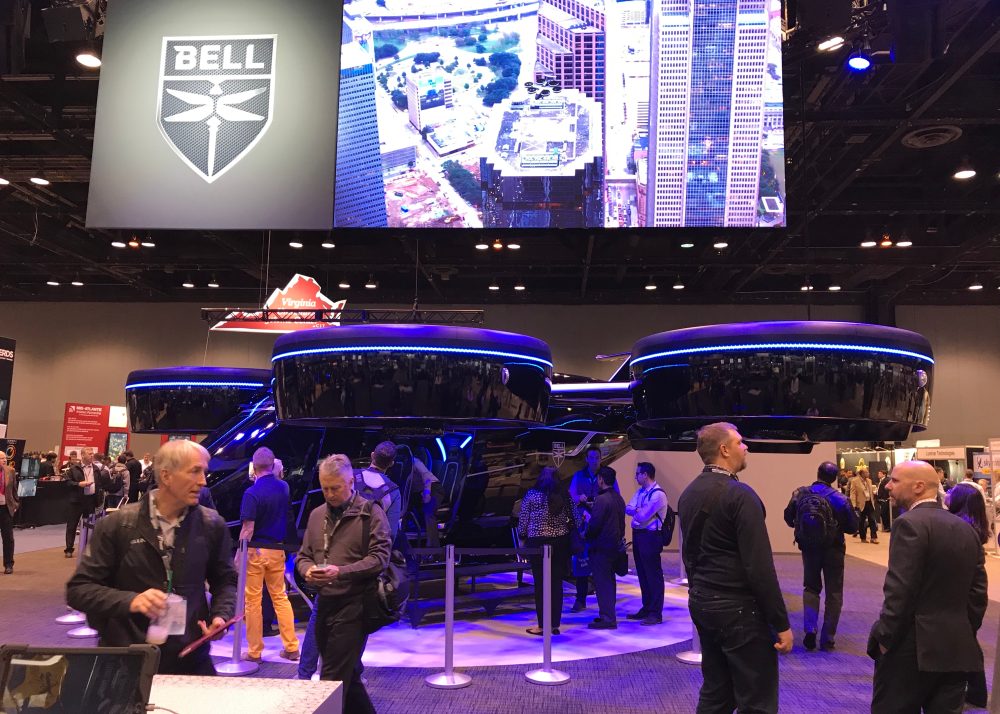 The Bell Nexus is technically a VTOL (vertical take-off and landing) vehicle. The gigantic six rotors rotate 90-degrees so it can transition between vertical and horizontal flight without tilting the passengers too much. The Bell employee stated it had a theoretical top speed of around 150 mph. It should be capable of a 150-mile range thanks to its hybrid gas-electric motors that serve as range extenders. Bell has built this impressive model because they believe that transportation needs to evolve.

As space at the ground level becomes limited, we must solve transportation challenges in the vertical dimension – and that’s where Bell’s on-demand mobility vision takes hold. 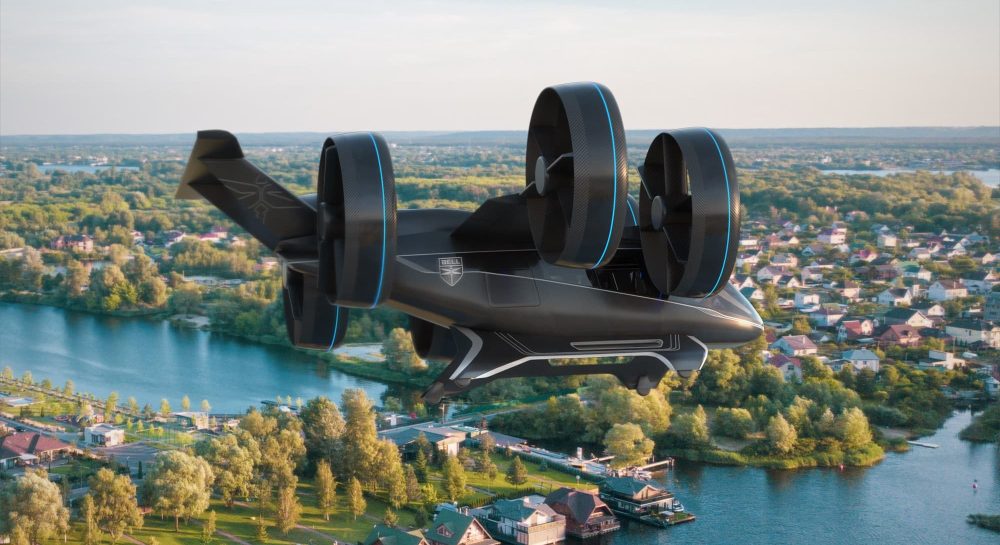 Are passenger drones the future?

The Bell Nexus is most definitely an impressive machine, but one must ask the question: Is it really necessary? It is a gigantic machine that will likely cost hundreds of thousands of dollars, if not millions.

Bell believes that it will be both less expensive and quieter than traditional helicopters. Accomplishing both of these feats will definitely be a challenge for Bell as they believe it capsule be ready for production in the mid-2020s.

Will it really solve transportation issues? Will it be safe? How is it better than a helicopter? Could self-driving cars solve some of the issues that our current transportation system has at a much lower cost? Time will tell. For now, let’s enjoy the creativity and imagination of Bell and their Nexus. 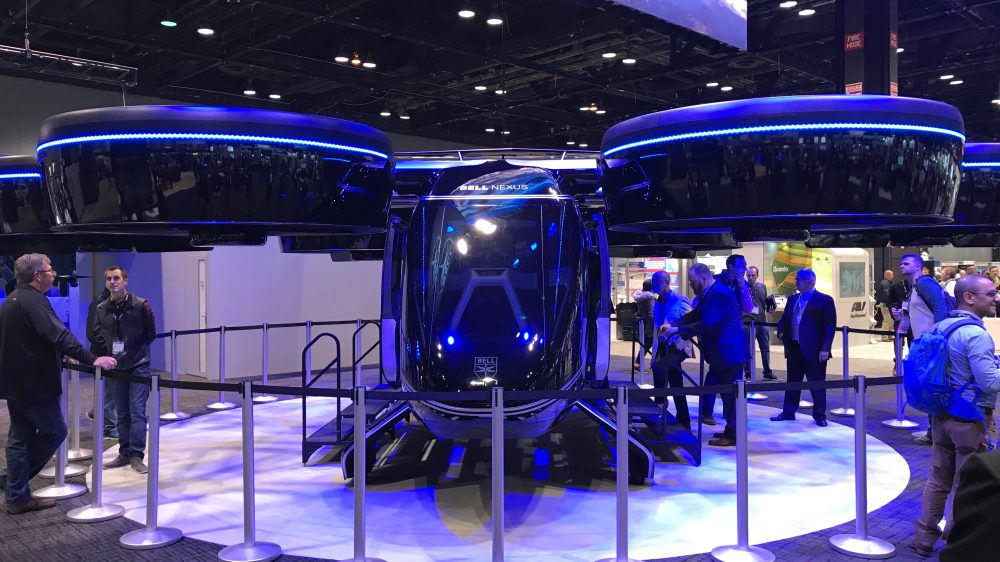