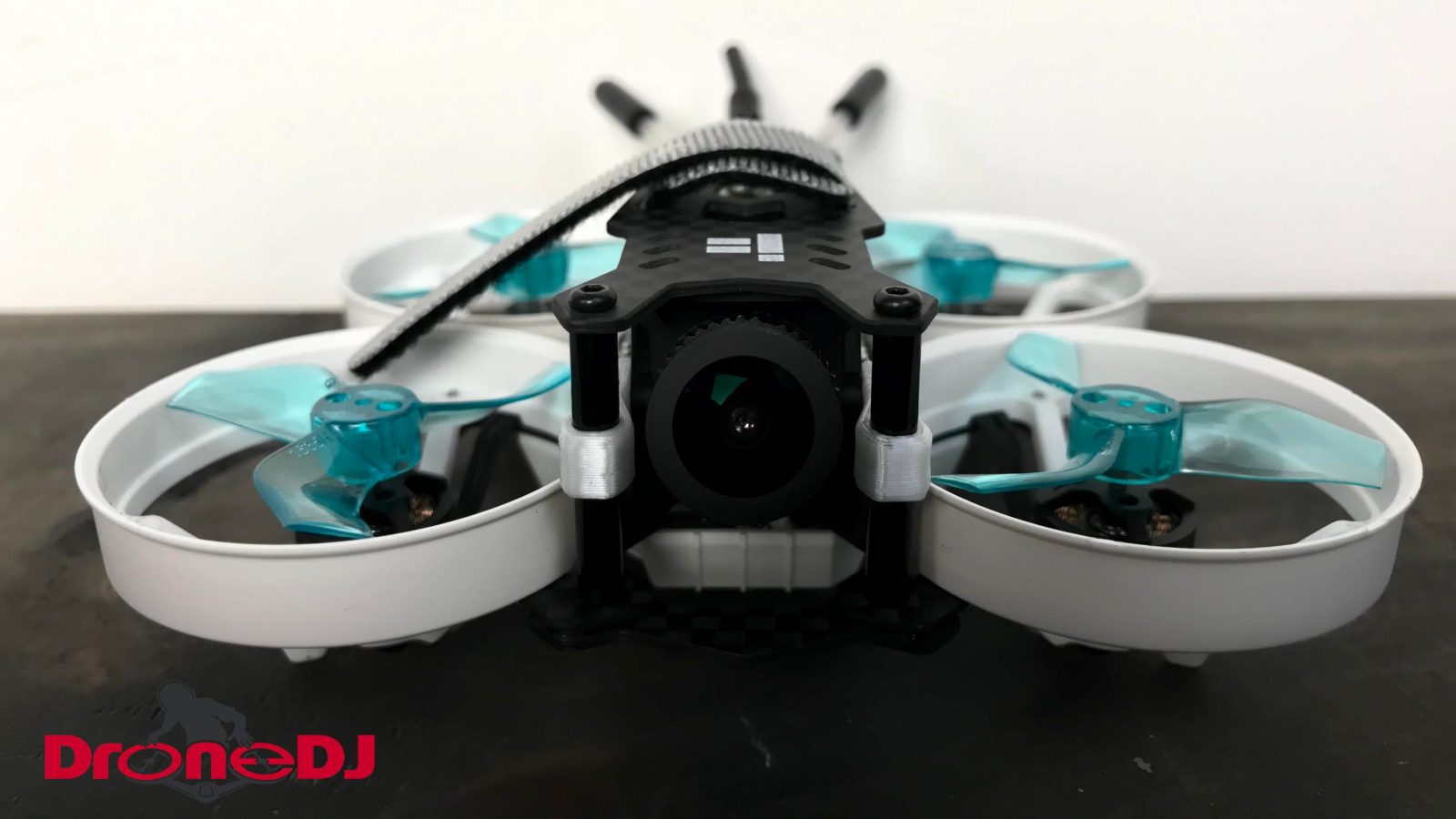 The iFlight CineBee 75HD ($179) is what is known as a cinewhoop drone. Cinewhoops are rapidly becoming popular because you can fly them first-person view and record HD video without having to add an additional camera. The Cinebee is small, only 75 mm from motor to motor so you can capture HD footage with it that would be impossible with a larger drone.

The iFlight CineBee 75HD is a brushless FPV quadcopter that also has an HD camera. It looks a lot like a brushless whoop but isn’t built for indoor racing or outdoor acro. The Cinebee is built to capture cinematic footage that wouldn’t be possible with a larger drone. It uses the Caddx Turtle camera which is capable of capturing 1080p footage at 60 fps. While it might not be GoPro Hero 7 quality it is clear and certainly beats the fuzzy DVR footage you would otherwise have to record from your goggles.

No, the picture isn’t perfect and you’ll see a tiny bit of jello but I have to say that it is still pretty darn nice. The iFlight can be flown in acro mode, but it wasn’t built for tricks or racing. Sure you can do some loops and rolls but the Caddx camera makes it a little heavy and throttle control can be a bit more challenging. The small 40 mm propellers just aren’t quite large enough to generate the needed thrust for freestyle flying. 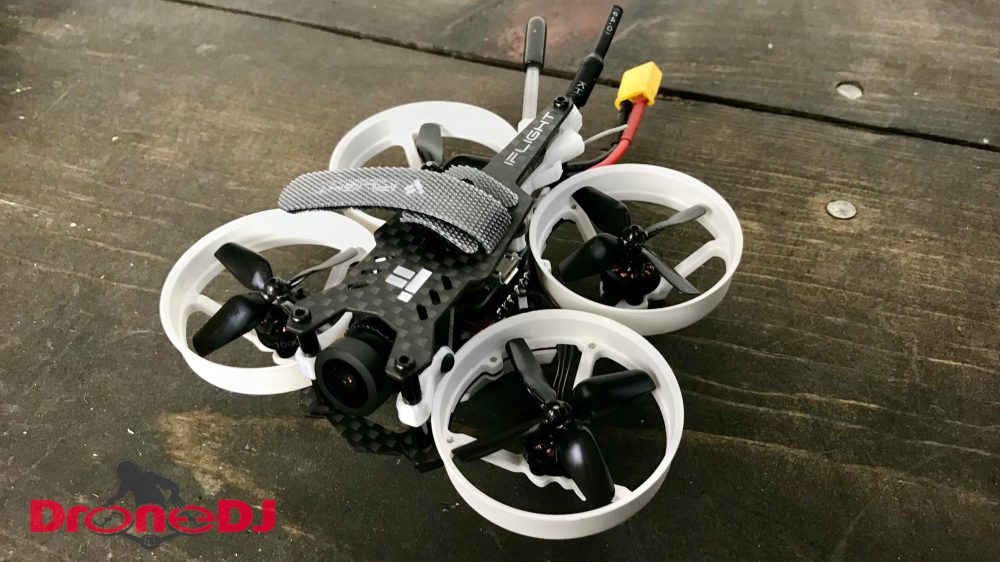 The iFlight CineBee 75HD comes with two different sets of propellers. The factory installed tri-blade propellers look mean but the four blade props do a better job of reducing jello from your videos. This quad can be flow with either a 2S or a 3S battery. I would recommend a 2S battery. The 3S will give you more punch, but the Cinebee will struggle to maneuver the extra weight. 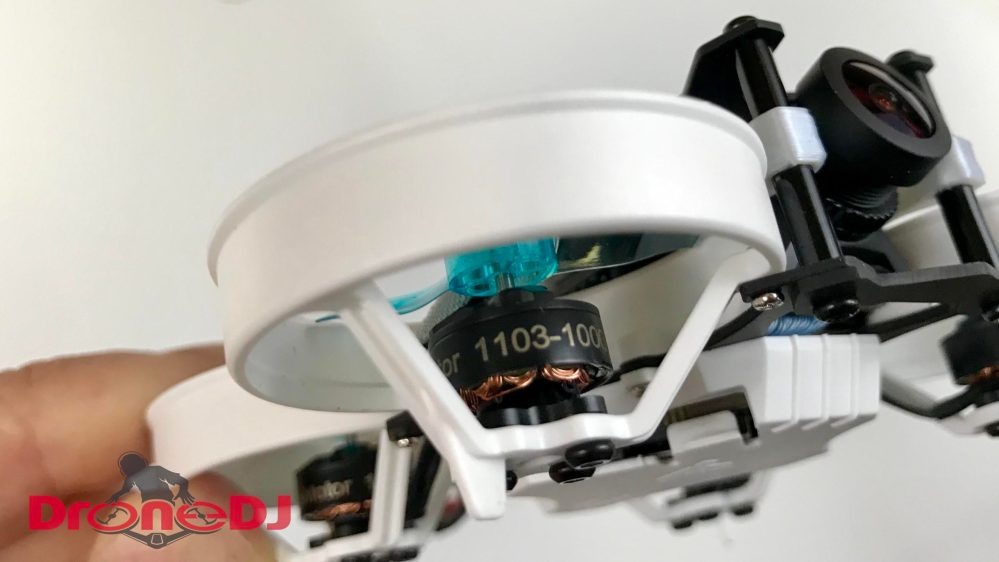 The iFlight Cinebee uses a SucceX F4 flight controller. It gets its power from 1103 10,000 KV brushless motors. The VTX is switchable from 25 to 200 mW and you can use smart audio to change channels or update and configure the quad. It checks in at 65 grams without a battery. The Cinebee uses a 4 in 1 BL Heli 12 amp ESC. My version was DSMX but you can get it with a FrSky, Flysky or no receiver if you so choose. 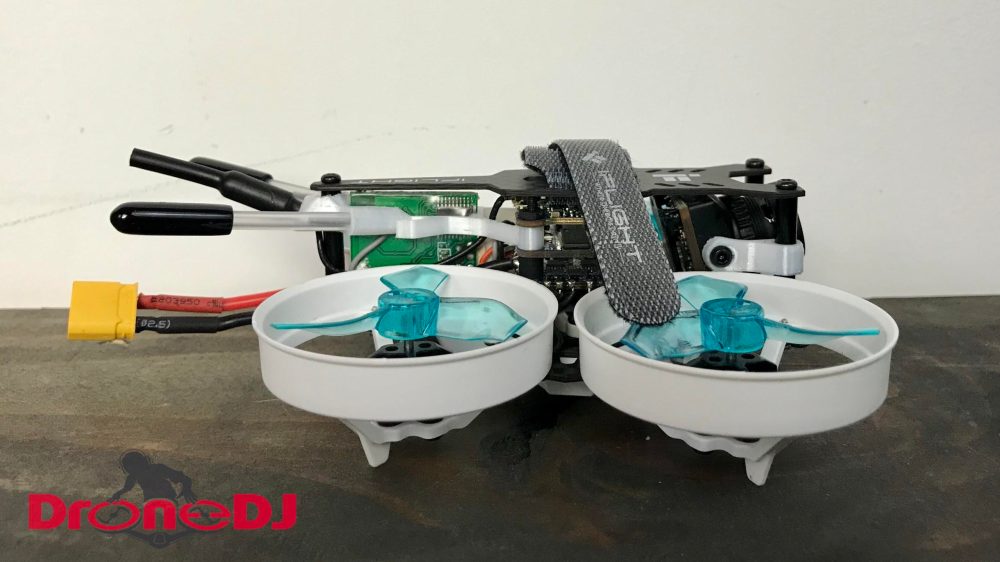 This is one of the better Cinewhoops that you can purchase ready to fly. I have a Mobula 7 HD on the way and have been testing out the Beta 85X HD as well, but the Cinebee has the slight edge. I notice more jello in the Beta 85X video and I happen to like the smaller form factor of the CineBee. We will have to see how the Mobula 7 HD stacks up. Don’t let the name fool you. It won’t perform like the original Mobula 7, but rather very similar to this CineBee. 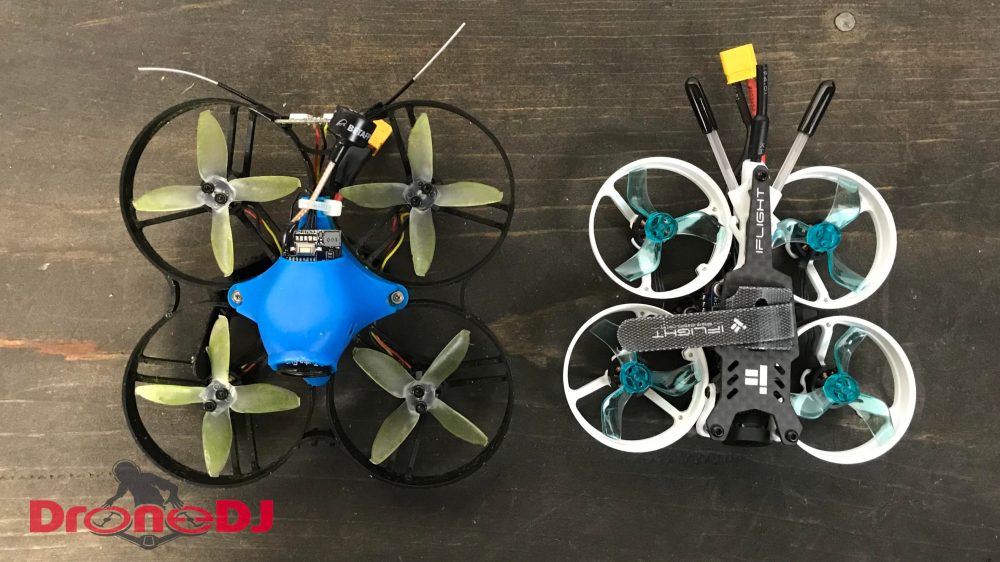 If you are looking for a fun, small quad to capture HD footage then this is the drone for you. If you are thinking that this quad will be able to capture your aerial tricks in HD then you’ll likely be disappointed by its performance. It is just too heavy and the propellers are too small to generate enough thrust to make it an acro machine.  If that is what you want I recommend taking a look at the Tinyhawk, Mobula 7 or Trashcan. Make sure you know what you want because at $179 this quad isn’t cheap. Hopefully, this was helpful. If you want to know more leave a comment or shoot me an email. Happy flying. Learn more about the iFlight Cinebee HERE. 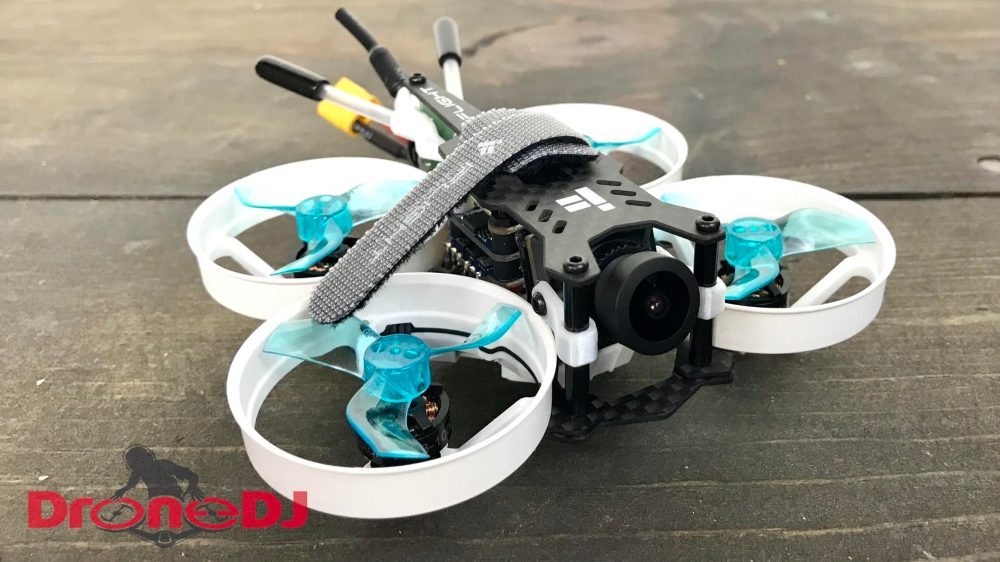