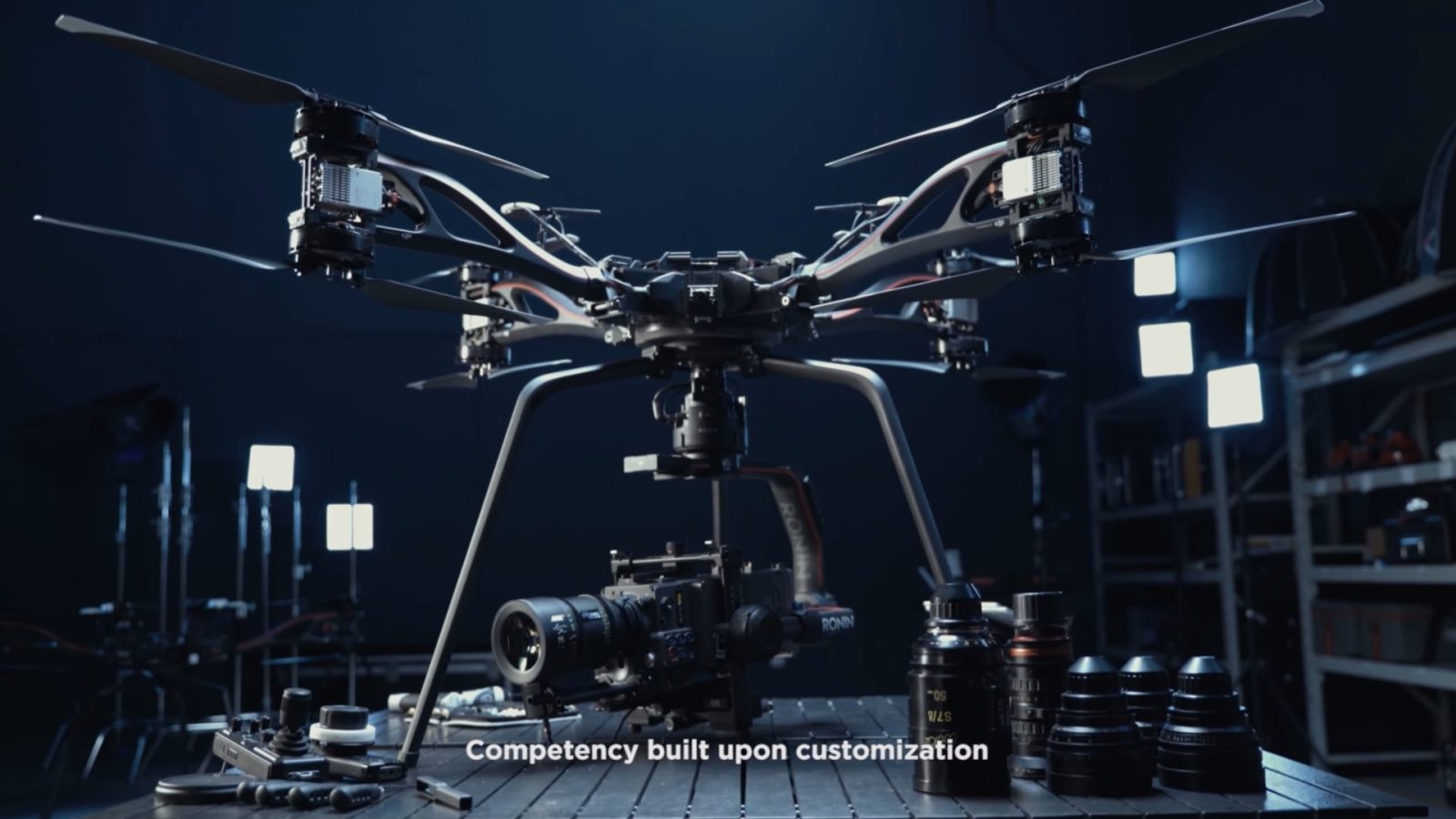 It has happened before, where out of nowhere DJI introduces a new part of their business. Last year DJI quietly launched DJI Pro aimed at aerial photography and videography professionals. Now, it seems that DJI launched a full-service offering for custom aerial cinematography. It is called DJI Studio and they have a special heavy-lifting drone called the DJI Storm. Keep reading for more details on this new custom DJI drone and a video.

The DJI Storm by DJI Studio

The video showcasing DJI Studio and the DJI Storm octocopter drone was quietly posted on Youtube earlier this year.

DJI Studio offers custom cinematography services and it seems to come with a crew, truck, custom drone and other hardware such as DJI MasterWheels. So whatever you aerial cinematography needs are, it seems fair to say that DJI Studio can now provide those to you.

The video is less than 3 minutes long and has been posted by “STORM custom aerial platform”. As of the writing of this article, it has only been seen 781 times. I have contacted DJI for more information, but the US employees couldn’t give me an answer yet. Apparently, DJI launched this service so secretly that even these employees were not made aware.

Anyway, let’s take a closer look at the DJI Storm drone. In the footage, you can see the words “Powered by DJI STUDIO” in the arms of the drone. It is an octocopter with four arms, designed to carry heavy loads. Its maximum payload capacity is 41 pounds. Think professional cinema cameras and lenses from brands like ARRI, Red, and others.

It has the Ronin-2 gimbal integrated. The landing gear of the drone consists of three non-retractable legs. On the motors, it says M10 100-10 KV120, Made in China and a serial number. And, powered by DJI Propulsion Laboratory.

The DJI Storm has a maximum speed of 50 mph. A flight time of 8 to 15 minutes and can operate in temperatures ranging from -10 degrees Celsius to +40 degrees Celsius. Batteries can be swapped out quickly to continue shooting.

The DJI Storm can work together with other DJI products such as the MasterWheels and Force Pro. It also comes with an entire crew and a dedicated production vehicle with an uninterrupted power supply.

It is not certain at this point in time if this new service, called DJI Studio and the DJI Storm drone will be made available in the U.S. Based on the video it seems that this service may be focussed on Asia and possibly other countries such as Australia and New Zealand with more lenient drone regulation.

With this new service, it seems that DJI is competing with a number of their own clients and companies such as XM2 that we recently interviewed at AUVSI XPonential 2019.

We will update this article with more information once we hear back from DJI.

What do you think about DJI Studio and the DJI Storm drone? Let us know in the comments below.