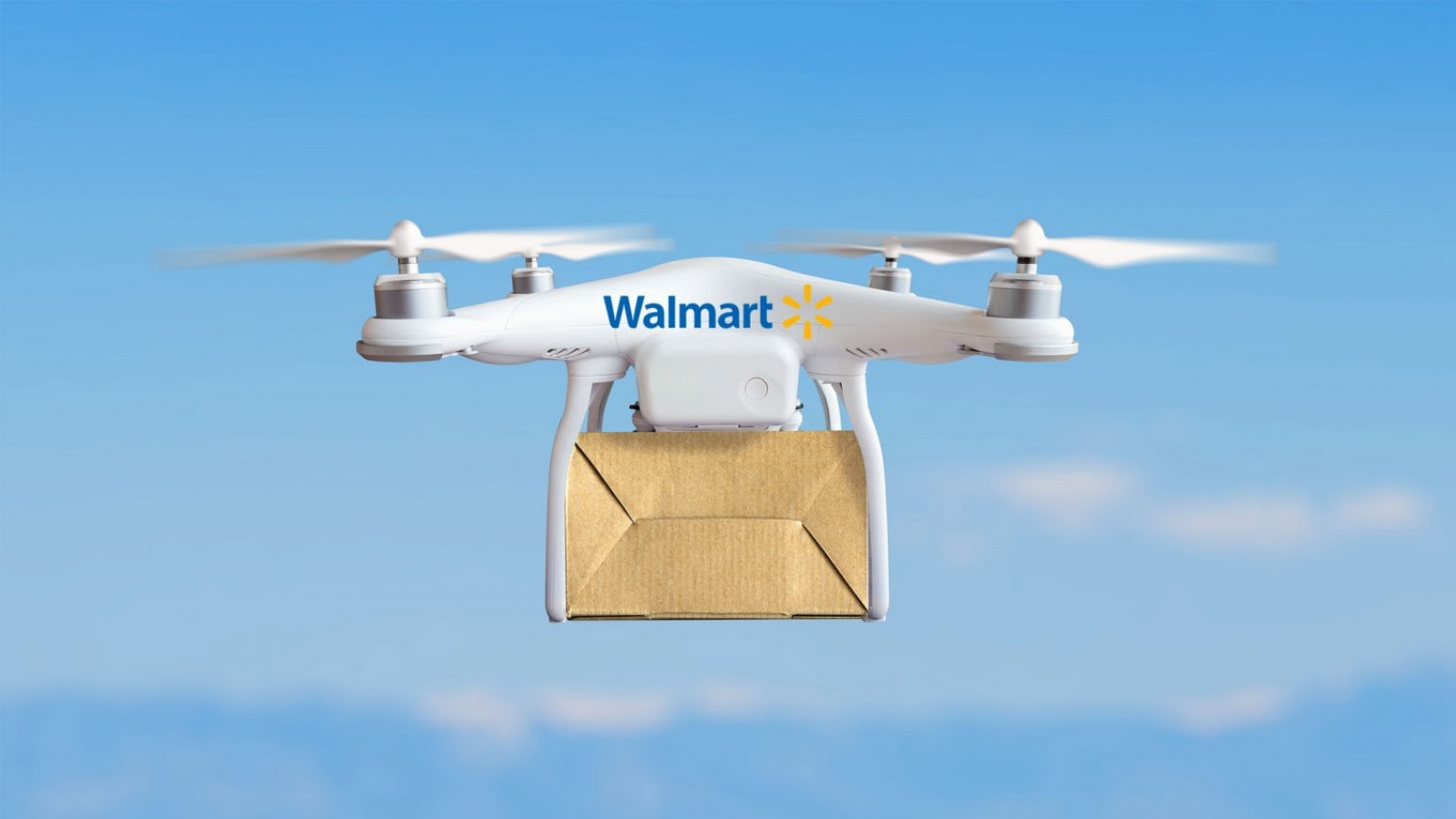 As Walmart and Amazon are battling it out for supremacy in the fast-changing retail world, Walmart is on track to file more drone patents than Amazon for the second year in a row. According to research by the accounting firm BDO Walmart has filed 97 new drone applications with the World Intellectual Property Organization since July 2018. In the year before, Walmart applied for 57 patents compared to Amazon’s 54, according to an article in the Financial Times. More interestingly though, if you look at the 2017/18 time frame, DJI filed more drone patents that Walmart and Amazon combined.

According to the Financial Times [paywall], Tony Spillett, partner at BDO, said that the future of retail “lies in the affordable and rapid delivery of goods. Walmart has one advantage of their physical stores, but they need to be able to compete with companies that can get the products to customers swiftly.”

The battle for retail supremacy between Walmart and Amazon has intensified recently. In April Amazon announced that it would invest $800 million to further decrease delivery times for its Amazon Prime customers in the US. Only three weeks later Walmart responded by announcing that it would roll out next day delivery and select areas with plans to reach 70% of American households by the end of the year.

Walmart also entered into a partnership with Google to allow orders to come in through voice-enabled devices, such as the Google Home Max, from the search giant. Walmart also launched grocery pick up facilities that will allow shoppers to buy online but to collect their groceries in person at a store.

In May, Walmart hired Suresh Kumar, a former Google executive as the Chief technology officer and chief development officer. Doug MacMillan, Walmart’s chief executive sent in a memo to staff:

“we have started a significant digital transformation in our business, but we have a long way to go. We want to pick up the pace and increase the magnitude of change.”

Earlier this month, as we reported on DroneDJ, Amazon said it will start delivering packages by drone “within months“.

According to BDO, Walmart outnumbered the total patents applied in the UK (57 vs 38), which is quite an impressive feat. The global leader, however, is China with about 6,000 patents filed and six organizations featured in the international top 10, with SZ DJI Technology taking the top spot. The United States came in second with 2,045 patents applied followed by South Korea with 741, Australia with 81, and Canada with 79. 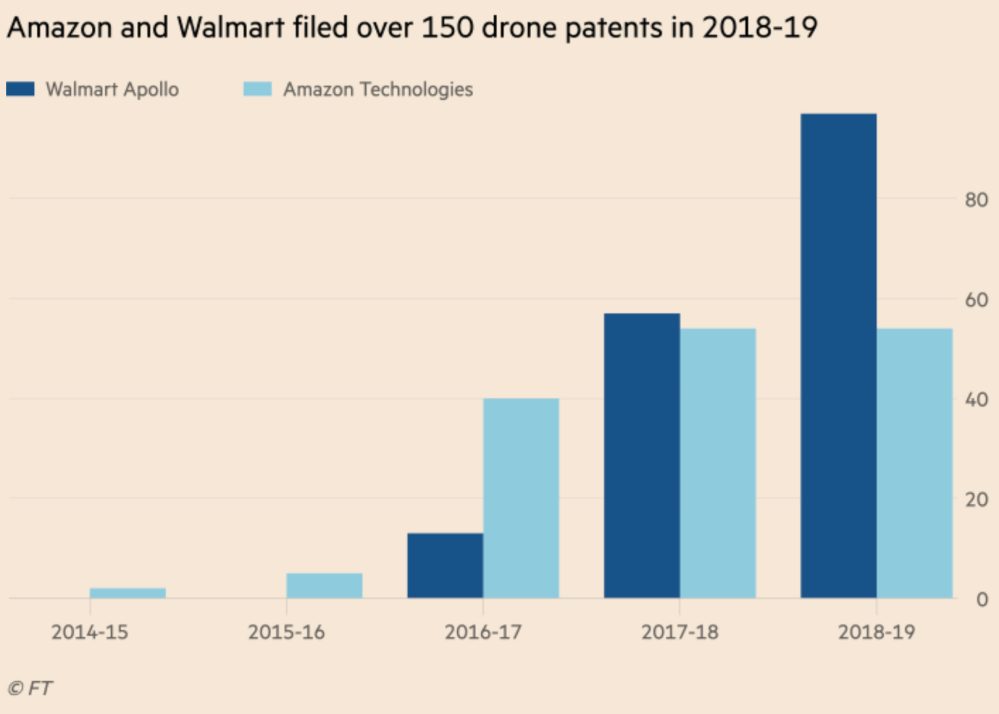 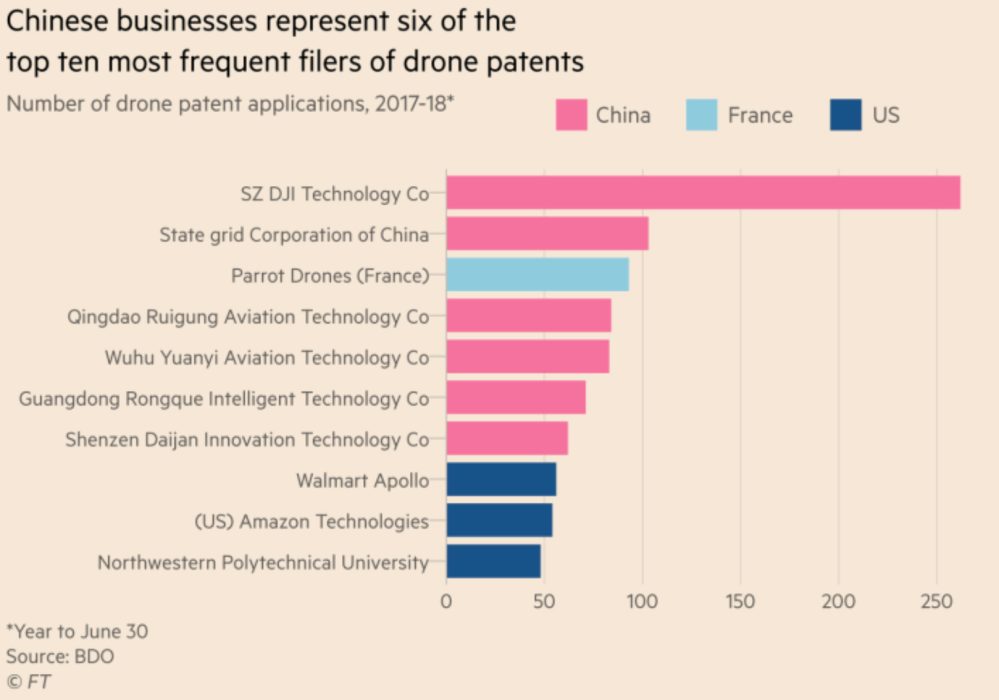 As we have seen with many previous patents applications, they may indicate a company’s interest in developing a certain technology, but it may not lead to any real-world deployment.