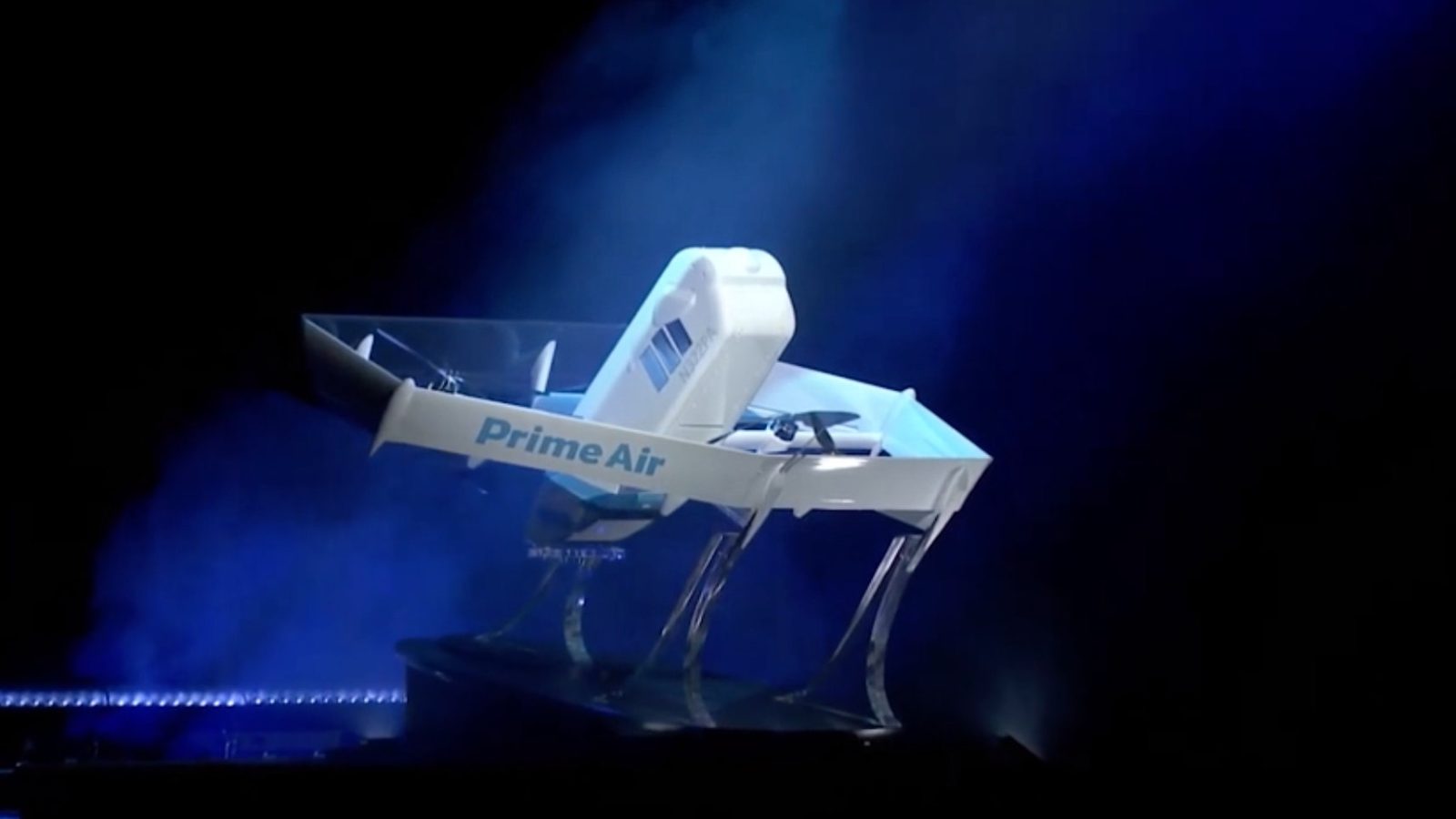 While we were listening to Sean Cassidy from Amazon Prime Air during a panel discussion on drone deliveries at the FAA UAS Symposium in Baltimore, the e-commerce giant introduced the new Amazon Prime Air drone in Las Vegas. The new drone features a very innovative design that can take off and land vertically but also fly horizontally. It can carry packages of up to 5 pounds in its fuselage and can fly a distance of up to 15 miles for up to 30 minutes. Amazon Prime Air said drone deliveries will start in the US in a matter of months.

Jeff Wilke said during a presentation in Las Vegas that the new Amazon Prime Air drone will fly autonomously to deliver packages to its customer’s home in the next few months here in the US. No exact date or location was provided of where these deliveries will be taking place.

The new Amazon Prime Air drone uses machine learning to detect and avoid people and other obstacles while making its deliveries.

“From paragliders to power lines to a corgi in the backyard, the brain of the drone has safety covered,” said Jeff Wilke, who oversees Amazon’s retail business.

Wilkes also said that the fully electric Amazon Prime Air drone can fly up to 15 miles, can carry payloads of up to five pounds in its fuselage and can stay airborne for about 30 minutes.

As you will probably know Jeff Bezos, CEO and founder of Amazon, famously predicted during the ’60 Minutes’ TV show that drones would be making routine deliveries with the next five year. Due to regulatory hurdles that prediction did not come true, but now Amazon tells us that drone deliveries will start within the next few months.

Wilke said that Amazon Prime Air is working with various regulatory agencies (at least the FAA and DoT it seems safe to assume) to get the final approval. Wilkes said: “we expect to do it within months.”

This news bolsters my prediction in the NY Times last year:

Haye Kesteloo, senior editor of the news site DroneDJ, noted that there were many hurdles to routine delivery by drone, even if the vehicles are not being launched from airships. The claimed drone attack on President Nicolás Maduro in Venezuela will not help soothe nervous citizens.

Nevertheless, Mr. Kesteloo, like Mr. Bezos, proclaims himself an optimist. “Companies like Amazon will make routine drone deliveries to consumers by 2025,” he said — only twice as far away as promised.

About one month ago, Google’s Wing Aviation received the first FAA approval to start drone deliveries in certain remote parts of the country.

What do you think about the new Amazon Prime Air drone and its design? Let us know in the comments below.