The Eachine Tyro 129 and the RunCam Split 3 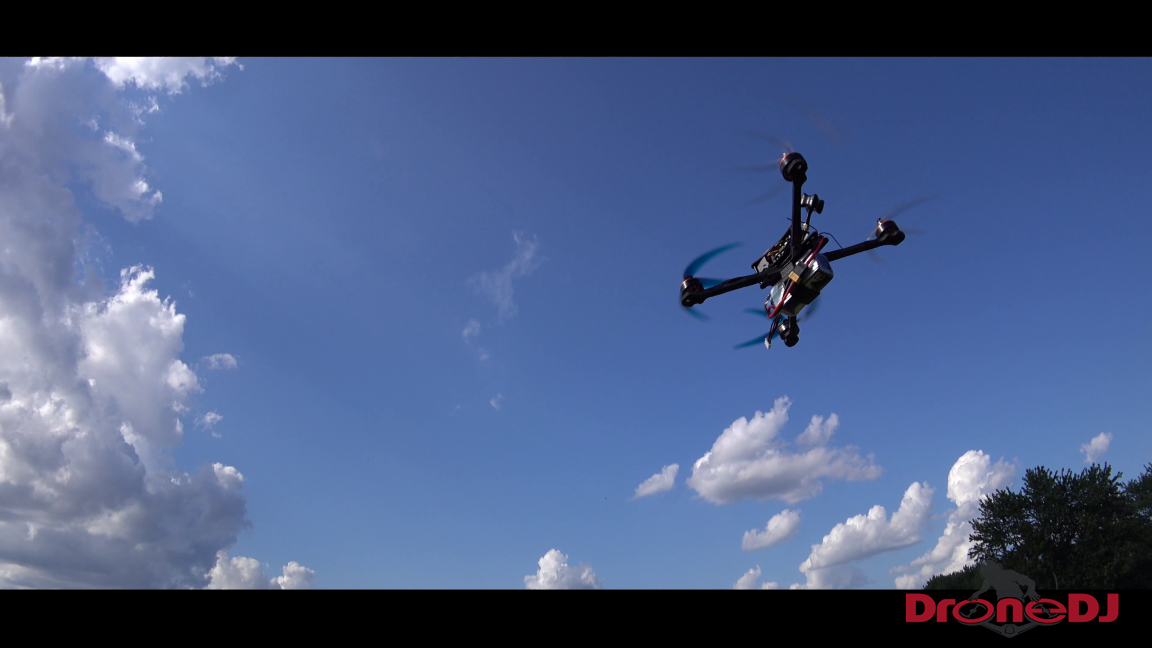 The Eachine Tyro 129 is a low-cost, do it yourself GPS drone kit. This 7″ quadcopter is easy to put together and ideal for anyone that is looking to try their hand at drone building. The Tyro 129 is $129 and comes with all the components you need to put it together. You’ll have to add a battery, receiver, and use your remote to get it off the ground. I found it to be a smooth flyer and swapped out the camera for a RunCam Split 3 to capture smooth HD video.

I have tinkered with hundreds of drones but until now I had never built one from scratch. The Tyro 129 intrigued me and I wanted to start with an easy to build kit. There is very little soldering and most of the components are plug and play. You do have to solder the motor wires to the ESC as well as the XT60 connector but after that, if you can operate a screwdriver you can build this drone. Keep in mind this is a big boy, a 7″ drone. It makes even a 5″ quad like the Eachine Wizard look small. 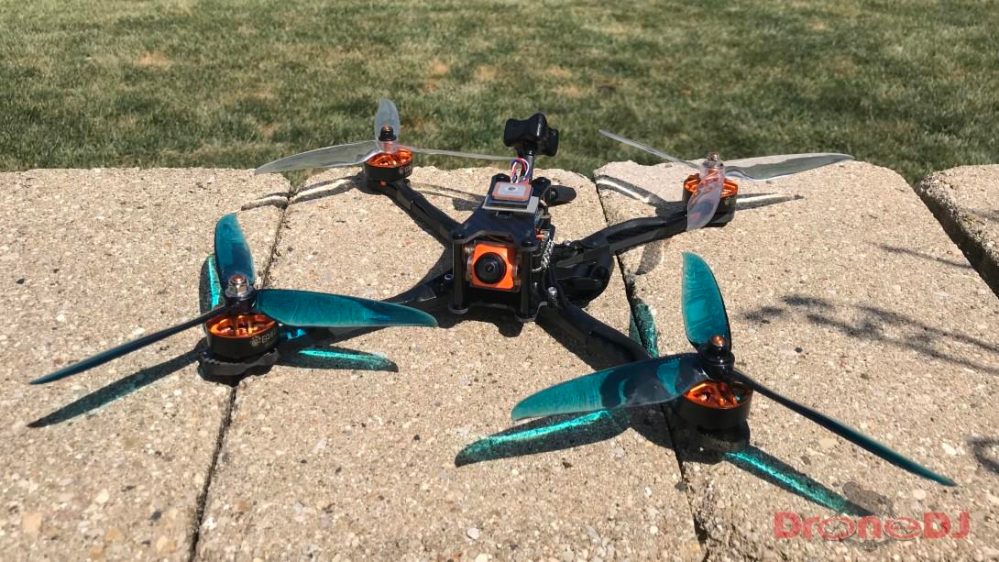 All of these are solid on the surface but likely inexpensively sourced. I used them all with the exception of the Caddx. There isn’t anything wrong with it but I had a new RunCam Split 3 laying around and I was itching to put it on a drone. 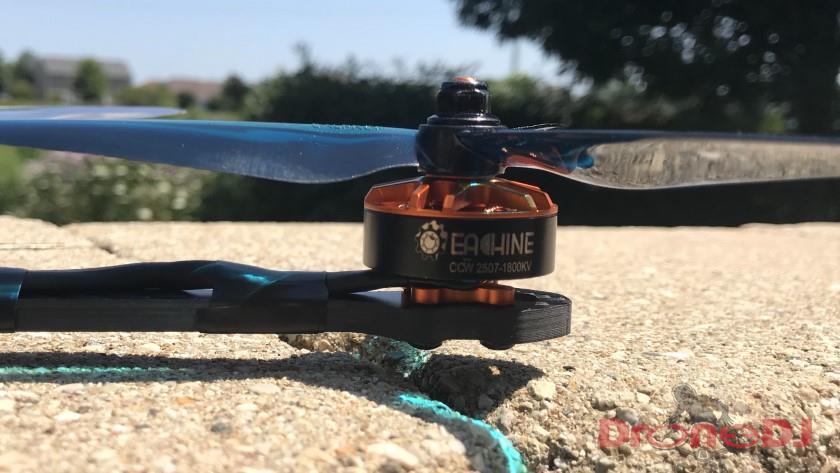 The RunCam Split 3 is an impressive little camera. It is much better than the original RunCam Split and leaps and bounds better than the Caddx Turtle. It has good color and clarity coming from the FPV feed. The HD recording is also very good. Changing settings is a bit difficult but that is par for the course with these little HD camera setups. It will record in 1080p at 60 fps and records .MOV files. It isn’t as good as a GoPro or even my Foxeer Box 2 but it is still pretty solid. Keep in mind that this little HD camera is $69, or a little more than half of the cost of the Tyro 129.

Take a look at this picture taken from the RunCam Split 3 onboard the Eachine Tyro 129. Like a typical FPV camera, you can see the propellers in the shot. It also has some distortion that is quite apparent when you look at the horizon. However, if you like to record your flights it is still much better than the typical analog video feed. 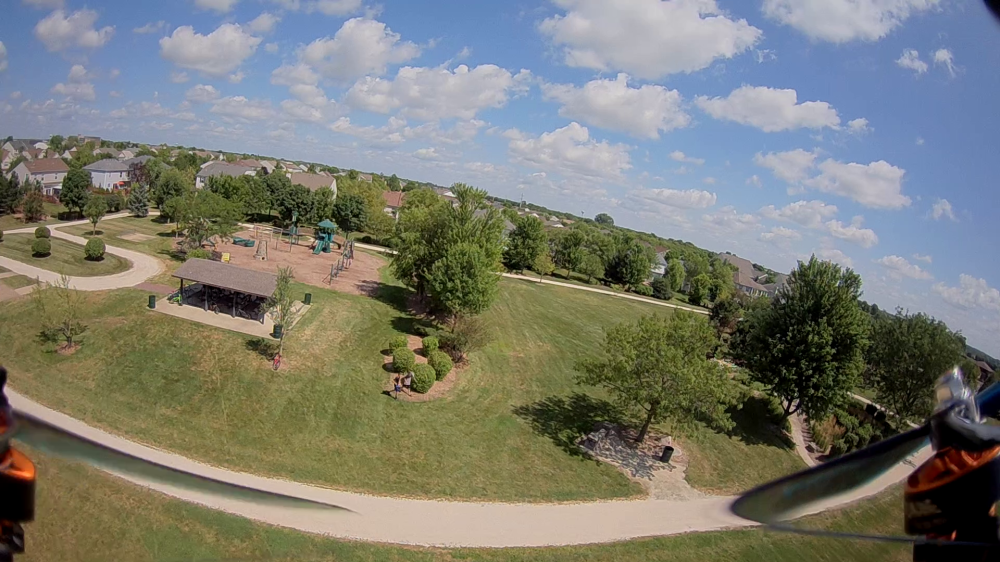 Building the Eachine Tyro 129 was pretty easy as was setting it up in Betaflight. I recommend taking a look at Albert Kim’s Tyro series if you need a bit of assistance. The Tyro 129 was very smooth and easy to fly. It isn’t your 5″ freestyle quad but it is more than capable of doing some flips and rolls. It is very stable and the larger frame and props make it a good long-range quad. The GPS unit is a nice feature that you can use to help bring the quad back home if you lose orientation or signal. I tested it out and it worked surprisingly well. It isn’t exactly a return to home feature but it will bring the drone back to your general location if you activate it. 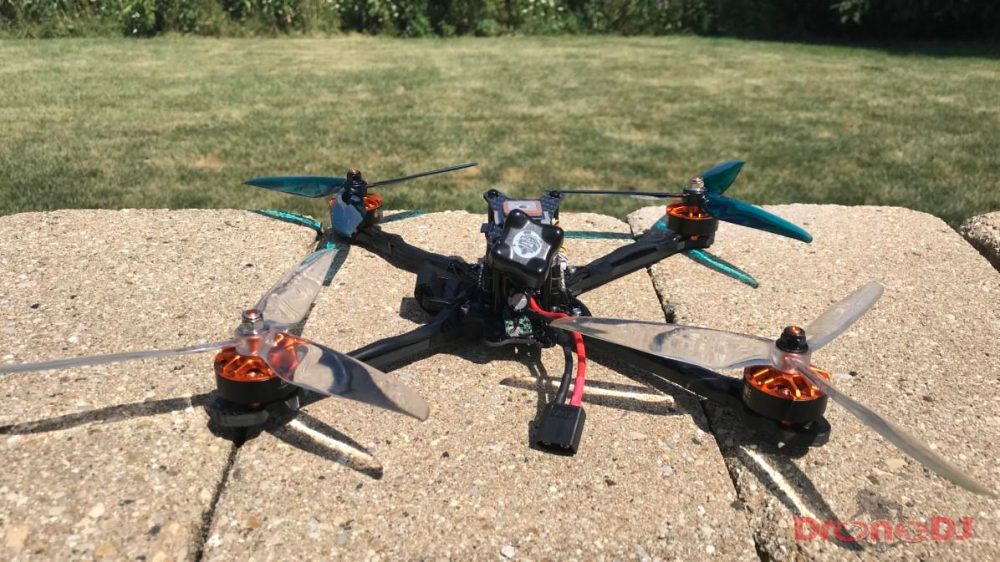 If you are looking for something to build without breaking the bank, then the Eachine Tyro 129 is a good place to start. Keep in mind it is a rather large drone and for that reason, I wouldn’t recommend it for a true beginner. If you are new to flying FPV then pick yourself up an Emax Tinyhawk. The Eachine Tyro 129 is suited for someone that wants to learn how to build and wants a low-cost investment to start with.