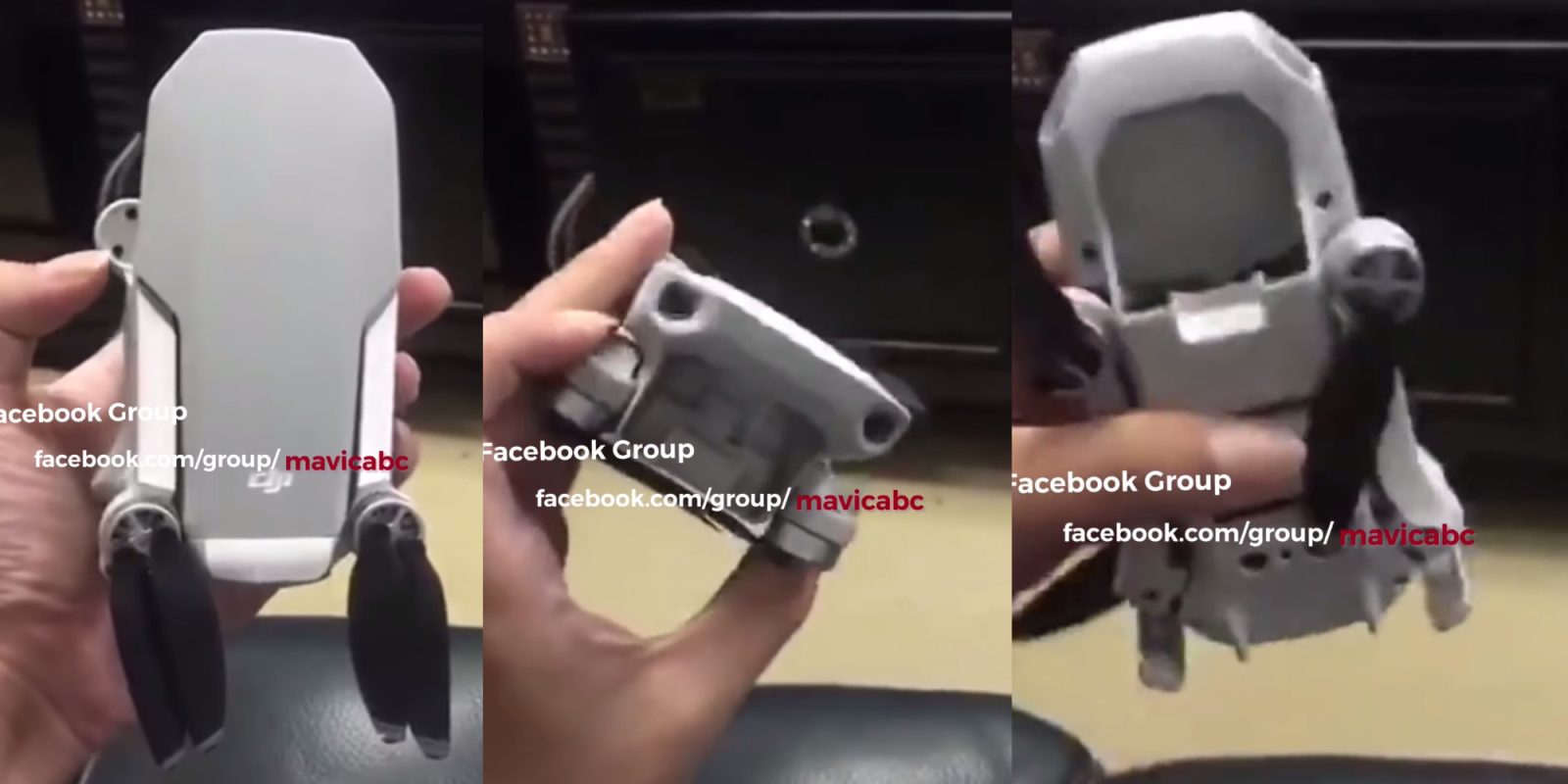 The news just doesn’t seem to stop when it comes to the new DJI Mavic Mini. First, we see the photos, then we learn about the price, then the specs of the DJI Mavic Mini leak and now we get to see the first video of the seemingly soon to be released DJI Mavic Mini. Check it out.

This first DJI Mavic Mini video was forwarded to us just 15 minutes ago and was only uploaded to YouTube about two hours ago so it is all very new information.

In the 23-second clip, we see someone holding the new DJI Mavic Mini and turning it around in front of the camera. A white DJI logo is clearly seen right above the battery door. On that door and also on the two front arms there is white protective tape still. It is unclear if this is the same mini-drone we have seen in the photos we published earlier.

What stands out in this DJI Mavic Mini video is that there is no gimbal installed. The entire gimbal and camera unit has either been removed or has not yet been installed on this particular drone.

As the DJI Mavic Mini is spun around we see the obstacle avoidance sensors in the drone of the aircraft as well as on the bottom. The latches to open the battery door are hidden behind the folded legs. The battery door is open and fully opened at the end of the clip. We see the same USB connection and a micro SD card slot. They are not protected by the battery door and would be exposed to the elements when flying.

The overall impression, after having watched the video a number of times, is that this drone is indeed very small and lightweight. Obviously, the camera/gimbal unit is still missing and the battery has been left out.

What do you think about this DJI Mavic Mini video? Does this look like a new DJI mini-drone that will weigh less than 250 grams? Let us know in the poll below.