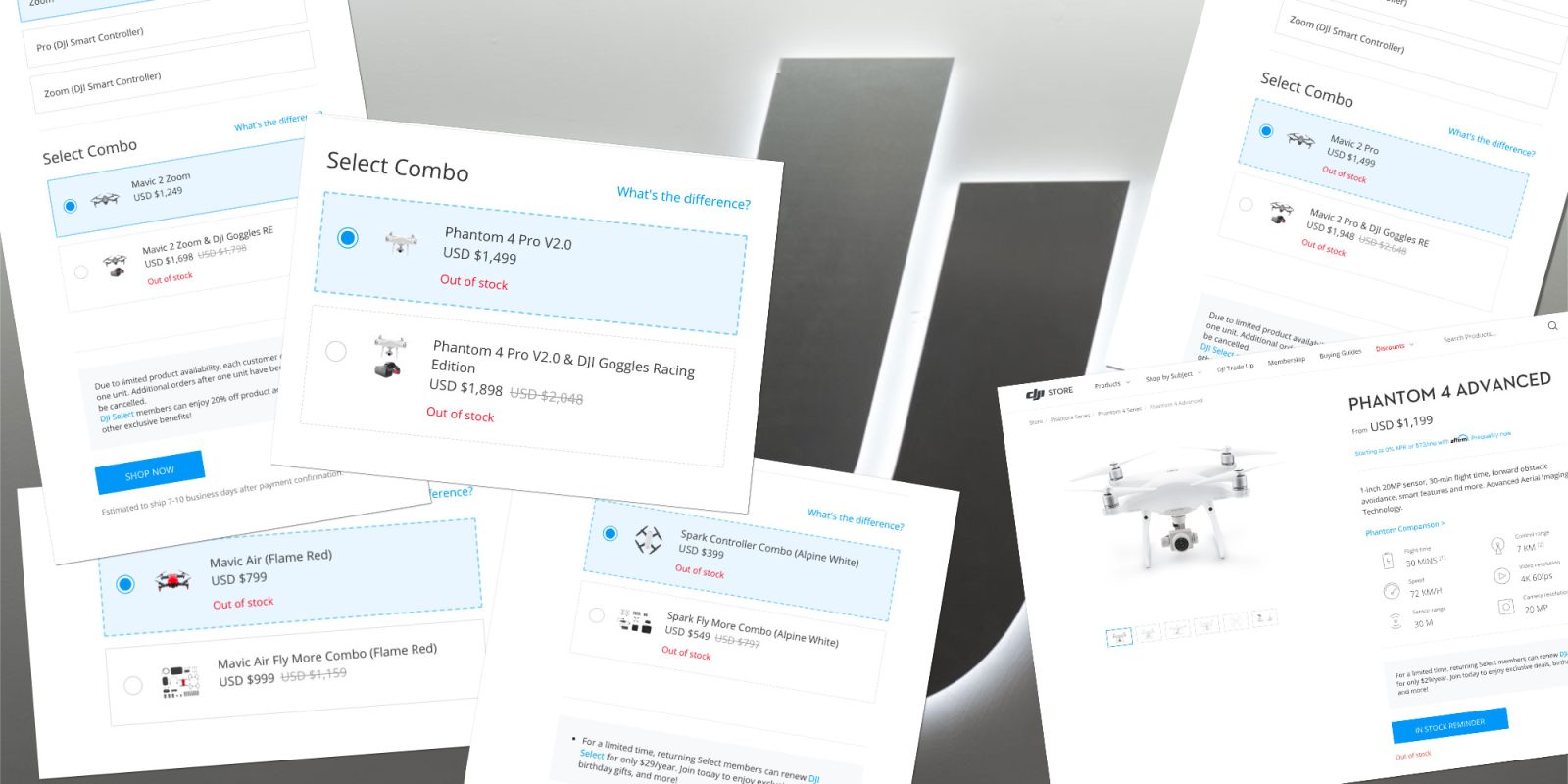 The world’s largest drone maker, DJI, has almost no drones available at their official online store in the US. We just checked their website and put together a little overview to show that almost all DJI drones are out of stock at the official DJI online store.

Almost all DJI drones are out of stock

The world’s largest drone maker, DJI, has hardly any drones available for purchase in their online store in the US.

The big sellers such as the DJI Mavic 2 Pro and the entire Phantom 4 series are out of stock as well. Two days ago, the DJI Phantom 4 Advanced reappeared for a very short time in the official DJI online store but sold out quickly. Yesterday evening, the Phantom batteries were available for a short period as well, but they too sold out almost immediately.

We have heard from industry insiders that the DJI Phantom 4 Pro V2.0 will become available again in September for some time. We do not know if the P4A will be making a comeback as well, but we hope so.

Note: Some of the retailers listed at the bottom of this article might still have some drones in stock. So be sure to check with them if the drone of your choice is no longer available through DJI directly.

The large number of DJI drones currently listed as out of stock on the DJI website leave many guessing as to what DJI’s plans are. The holiday shopping season is almost around the corner, and it’s hard to imagine that DJI will not have any kind of exciting drone product on the shelves for people to buy.

One option is that the recently exposed DJI Mavic Mini (or Mavic Air 2 or Spark 2) might make a surprise introduction before the shopping season kicks off. However, that doesn’t leave DJI with a lot of time, since the shopping season starts at around Thanksgiving in the US.

Further complicating things is the ongoing trade war between the US and China and the threat of increasing tariffs.

What do you think is going to happen? Are we going to see any new DJI drone before year’s end? Let us know in the comments below.