Drone bubble bursts and wipes out startups, according to Bloomberg 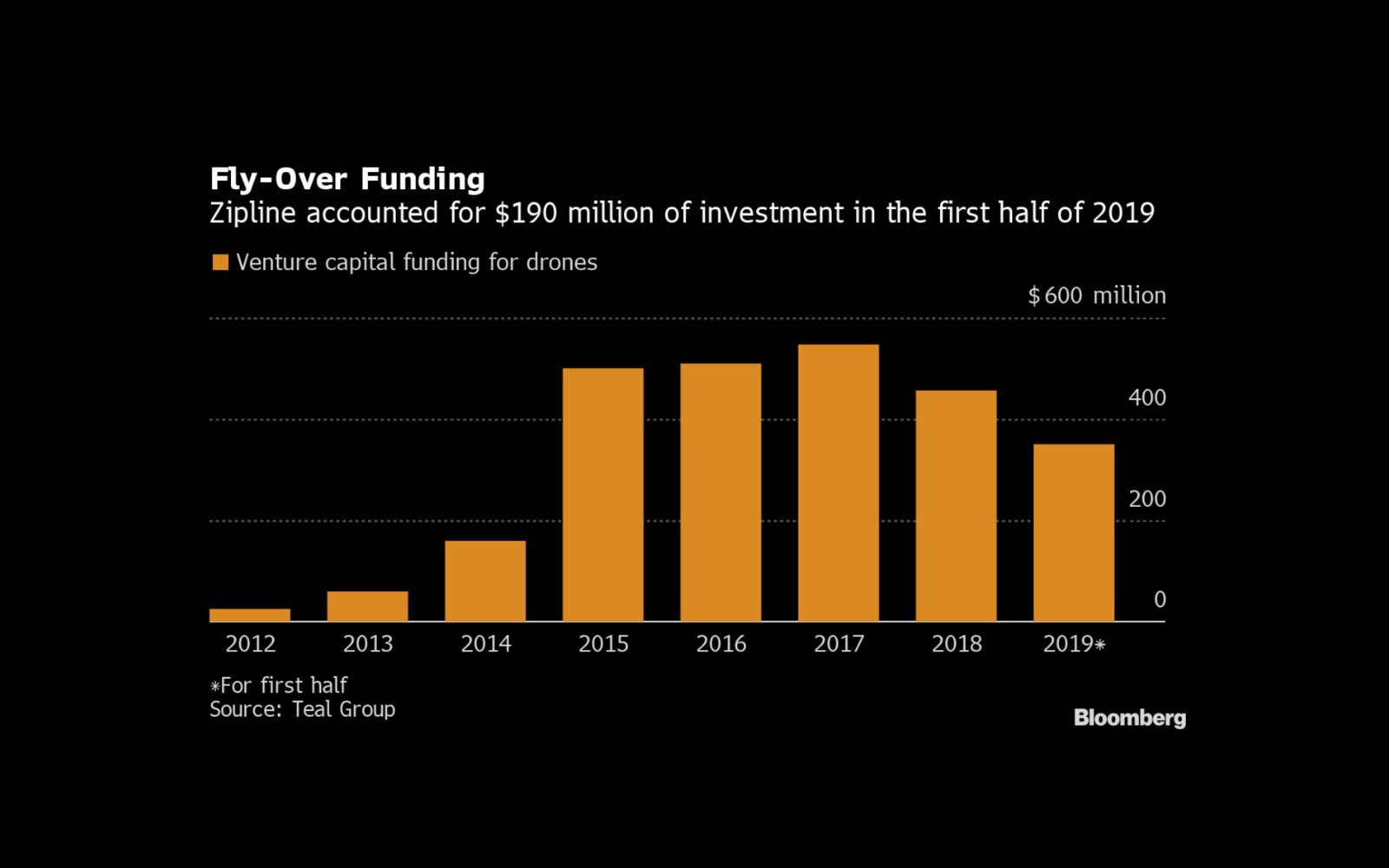 Over the Labor Day Weekend, Bloomberg posted an article that talks about how the drone bubble has burst, wiped out startups, and hammered venture capital firms. Since the start of the decade, many millions of dollars have been generously poured into the unmanned aircraft industry and even though drone applications are still expected to impact a wide variety of businesses, ‘for now, all that over-heated enthusiasm is getting a cold blast of reality.’

Jack Pitcher writes for Bloomberg that:

New commercial drone businesses flooded into the market at the start of the decade, flush with venture capital and giddy with visions of unmanned aircraft being used for everything from delivering packages to fertilizing farmland.

Unmanned aircraft are still seen as a pillar of the future. But for now, all that over-heated enthusiasm is getting a cold blast of reality.

Some of the biggest startups began closing their doors last year after burning through hundreds of millions in venture capital poured into a fledgling industry that, despite forecasts for explosive growth, is taking longer to mature than expected.

The article references companies such as Parrot that recently announced it would stop its toy drone line after cutting their workforce a year prior. The drone software startup Airware Inc that had to shut its doors and laid off 140 employees after raising $118 million. And of course, GoPro got out of the ‘extremely competitive’ drone business after their failed GoPro Karma launch.

The Bloomberg post also covers the rapidly changing landscape in the drone industry as well as the slow-moving regulatory process that has prevented many companies from rolling out their drones services sooner.

At least 67 drone startups have been sold since their inception, according to Crunchbase, which collects data on private companies.

PrecisionHawk Inc., an industry leader in drone services such as inspection and data analysis, said it acquired five startups in 2018.

Venture capitalists poured $2.6 billion into drones from the beginning of 2012 to June 2019, according to Teal Group, an industry researcher. The rapture began to evaporate last year as startups founded during ‘peak hype’ in the commercial drone industry ran out of money before they could generate profit and couldn’t secure additional funding, said Wackwitz.

At least 25 drone startups have shut their doors this decade, with the largest burning through a total of $183 million in funding, according to Crunchbase’s online reports.

Federal regulation of the aircraft has been slow to catch up, and is holding back many businesses from expanding.

While we agree that the drone industry has gone through a turbulent decade and the consumer drone market definitely seems to have cooled off, we think that the commercial or enterprise market for unmanned aircraft is still about to take off. Our sense from talking to many industry people over the last two years is that many businesses in the insurance, telecommunications, construction, mining, and agriculture sectors are still discovering the value that drones can offer and that implementation of these unmanned applications on a larger scale is about to take off. When you look at the first responders’ sector that includes police forces, fire departments, and rescue workers you see a similar trend with many getting started with drones or expanding their fleet and use of the unmanned aircraft.

Pending and developing drone regulations play a key role in enabling the commercial drone industry to grow faster and in that sense, the UAS Integration Pilot Program has been an important initiative to get commercial drone applications started in the US.

What do you think about the evolving commercial drone industry? Let us know in the comments below.