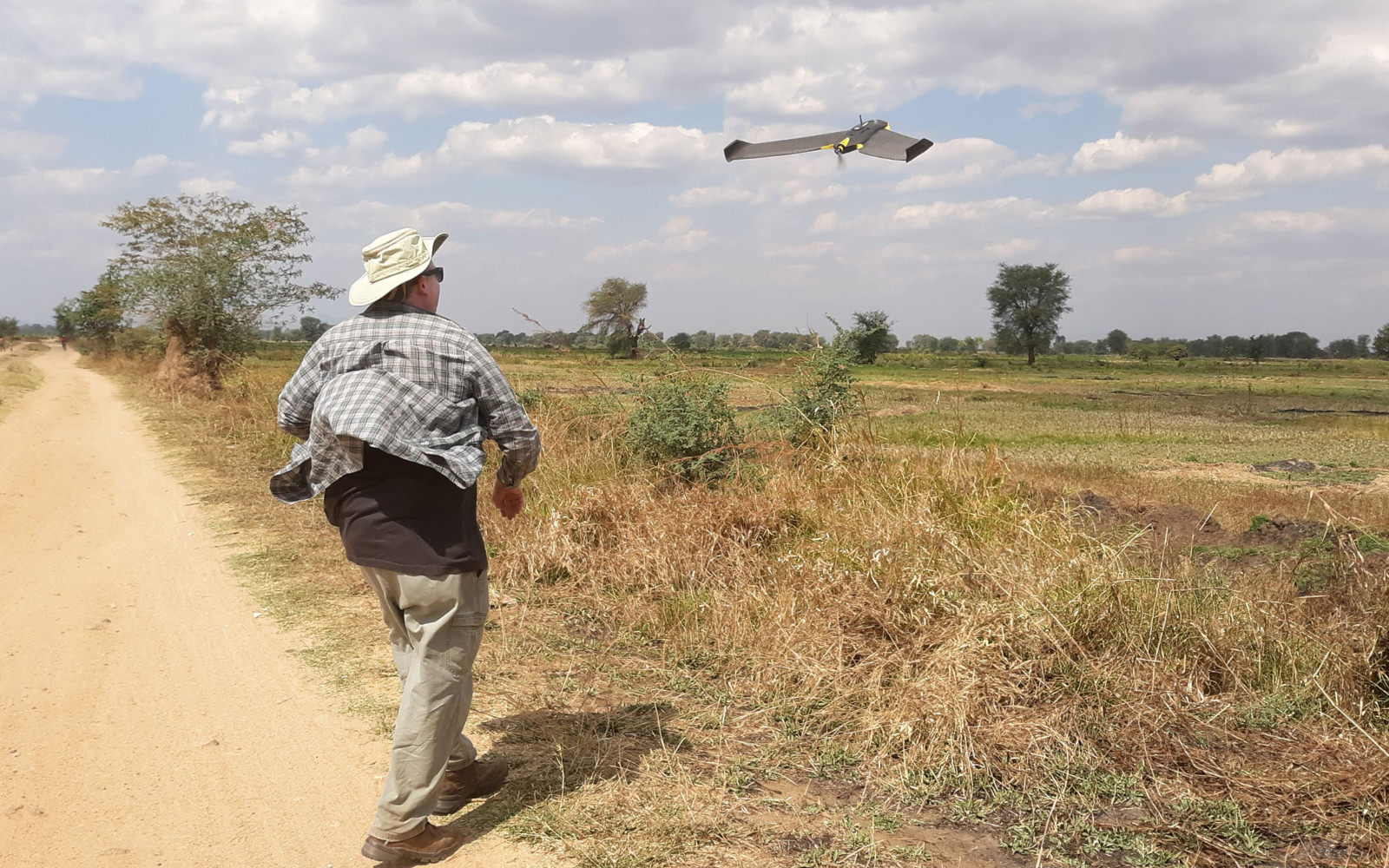 Oakland University Professor Jon Carroll went to Africa last summer to explore how drones can help in the fight against Malaria. He is using unmanned aircraft and software used for precision agriculture to support public health, environmental protection, food security, and other efforts.

Drones to fight malaria in Africa

The research team spent nine days in the East African nation of Malawi, where they collected data to assess the effectiveness of drone imagery in detecting areas of standing water – common breeding grounds for mosquitos, the chief transmitters of malaria.

“You have to compare the aerial imagery with data collected on the ground,” Carroll explained. “That’s how you gauge the reliability of the drone photos.”

…drones allow researchers to capture high-resolution images that far exceed the quality of those produced by satellites.

Africa is at the forefront of drone applications. The typically more lax regulations in African countries allow for drones to be used in a variety of ways currently not possible in Europe or the US. Zipline with its drone delivery system of medical supplies and blood samples is probably one of the best examples. The California-based company has successfully completed about 16,000 drone flights in Africa.

You can read the entire article here. What do you think about using drones to fight Malaria? Let us know in the comments below.