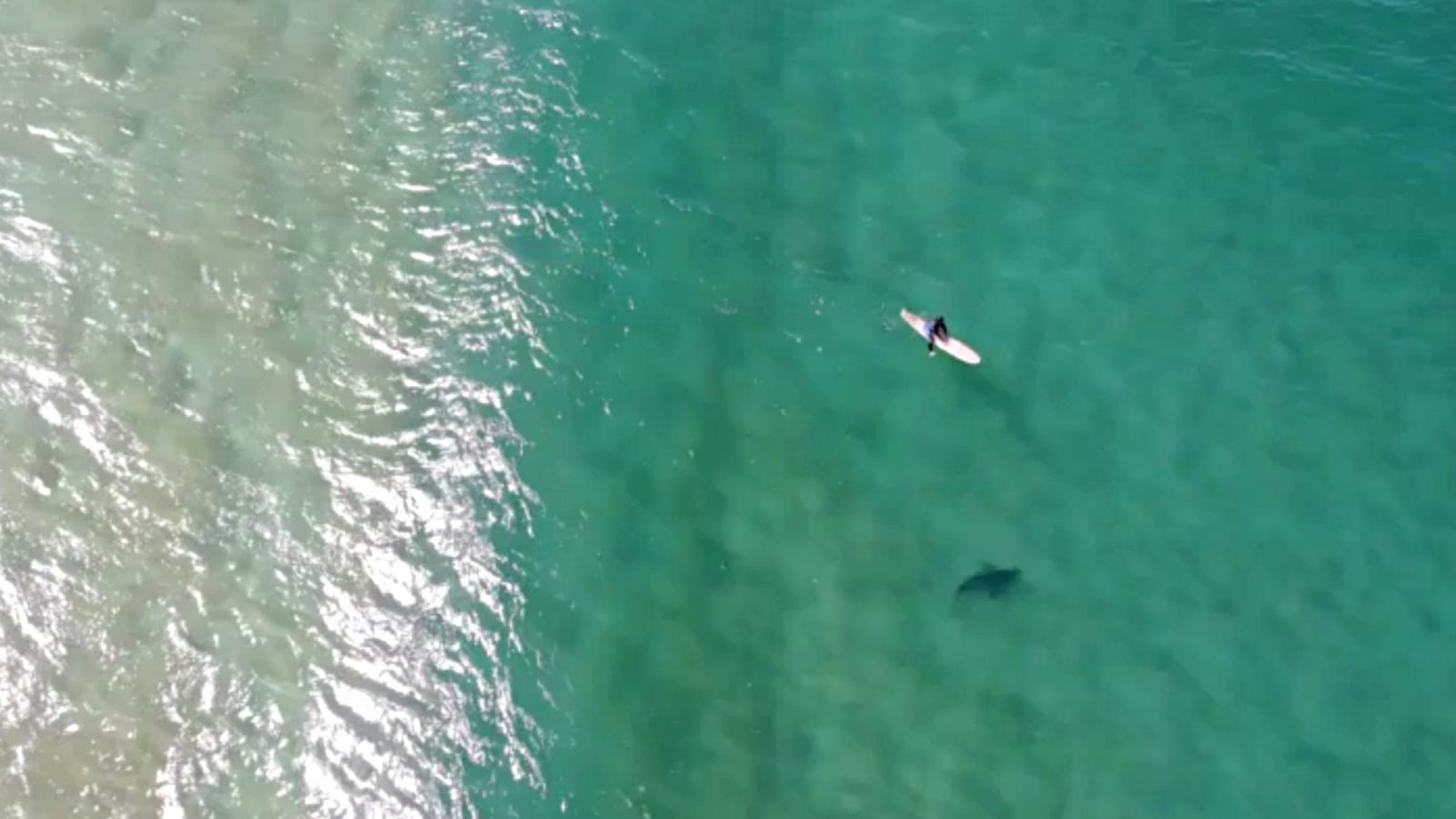 A quick-thinking drone pilot used the speaker on the Mavic 2 Enterprise to warn a surfer of an approaching shark at a beach south of Wollongong, Australia. After hearing the warning the surfer quickly paddled back to shore, while the shark swam off into deeper waters.

The quick-thinking drone pilot, Christopher Joye, captured the footage of a large shark approaching the surfer in the waves at Werrie Beach, south of Wollongong, Australia.

Joye was actively patrolling the ocean with his DJI Mavic 2 Enterprise looking for sharks when he spotted the predator swimming towards the unsuspecting surfer.

“At Werri Beach today this large shark was approaching a surfer, and I used my drone’s speaker system to warn him. Watch him look up at the drone, then bolt, with the sudden splashing warding off the approaching shark.”

“I saw this large shark that looked about three metres to four metres circling a surfer. The surfer was completely oblivious even though the water was very clear. I used the speaker system to warn the surfer as the shark started clearly heading towards him. As the surfer swung his board towards the beach the animal was spooked and thankfully bolted back out to sea. To me it looked like either a bronze whaler or a great white, but I am not sure. I have seen numerous sharks at Werri using drones but this is the first time I have been able to warn anyone with the speaker system. It is also the first time I have seen one heading for a surfer.”

Many people in the comments on Twitter applauded the drone pilot for his quick response.

At Werri Beach today this large shark was approaching a surfer, and I used my drone's speaker system to warn him. Watch him look up at the drone, then bolt, with the sudden splashing warding off the approaching shark @smh @FinancialReview pic.twitter.com/awjDHMoUVq

What do you think about using drones such as the DJI Mavic 2 Enterprise to patrol beaches for sharks? Let us know in the comments below.