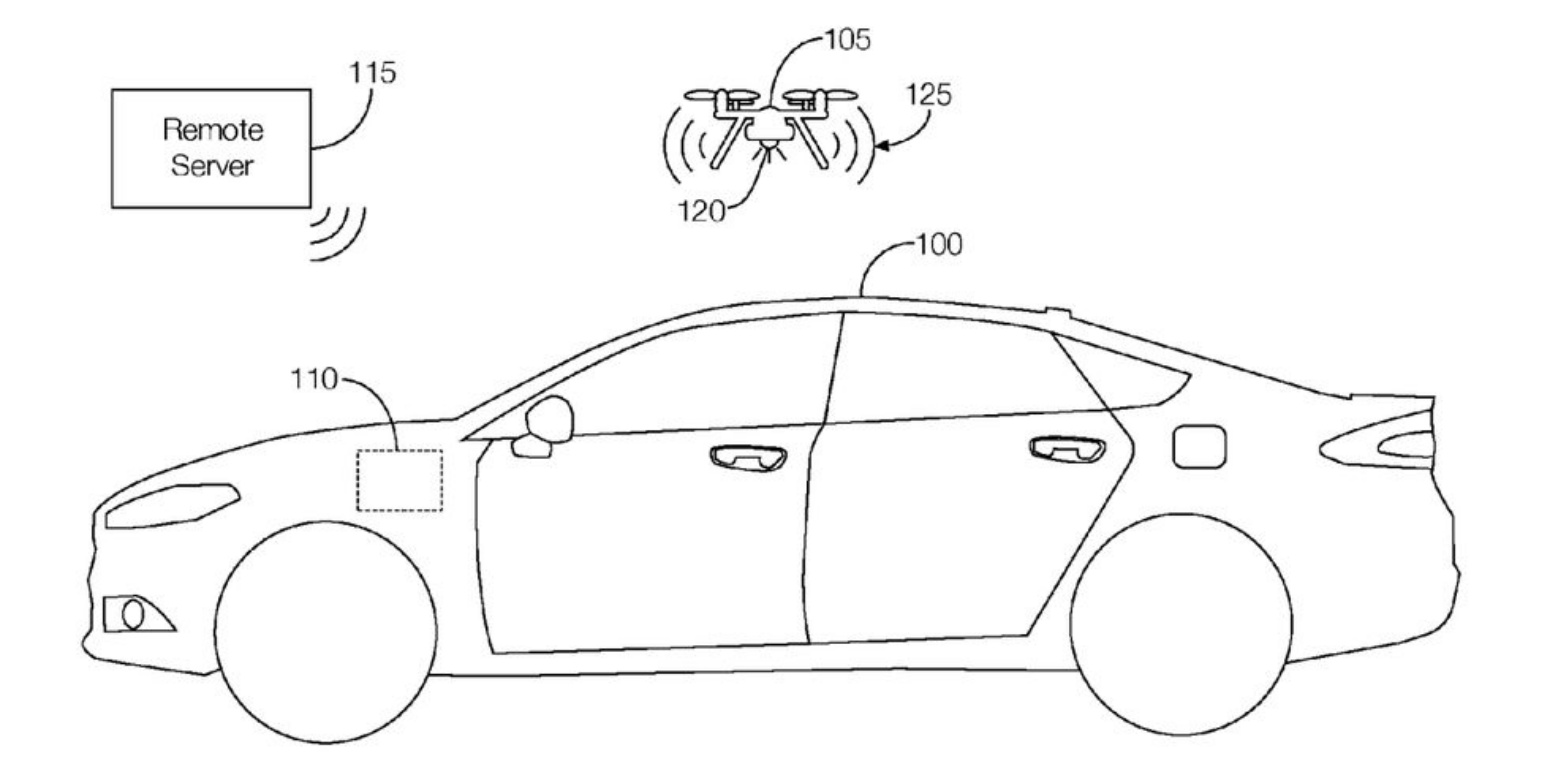 Ford has patented a drone that can fly directly from the vehicle to perform security and emergency aid functions. The drone is a quadcopter design and can be programmed and customized.

This is not the first time Ford has patented a drone

It is not the first time that we have seen interest in drones by Ford. More than a year ago, Ford presented a drone ID system by using the LEDs on the unmanned aircraft. Later, Ford wondered whether people would like to have a drone to go with their F150. And now Ford is researching the idea of using drones as part of an emergency response system.

Ford says about its drone research:

As drone adoption accelerates, we think many of our customers will want to use these devices as part of their lifestyle.

As a result, Ford has proclaimed its interest in new approaches to “mobility,” which includes unmanned aircraft. In Ford’s patent from October 10 that was filed with the US Patent and Trademark Office, one can see an illustration of a quadcopter that is designed to perform security and emergency aid functions. The patent informs us that the drone can be stored and charged in the trunk of the car.

The drone can follow the car as it drives down the road, or it can signal the location of the vehicle to emergency services in case of an accident or malfunction.

Although the patent says that the drone can be used in all kinds of vehicles such as SUVs, trucks, and sedans, the illustration in the patent filing seems to show a Ford Fusion, according to Car and Driver.

The patent filing does not provide any information as to whether the drone will be manufactured by Ford, or possibly another drone manufacturer, such as Skydio.

Ford is not the only car manufacturer that we have seen contemplating the use of drones with their vehicles. Recently we saw an Audi that used multiple drones to guide the way. In another example, we saw Porsche showing a drone taking off directly from the trunk of one of their concept sports cars.

What do you think about the use of drones in combination with your car? Do you see any potential for a drone as part of an emergency response package? Do you have other ideas as to how drones might be used? Share your thoughts with us in the comments below.