Skydio enters the commercial drone market with the Skydio 2 Dock 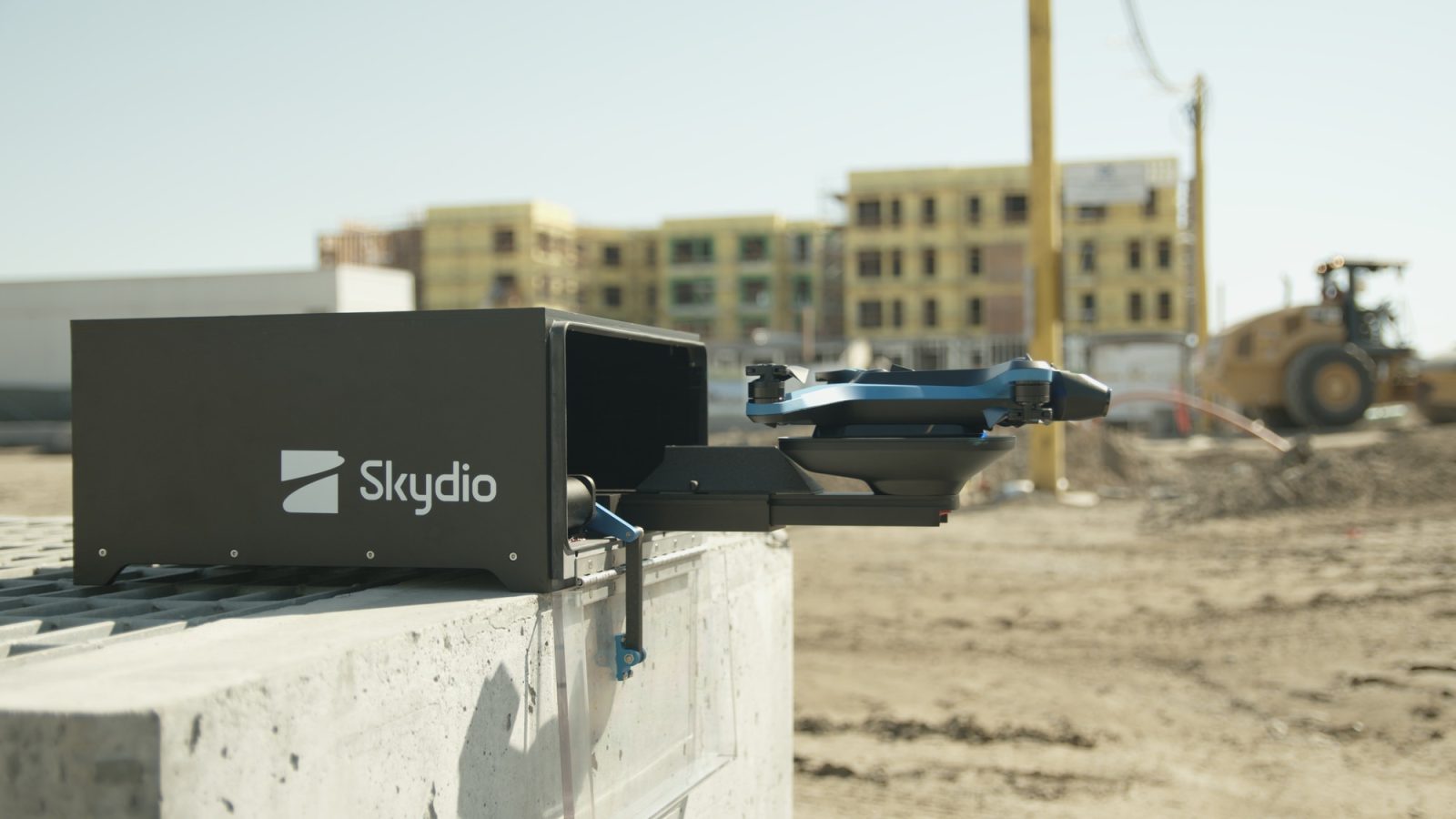 Skydio enters the commercial drone market with the Skydio 2 Dock, “a self-contained, weatherproof, charging base station for the Skydio 2 drone that enables truly persistent operations for enterprise applications.” Meaning, you can have this box sit outside at your construction lot, mining operation, or landfill and have the Skydio 2 fly autonomous missions regularly to map the location and update you on the progress of your building, your mining stockpiles, or the speed at which you’re filling up the landfill. Or at least in theory that would be possible. In reality, there are some regulatory hurdles that will need to be overcome first. Skydio’s announcement was made during the DroneDeploy Conference 2019 in San Francisco.

“The concept of a “drone in a box” has long offered the promise of fully automated data collection for myriad enterprise applications from repeated mapping of construction sites, to security patrols of sensitive areas, to keeping drones on call as first responders for emergency situations. However, nothing has come close to delivering on those promises. Existing solutions are massively complex, expensive, and impractical. And beyond all of this, if you want persistent operations that don’t require a pilot in the loop, you need a drone that’s smart enough to fly itself.”

“The Skydio 2 Dock brings together the most advanced autonomous drone in the world with a compact, lightweight, and accessible dock solution. It fits in a carry-on suitcase, can be set up in minutes, and uses the proven Skydio Autonomy Engine to intelligently accomplish complex tasks.” 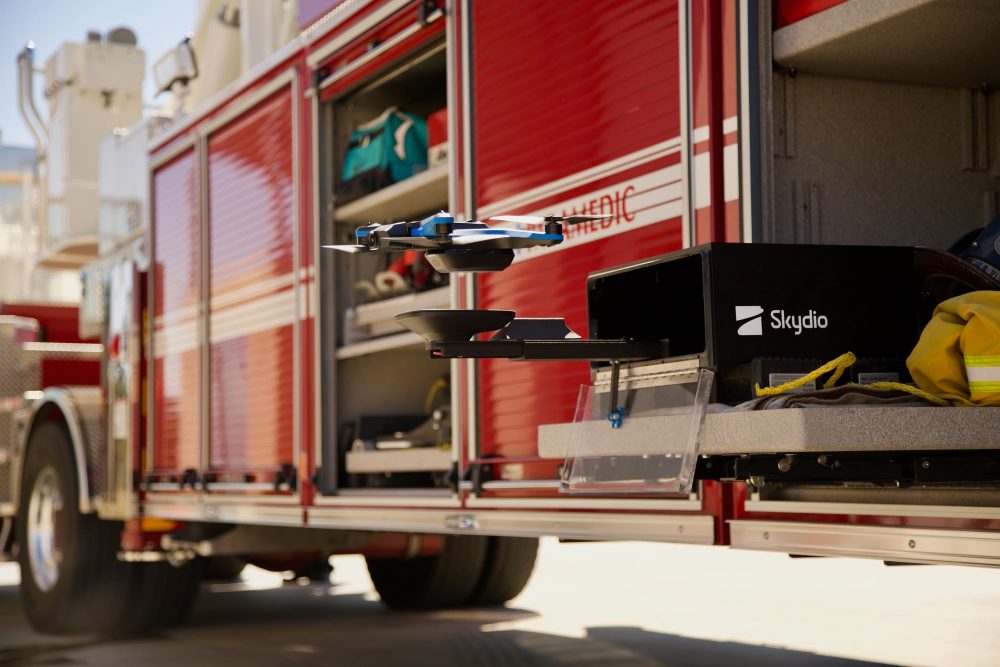 Having a drone semi-permanently installed at a location to fly missions autonomously does raise a number of questions, most certainly, regulatory questions. Who is flying the drone and where is that person located? Under the current FAA regulations, it is illegal to fly a drone beyond-visual-line-of-sight (BVLOS) without a special waiver. How this will impact Skydio’s ability to sell the Skydio 2 Dock and for its customers to start using the Skydio 2 Dock for regular drone missions is unclear.

I would imagine that as long as a Part 107 drone pilot is present and able to control the drone at all times while keeping the aircraft in line-of-sight, flying the Skydio 2 to inspect for instance a construction yard would not be a problem. Although that means that the drone mission is not one hundred percent autonomous yet. Alternatively, you could apply for a permit or waiver with the FAA.

IEEE Spectrum reported that Adam Bry the co-founder and CEO of Skydio said the following:

“Under current regulations a Beyond Visual Line of Sight (BVLOS) waiver would be required. We think that a small, light, safe drone with advanced navigation and collision avoidance is an excellent candidate for persistent autonomous operation. Our general view is that it’s our responsibility to establish that the system satisfies all relevant safety and logistical concerns, and work with regulators to roll this technology out responsibly.”

Here’s what Skydio had to say about the Skydio 2 Dock and the regulatory environment in their press release:

“Persistent operations offer the possibility of increasing drone program ROI ten-fold. As drones gain the ability to constantly work in the background, entirely new use cases become possible. Of course, persistent operations also open up new regulatory questions. We see promising signs in the latest BVLOS waivers, and we also believe that a smaller, lighter drone, with advanced onboard obstacle avoidance, is an inherently safer starting point for this technology to be deployed. We look forward to partnering with our first customers and regulators to roll this product out responsibly.”

The Skydio 2 Dock will recharge the drone in about one hour to give you a flight time of 23 minutes.

Skydio said that they will announce pricing when the Skydio 2 Dock becomes available in early 2020. The company also said that “if you believe your drone program could benefit from a Skydio 2 Dock, please get in touch with us.”

What do you think about the Skydio 2 Dock and having drones fly autonomous missions regularly? Let us know in the comments below.