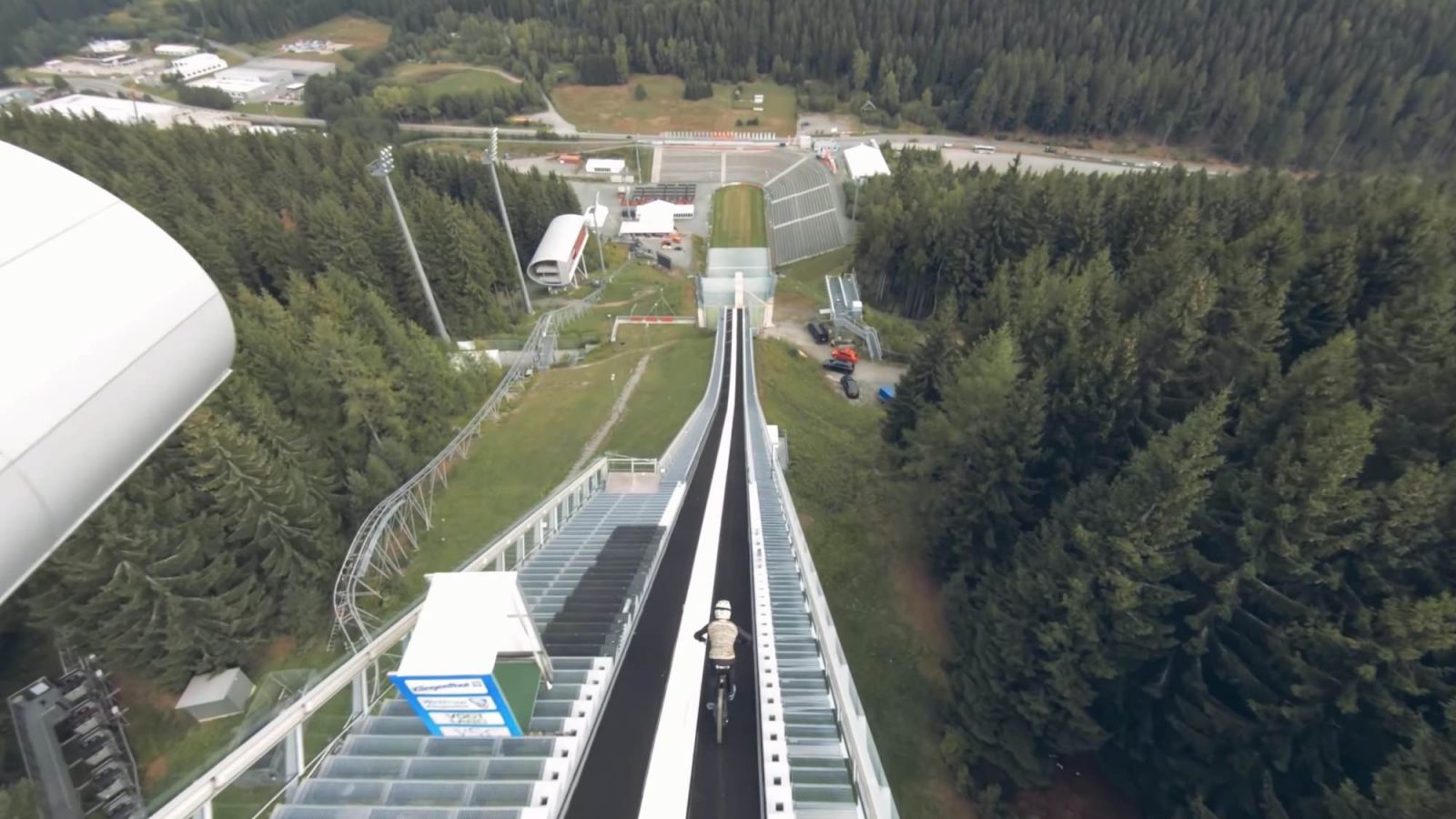 Johannes Fischbach’s attempt to set a world record for the longest jump on a mountain bike resulted in a ‘super crash’ from which he luckily walked away in one piece. The incredible jump was recorded from a number of different angles, the most spectacular one, in my opinion, is the FPV drone footage. Check out the video below.

Johannes Fischbach said the following about his world record attempt:

I’ve been haunting a special idea for several years now: To make the world’s longest jump with a[n] MTB, i.e. a world record ! Some years ago Fischi already made test jumps from an 85 meter ski jump and reached a distance of 50 meters. The goal now was to max it out. Fischi’s objective: “If I can jump 50 metres from your 85-metre ski jump, then the 140-metre ski jump has to go a lot further!”

Big THANKS to all the guys helped me to realize this project!

The FPV drone was flown by @cinequads chasing @johannesfischbach88 in the Vogtland Arena in Germany. Even though static cameras may sometimes be better able to show the details of the action, I do not think that anything comes close to delivering the excitement and feeling-part-of-the-action like the way a well-flown FPV drone does. It is an amazing attempt and an awesome video to watch. We’re looking forward to Johannes Fischbach’s next attempt.

Let us know what you think about FPV drone being the ultimate action cameras in the comments below.