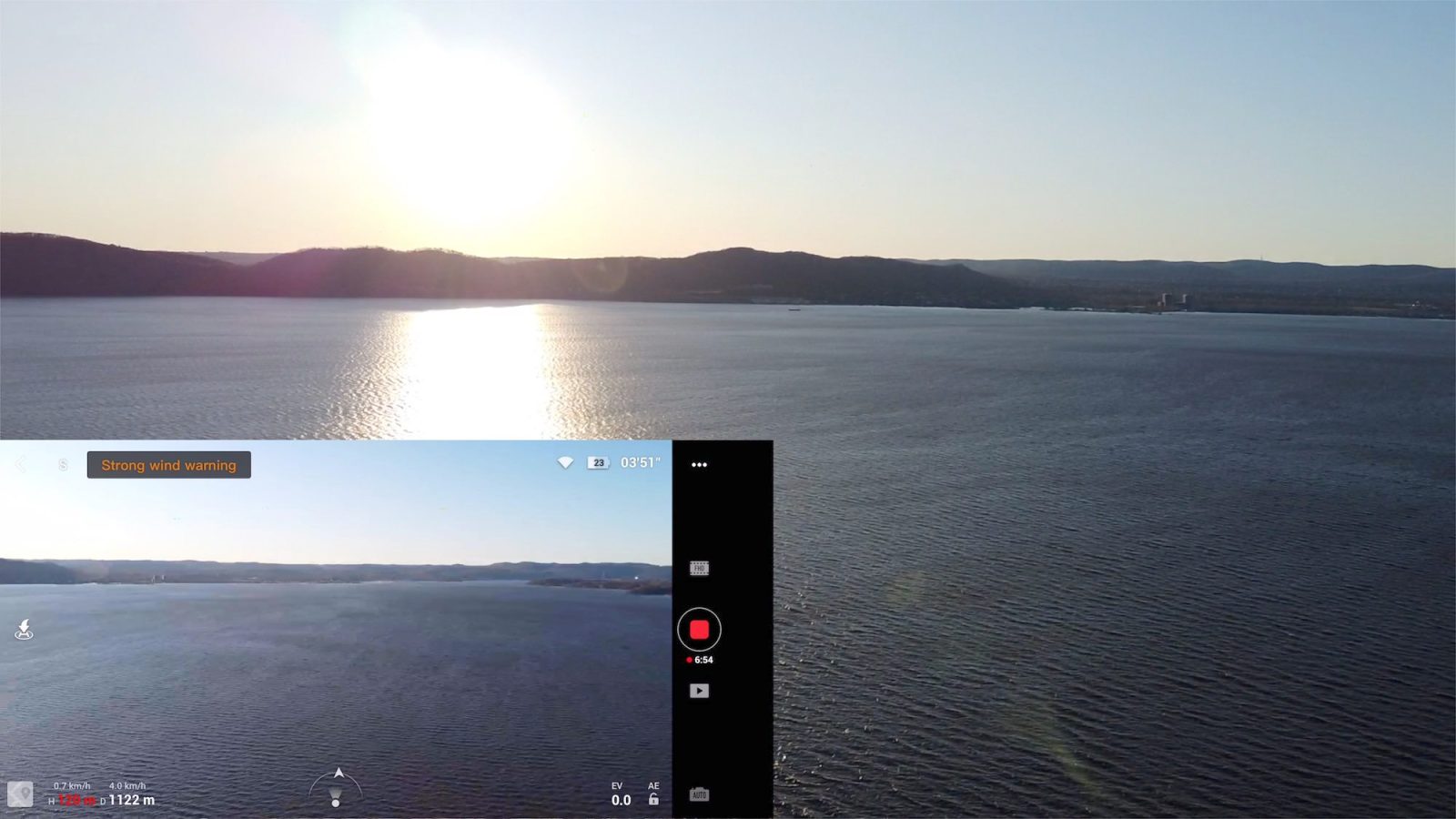 After the first test flight today in which the DJI Mavic Mini (from DJI or Amazon) battled high winds, some people had commented on YouTube that I should fly the drone further and at a much higher elevation. I thought that was a good point, and figured I might give it a try when I got back home this afternoon. And so I did. I hope you enjoy this video of the DJI Mavic Mini performance test in which it is fighting high winds at high elevation. Expect more videos and tests to come over the coming days.

The second flight with the DJI Mavic Mini fighting high winds at high elevation was not so much a distance test as it was a performance test.

Often the winds are stronger and more consistent at higher altitudes, and so I wanted to see if the Mavic Mini could handle those as well. The battery was only at 70% when I started this test, but that was more than enough to make a point.

In these high wind conditions, I was able to fly the DJI Mavic Mini to 1,122 meters, or 0.7 miles at an altitude slightly below 400 feet AGL. I could have flown further had I had more battery left, but I’ll save the long-distance flight for another day. When the drone landed, I still had 16% battery left, but I wanted to play it somewhat safe as it was only the second flight with this little guy.

I started flying in Sport mode to unlock the maximum power the DJI Mavic Mini would be able to deliver to overcome the strong winds. It was later in the afternoon and warmer than the earlier flight of today. The winds were less strong as they were in the morning, but still at a sustained 20 mph and gusting slightly more.

Once I got out over the water, the drone stopped at about 480 meters. I realized that it was probably limited in the menu, and it was. After I changed it to unlimited distance, I was able to proceed without any issues. I had a Wi-Fi interference warning at some point halfway through the flight but that disappeared once I walked in front of a wood and metal barrier. After that, the Wi-Fi connection was fine. I did get persistent high-wind warnings displayed by the app.

While flying I missed the little map in the lower left-hand corner of the app as well as the battery line at the top of the screen that you see in the DJI Go 4 app. The new DJI Fly app that you have to use with the Mavic Mini is simplified, which is good in many ways. Almost all of the important info is there, you just have to know where to look.

I sped up the video to skip over the boring sections. The first low battery warning came at 932 meters out or 0.58 miles at 30%. Note to self: Change settings to miles and feet. ;-) The drone gives you a message in the app to turn home, and it will unless you override the warning. I overrode it and kept flying.

When I got to 1.122 meters or 0.7 miles, I decided that the DJI Mavic Mini had proved itself to be a DJI drone worthy of the name Mavic and I turned the aircraft around. The battery was at 23% at that time. To be honest, I also wanted to make sure I’d have enough juice left to make it back home safely, as I hope to continue flying this little drone for some time!

Of course, the flight back home with a strong 20 mph tailwind took no time whatsoever. I believe the DJI Mavic Mini maxed out at 45 kph or 28 mph, which was fast, but not as fast as I was expecting.

Overall, I am very impressed after today’s test flights. The DJI Mavic Mini handles strong wind conditions much better than I had thought, considering how incredibly small and light it is. I am really impressed!

Next, I’m planning to do videos that test the distance, low-light performance and QuickShots and more. Let me know if you have any specific questions that you’d like to get answered.

What do you think about the DJI Mavic Mini performance test? Let us know in the comments below.