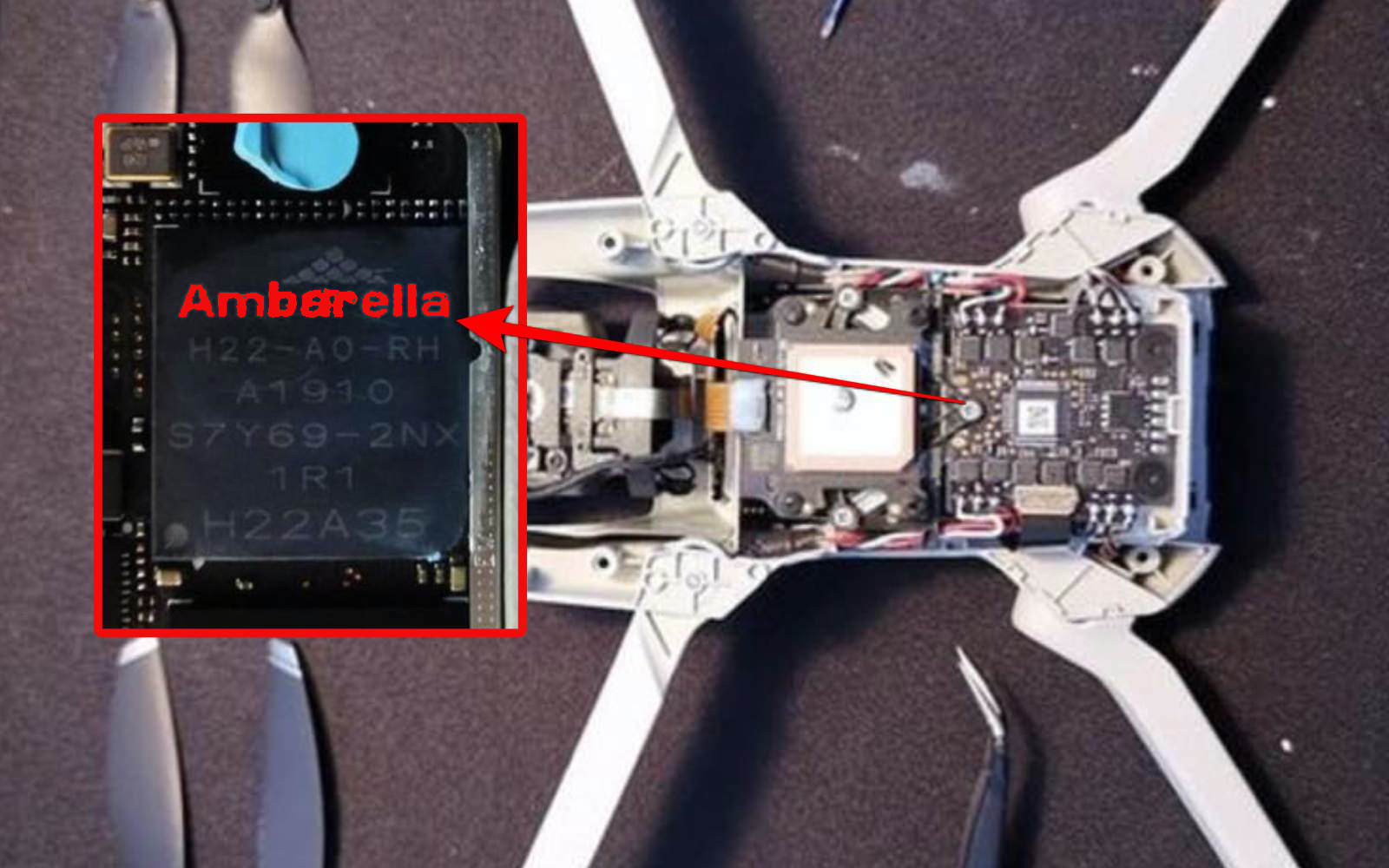 In a group on Facebook dedicated to the new DJI Mavic Mini (from DJI or Amazon), photos were shared that show the inside of the latest mini-drone from DJI. Now seeing the inside of this little aircraft is interesting for sure as it shows the length to which DJI went to bring the weight down to 249 grams. However, these photos also contain a clue. One of the photos shows an Ambarella processor inside the Mavic Mini and that is indeed very promising for the DJI Mavic 3 Pro, the successor to the very popular Mavic 2 Pro that is expected to be released in January 2020.

Soon after the DJI Mavic 2 Pro was released in August of 2018, the first reports came out indicating that the 4K video footage was not as good as we had expected. In fact, the new foldable Mavic could not match the 4K video quality that you can get from the Phantom 4 Pro. To say that this was a disappointment for many drone enthusiasts is an understatement.

Many professional drone pilots and serious hobbyists had been looking forward to the next generation Mavic drone from DJI. The expectations were high when people found out that it had a 1-inch sensor and color-science from Hasselblad. And even though the photos you can take with the DJI Mavic 2 Pro are very good indeed, the 4K video quality simply wasn’t what people expected.

DroneDJ learned through industry insiders that the real culprit wasn’t the sensor but the processor. Apparently, DJI had decided not to use Ambarella sensors for the DJI Mavic 2 Pro. Instead, the drone maker went for a cheaper no-brand processor.

When DJI realized that the video quality did not live up to expectations, they scrambled to come up with a way to improve it. As a result, the Mavic 2 launch-event was delayed from July 18th to late August and DJI introduced two video recording options: the 4K HQ (High-Quality) and the 4K Full FOV (field-of-view).

However, neither of these options could fool the diehards among us and many people stuck with the Phantom 4 Pro for serious video work as the DJI Mavic 2 Pro simply didn’t deliver. 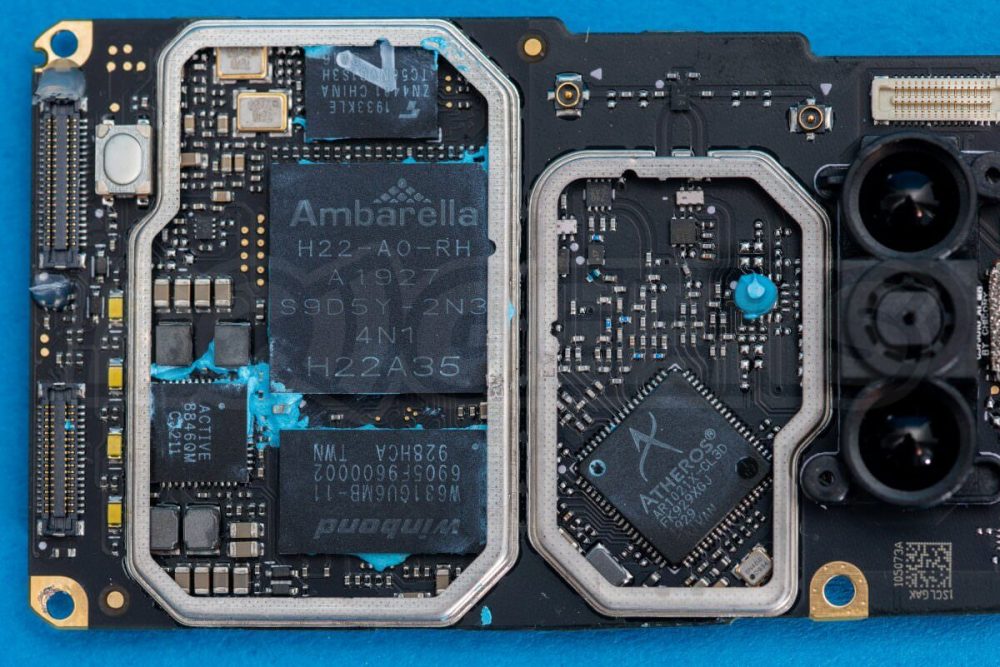 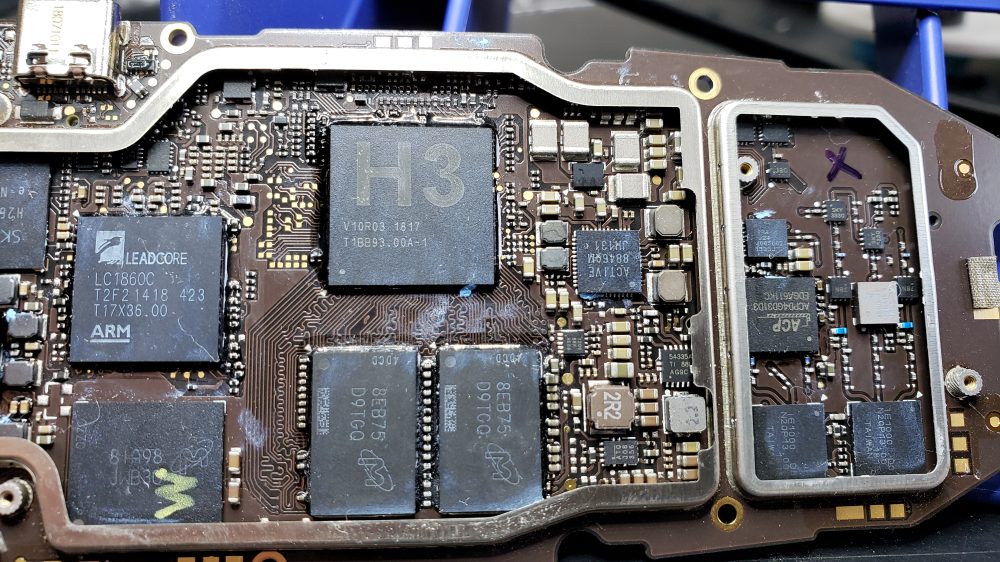 Will the DJI Mavic 3 Pro have an Ambarella processor?

This is why, when I first saw the photos of the inside of the DJI Mavic Mini, I got excited as they show that the mini-drone again has an Ambarella processor onboard. To me, this shows that DJI has realized their mistake and went back to what seems to work best in drones, i.e. Ambarella processors.

Does this ‘guarantee’ that the DJI Mavic 3 Pro will have an Ambarella processor on board as well? No, it doesn’t, but I think there is a very good chance it will!

What do you think we can expect when it comes to the video quality from the DJI Mavic 3 Pro? Do you think DJI will indeed use an Ambarella processor? Let us know in the comments below.

Thanks to Drone Master from sunny and warm Florida for making these photos available to us!