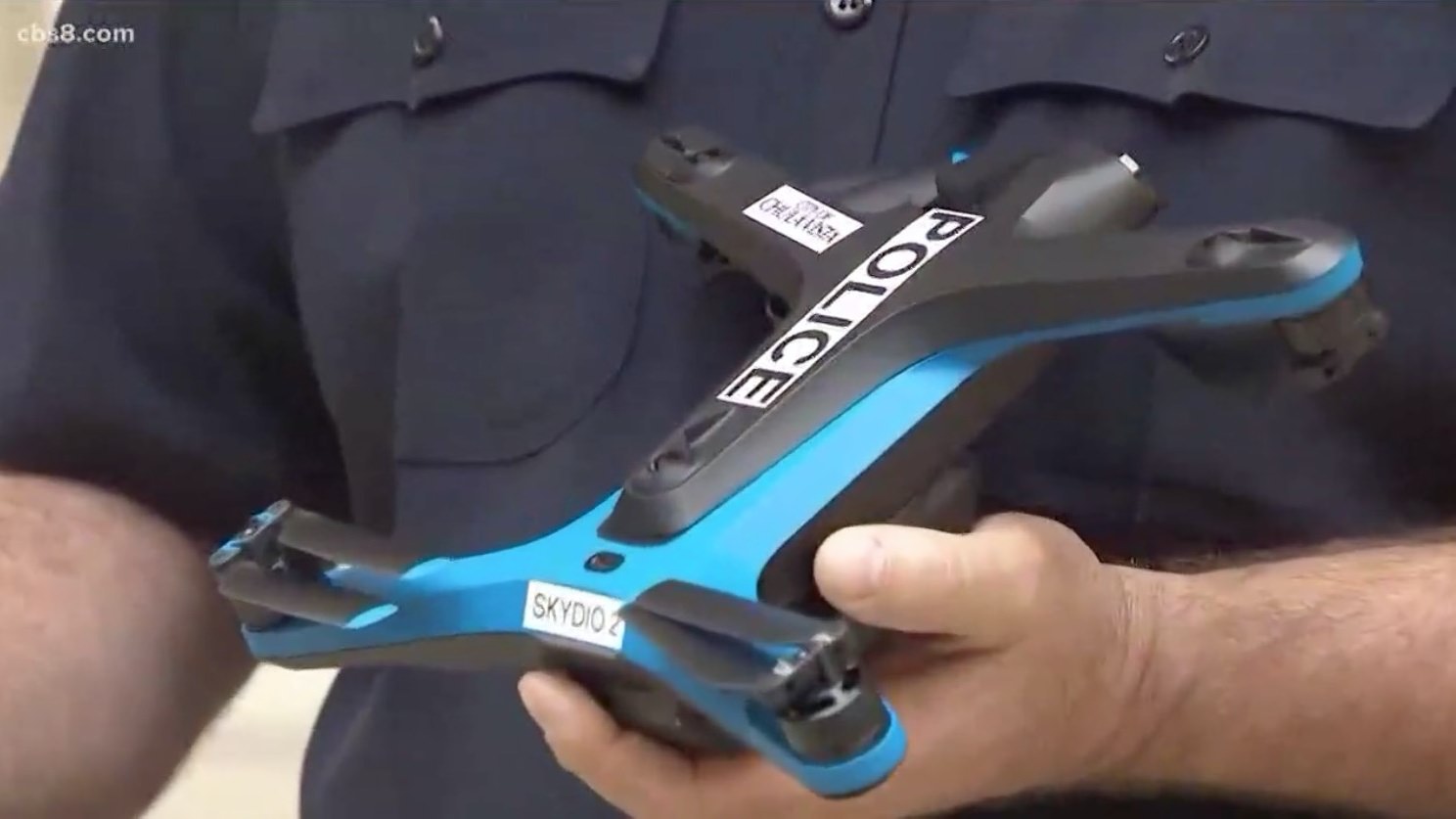 The Chula Vista Police Department (CVPD) is the first in the world to use the Skydio 2 drones that are made in Redwood City, California. Eight CVPD officers have been trained, licensed, and FAA certified as pilots and have been using the Skydio 2 drones for the last four weeks. From early reports, we know that the American drone manufacturer has been targeting first responders, fire, and police departments with the Skydio 2 drone.

Chula Vista Police is the first to use Skydio 2 drones

“A drone can go places where a police officer really can’t go easily. With drones we can often see if a suspect is armed, their exact clothing description, and see exactly where they are,” said Chula Vista Police Dept Capt. Vern Sallee, according to CBS8 News.

“The drone does the flying and the thinking about all those objects. The officers can then better focus on the tactics and problems at hand as people want help, they want it now. This drone helps us do a great job every single time and keeps our officers safe,” Sallee said. 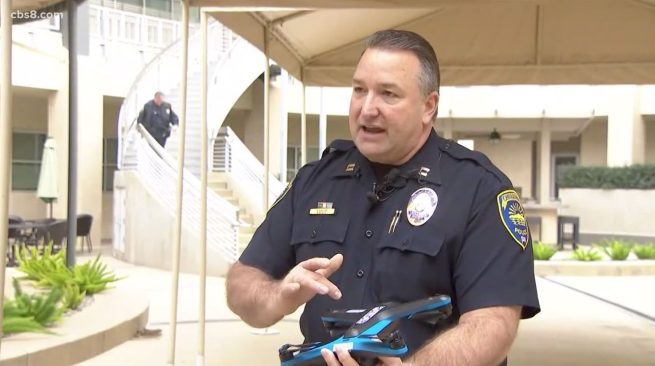 Drones can be helpful in situations where for instance police officers are searching the roof for possible burglary suspects.

“Oftentimes we don’t know where entry is made of burglary, so we have to check the entire perimeter, but we’ll check the roof of a building, so this has several different cameras on the top and on the bottom of it,” Sallee said.

“They have great obstacle avoidance so as we go through here most of the other aircraft we have, We wouldn’t risk. Flying gets so close to obstacles especially with the propellers being unguarded, but with this one it is very easy to fly,” said Kyle Roberts, a police officer with the Chula Vista Police Department.

The police department said they are on top of addressing any privacy concerns.

“We don’t do general patrol. We don’t use them for surveillance. If you see a Chula Vista PD drone, it is responding to an emergency,” Sallee said.

The videos captured by the drone are automatically deleted after a certain period and are treated as evidence and not released publicly. The drone program of the Chula Vista Police Department started in 2015 with all drone equipment valued at about $50,000. 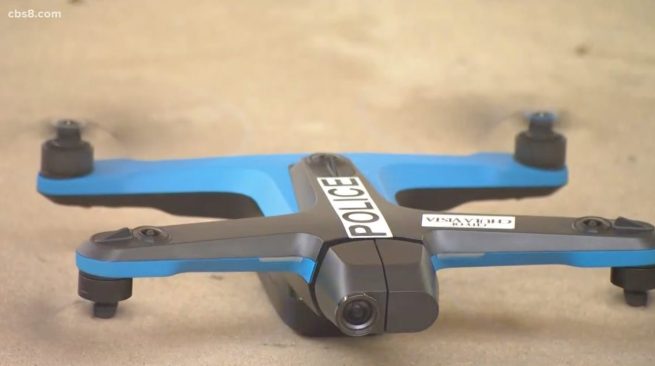 In October, we reported on how the Chula Vista Police Department used drones to assist in 130 arrests. We suspect this number will go up quickly with the addition of the Skydio 2 drones to their equipment.

Watch as I was being followed by a police drone in a demo🕹 @ChulaVistaPD shows us the new #Skydio Drones the Dept. uses to respond to 911 calls as the only Dept. in world to use it. @CBS8 pic.twitter.com/5VtdokQJxl

What do you think about the Chula Vista Police Department using the SKydio 2 drone? Let us know in the comments below.