DJI camera car and gimbal could be here soon, according to patents 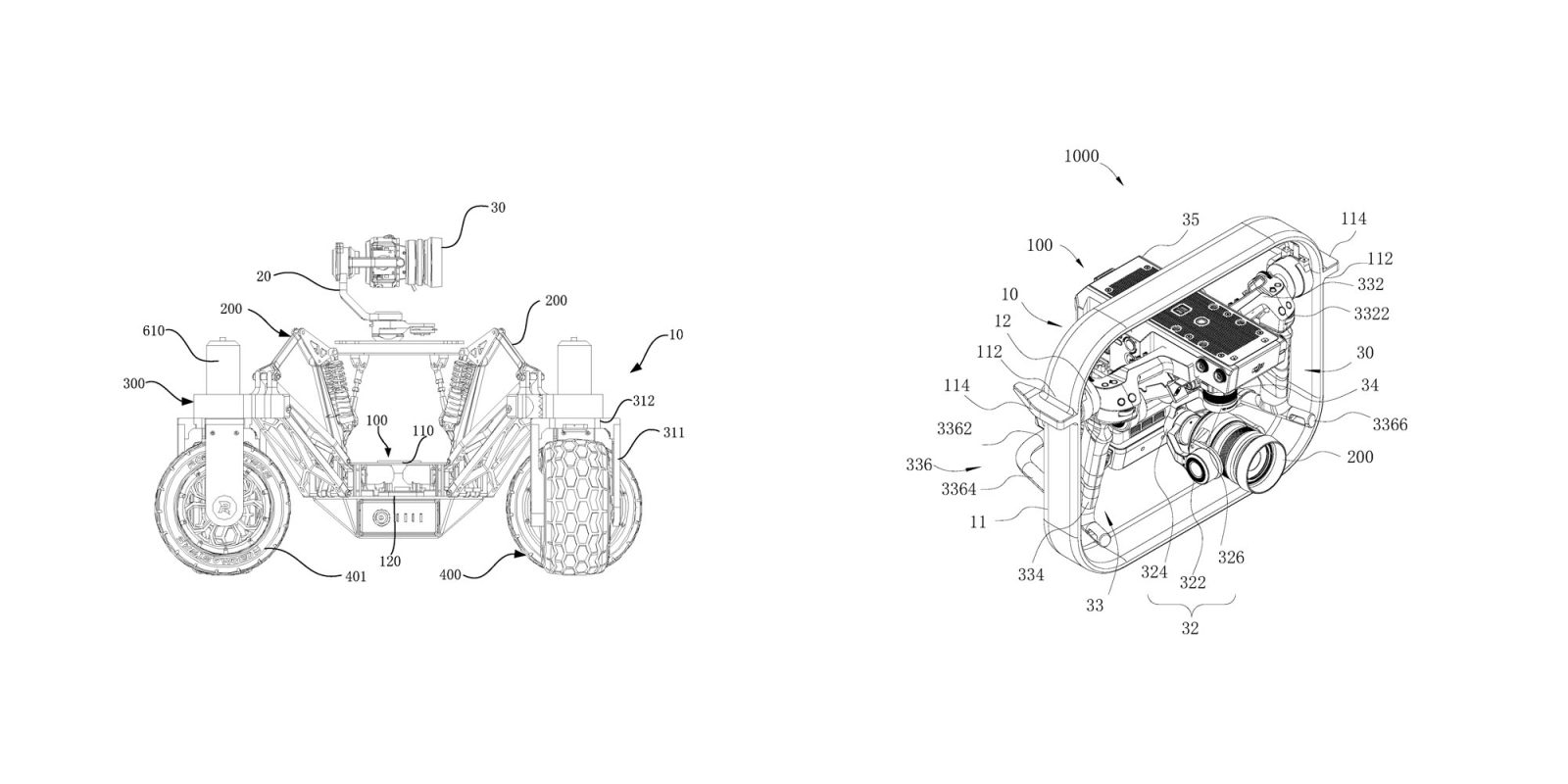 New patents released by DJI outline two new products that could be coming in 2020. The new patents include what looks to be an RC car designed to carry a gimbal and camera similar to the Freefly TERO. The other patent looks like a caged gimbal, possibly a smaller version of the DJI Ronin 2.

DJI camera car and gimbal could be here soon, according to patents

The patents appeared on the Chinese patent system on December 10, 2019. Both patents came along with giveaway names. The patent name for the camera car is Vehicle and the name for the gimbal is Stabilizing Device and Handheld PTZ Device.

Seven other patents were also made publicly available, outlining systems being used within the devices for descending, rate limiting, interface, augmented reality, and a trajectory generation.

We currently don’t have a release date for these patents, but imagine they will be coming in 2020 after the consumer-focused drones are released by DJI.

First, let’s take a look at the DJI camera car. It looks to be a standard RC car with four wheels that can rotate 360 degrees, for tighter maneuvering and better control. It looks to be using a battery similar to DJI Matrice drones. The wheels are separated from the camera section with arms that can move up and down, reducing movement in the camera. The camera is then placed on top of a platform with dampers on the bottom and shocks attached with arms to further remove vibrations. The attached camera looks to be from the Zenmuse family and is likely interchangeable with the Inspire drones. The height of the camera car can also be adjusted to better suit the different speeds the car is capable of.

It would make sense for DJI to create a camera car, as they already create drones and gimbals. Adding a car to the lineup would allow professionals to stay within the DJI ecosystem. It would also allow professionals to use the same batteries, controllers, cameras, and lenses while letting DJI take a chunk of the market from companies like Freefly.

The official description of the patent reads as follows:

The new gimbal looks to be a fully integrated system using the Zenmuse line of cameras. The cage surrounding it looks like it can be removed, which would allow for what looks like a mounting plate to be attached to different equipment. It could possibly be the camera car and DJI Inspire 3. The gimbal has two handles that don’t look to be removable. The camera itself looks to be removable, which could mean the camera is shared between devices. The handles are equipped with buttons and wheels along with a focus wheel. The battery appears to be located at the rear of the gimbal toward the bottom.

It would make sense for DJI to release the gimbal with the camera car, and possibly the Inspire 3. It would create an ecosystem covering ground, air, and handheld video. This would be an enticing combination for filmmakers wanting high-quality equipment and the ability to use the same cameras across all of the devices.

The official description of the patent reads as follows:

A stabilizing device for loading a load device includes a frame (11), a driving device (12), a first sensor (13), a processor (14), and a controller (15), wherein the driving device ( 12) set on the frame (11), for driving the movement of the load equipment (20); the first sensor (13) is set on the frame (11) and used for acquiring the first attitude information of the frame (11) A processor (14) for generating a control instruction based on at least the first attitude information; a controller (15) for controlling the movement of the driving device (12) to drive the load device according to the control instruction. In addition, a handheld gimbal device including the stabilization device is also disclosed. The stabilization device and the handheld gimbal device improve the stabilization effect of the gimbal during large-scale movement.

I would love to see DJI bring a camera car to market, along with the gimbal. It would create a pretty impressive ecosystem of devices following DJI’s great quality and easy-to-use systems. Do these patents excite you for the future of DJI? Let us know what you think in the comments below.