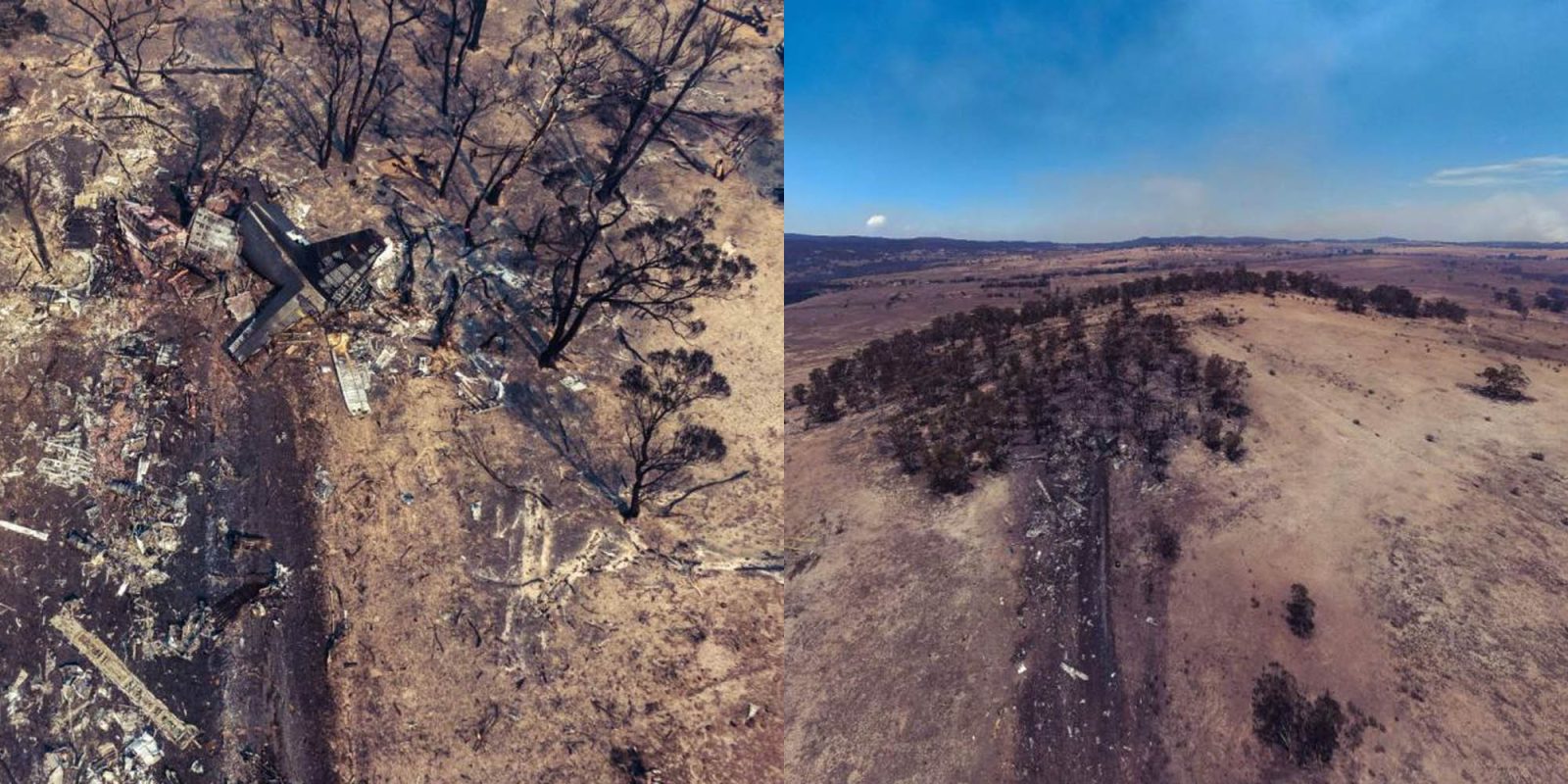 On the 23rd of January, reports came in of a C-130 Hercules water tanker disappearing from radar while supporting firefighters on the ground in the Australian bushfires. Fire crews on the ground later shared information of a plane going down, resulting in a fireball.

The C-130 Hercules was flying through the Snowy Monaro area supporting firefighters on the ground by dropping fire retardant in strategic areas. Just after one of these drops, the plane vanished from radar, causing the New South Wales Rural Fire Service (NSW RFS) to look into the claims, later confirmed by firefighters on the ground who spotted a large fireball. Helicopters were sent into the area to investigate further and look for the air tanker.

As a part of the investigation by the NSW Police and lead by the Australian Transport Safety Bureau (ATSB), a drone was brought in to capture the extent of the damage from above. The photos show the tremendous force created on impact as everything but the tail section was destroyed. You are also able to see the plane slide across the ground into a group of trees where it continued to burn up, killing all three crew on-board.

Greg Hood from ATSB told 7News, the investigators will bring in a drone capable of capturing 3D models on Sunday to digitally re-create the crash site for further investigation.

“We will bring in the 3D mapping drone. It was difficult to do that (on Saturday) because the area is still an active fire zone and there were firebombing activities carried out throughout the day.”

The crew was confirmed to be an all American crew who were all well respected and skilled pilots unfortunately caught in an unfortunate situation. The bodies have been located and are being transported back to the United States as soon as possible. If you are interested in supporting the firefighters’ families, feel free to visit the NSW RFS website.

Other ways to support victims of the fires: