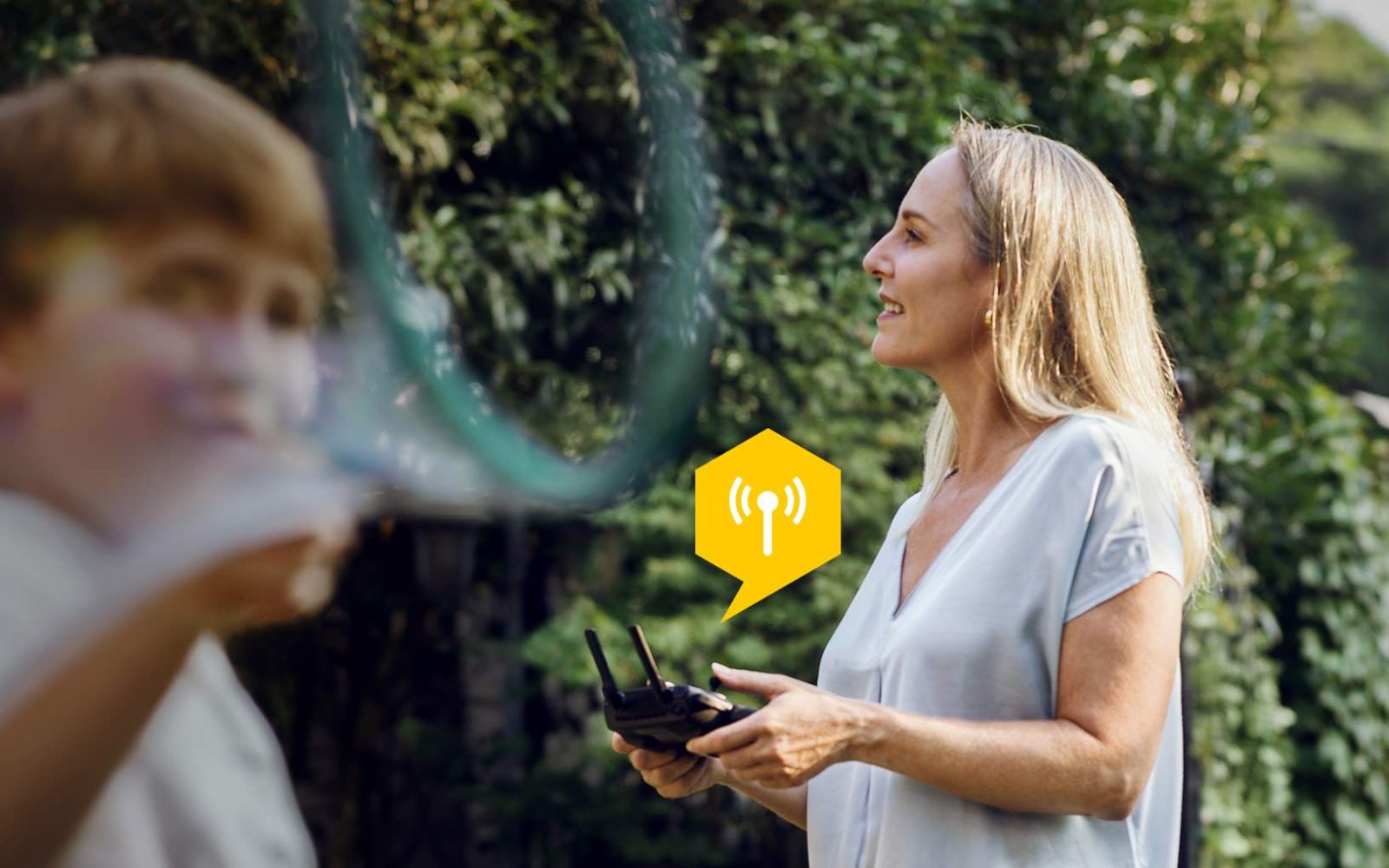 DJI posted an article today in which they raise one of the most important questions regarding the Federal Administration Aviation’s (FAA) NPRM for Remote ID for Drones; who should know where a drone pilot is located? In the current proposed rules, the drone pilot’s location would be made publicly available, which as you can imagine is a hotly debated topic.

Who Should Know Where A Drone Pilot Is Located?

As American drone operators try to understand how the U.S. Federal Aviation Administration’s (FAA) drone Remote Identification proposal would affect them, one of the most concerning issues is proving to be the requirement that every drone transmit the location of its pilot in near-real time.

The ability to locate a drone pilot is extremely useful for police, airports and other authorities to quickly resolve safety and security challenges, but we also understand why some drone pilots don’t want their location available to just anyone. DJI, like other companies innovating Remote ID systems, must follow the FAA’s lead on pilot location, so our demonstration solutions have made that information available to anyone with a smartphone. But that requirement isn’t final.

Now, two new developments are shining a spotlight on the FAA’s proposed pilot location requirement – and at just the right time when American drone pilots can make their voices heard about it.

The first new development is the FAA’s Notice of Proposed Rulemaking (NPRM) about Remote ID, which is the formal proposal about what information drones should transmit, how they should send it and how Remote ID can be used to keep the airspace safe and secure. While DJI strongly supports Remote ID in concept, we are deeply concerned that the FAA’s plan is overly complicated and would impose heavy costs and burdens on drone pilots – leading fewer people to fly, and restricting the benefits that drones can create. You can read more about our concerns here.

The NPRM is available at this link and the FAA’s proposed regulation specifically requires that “[t]he location of the control station of the unmanned aircraft system must be generated and encoded into the message elements and must correspond to the location of the person manipulating the flight controls of the unmanned aircraft system.” The NPRM also says in at least two places that “message elements themselves would be publicly accessible information,” although in other places the proposal is more vague. This location message element is also what the global standards body ASTM International has developed in its Remote ID standard, which is nearing finalization.

DJI has always been concerned with protecting the privacy of drone pilots, and made clear three years ago in this white paper that privacy should be one of the most important considerations for regulators as they write Remote ID rules. Of course, if the rules require pilot location to be widely disclosed, DJI’s solutions will have to comply.

That leads to the second recent development – DJI’s unveiling of our Drone-to-Phone Remote ID solution, which is designed to meet the anticipated requirements for Remote ID systems in the U.S. and elsewhere. Aviation regulators want Remote ID information to be displayed on mobile phones, so people can use a simple app to provide license-plate type information about nearby drones. DJI’s Drone-to-Phone solution is designed to do just that, using simple technology that sends the signal directly from the drone, while imposing minimal or no costs and burdens on the drone pilot.

DJI first demonstrated how the Drone-to-Phone solution works at an aviation conference in Montreal last year, and recently posted a video illustrating the technology and how it helps address the safety, security and accountability concerns about drones. Our purpose in explaining these efforts was to show that a direct broadcast method can work for the world’s drones right now, and that most drones don’t need to be connected to a complicated and, we anticipate, costly network subscription system just to enable a Remote ID solution. (A network system is what the FAA proposal would mandate for nearly all drones.)

We developed our solution to show that Drone-to-Phone Remote ID works in the real world, and can be implemented with a software update on many existing drone products, but for now it’s just a demonstration app that’s not available to the public. It displays the information that is expected to be required by law and regulation – but the final requirements and access provisions to that data will be set by the FAA and other global regulators.

That’s where the FAA’s comment process comes in – so you can speak up. As of this writing, more than 18,000 people have filed comments with the FAA about its Remote ID NPRM, and many of them are urging the agency to reconsider aspects of the proposed rules. Submitting comments to the FAA can make a big difference in how Remote ID is promulgated and applied, and it’s important that as many drone stakeholders as possible make their voices heard. Comments must be received through this link by March 2, and DJI has prepared this guide for how best to get your point across.

Already, many influential groups in the drone industry have raised alarms about disclosing the location of drone pilots to the general public. They cite cases where people who are upset about drones flying nearby have threatened or even attacked pilots doing nothing wrong; they question how police officers flying sensitive surveillance or tactical missions could avoid disclosing their positions; and they raise the possibility that criminals could use Remote ID information to find and rob people flying expensive drones.

We share these concerns, and have heard you loud and clear. Our advocacy on drone policy for the past several years has always placed the interests of our customers first, supporting policy outcomes that address safety and security on the basis of actual risk, while we protect and nurture innovation by opposing unreasonable or burdensome regulations. We are on your side, and that is true for this issue too.

Here’s what the Pilot Institute has to say in its discussion of the NPRM: “Making the control station location information available to the public will undeniably lead to angry and possibly deadly encounters between the public and UAS operators.” It includes links to many examples of potentially dangerous encounters.

Here’s what prominent drone writer Christopher Korody says in his discussion of the NPRM’s privacy implications: “Providing the public with the location of the operator does not solve any security problems – and quite possibly creates new ones – so I very much hope that this is something that will be changed by public comments.”

Here’s what the Drone Pilot Ground School said in its guide to the NPRM: “Individuals who are disgruntled with a flight path passing over their yard, for example, could easily determine the location of a pilot and harass them in person for flying in a way that is legal.”

And here’s what the Alliance for Drone Innovation says in its detailed description of what the NPRM contains: “At a minimum, the FAA should confirm, reinforce and publicize that interfering with the pilot of an aircraft is a crime, by expressly creating a UAS-specific provision in the federal regulations similar to existing provisions that prohibit interference with aircraft crewmembers. The FAA should penalize, and encourage the Department of Justice to prosecute, anyone who assaults a UAS pilot during any stage of the flight operation.”

In our own NPRM comment, we plan to join these voices but also will work to help find a solution to this concern that also can address the desire of security and law enforcement officials to be able to find the drone pilot in near-real time. Our commitment to innovation isn’t complete if we cannot also help regulators solve real problems.

We hope this provides you a better understanding of what DJI’s Drone-to-Phone Remote ID demonstration app does and doesn’t do. We are also pleased that our Drone-to-Phone demonstration brought to life aspects of what is otherwise a dry and complex 300-page proposal that some drone users may not have realized will have such a direct and permanent impact on how they fly drones.

We hope this inspires all of you to tell the FAA about what is important to you by March 2, so when we are obligated to implement Remote ID, it turns out the way that you want. Here’s our guide to speaking out – please make sure you do.

What do you think about the pilot’s location being made available to the public under the proposed new Remote ID for Drones rules? Let us know in the comments below.