FAA’s Remote ID for Drones is a ‘black hole’ 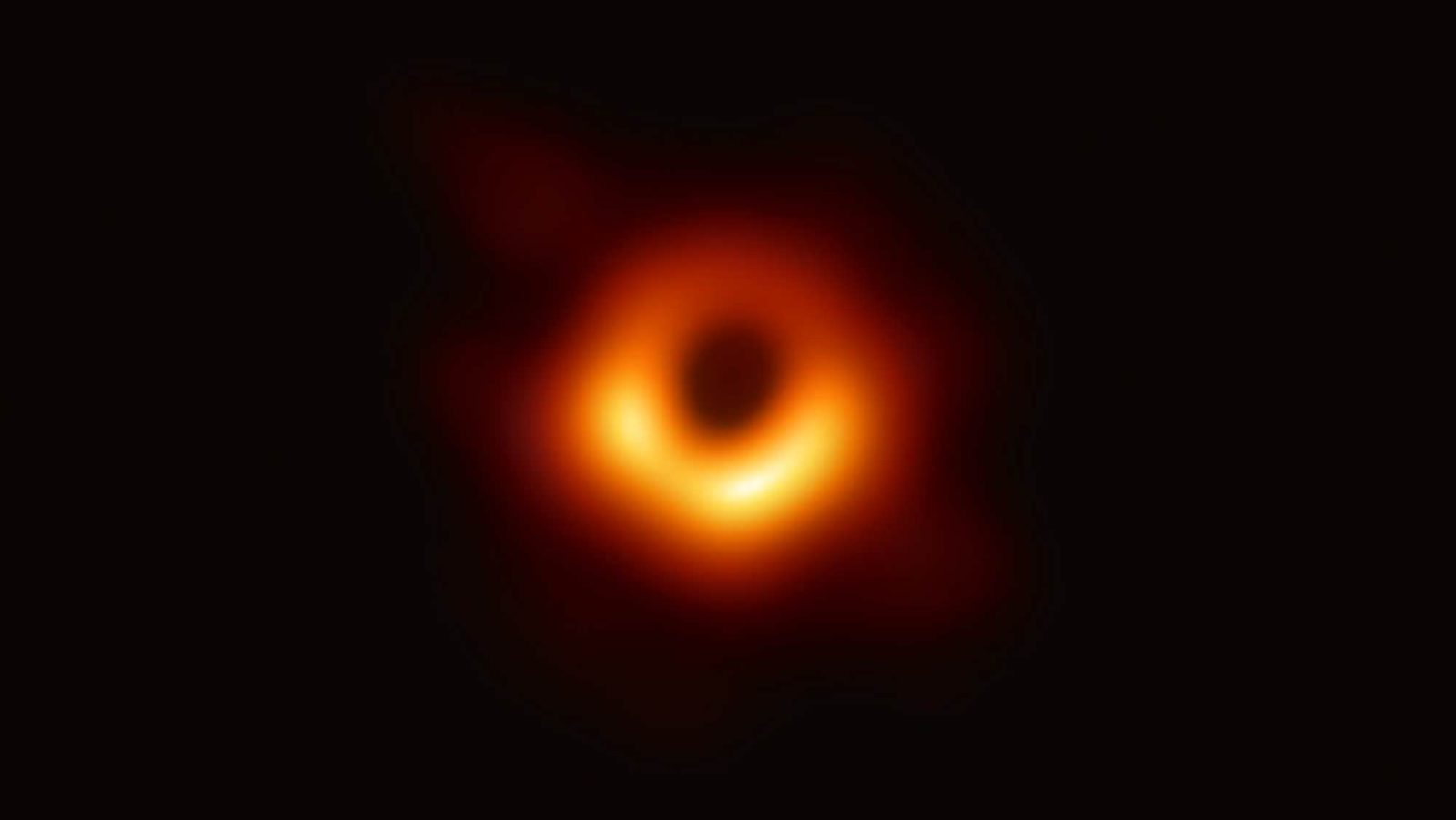 If you’re still not convinced that the Federal Aviation Administration’s (FAA) NPRM for Remote ID for Drones is a bad idea, then take a few minutes to read Christopher Korody’s piece in which he refers to these proposed rules as a ‘black hole’.

Keep in mind that if you too feel that your drone hobby or business is under threat of these new rules, then be sure to comment and let the FAA know your concerns and feedback. You have until March 2nd to submit them here online. Do NOT simply copy-paste prepared comments because as Christopher points out: “they (the FAA) reject repetitive comments, so the thousands of cut and paste letters from AMA members will be counted as one”.

FAA’s Remote ID for Drones is a ‘black hole’

Here I highlight a few of Christopher’s comments regarding the FAA’s NPRM for Remote ID for Drones.

When I first read the Remote ID (RID) NPRM… but I have come to understand that in fact it is a ‘black hole’.

…the FAA has put the cart before the horse and in so doing has put the future of the commercial UAS industry at risk; as well as severely limiting the opportunity of recreational drone pilots, modelers, FPV enthusiasts and other members of the low altitude community.

After stressing the importance of commenting and providing links to helpful guides, he explains the timeline of Remote ID implementation, points out that certain manufacturers might have a competitive advantage, and goes on to say:

It is important to understand that what the RID NPRM describes is a security tool that will provide the basis for continuous 24/7/365 surveillance of every compliant drone in the United States.

it is clear that RID, as described in the NPRM, will do nothing to improve safety. RID does nothing to promote situational awareness of either manned or unmanned aircraft.

The argument is that RID is foundational to UTM. I don’t buy it. Let’s be real. Not everyone will need to be part of a UTM – certainly not the recreational community.

The most fundamental concept, and an obvious first step – integrating RID into LAANC – is not even described in the NPRM. In fact, the NPRM proposes adding ten new RID USS on top of the ever growing number of LAANC USS.

After briefly touching upon BVLOS and how RID will not be ‘foundational’ to beyond-line-of-sight flights, Christopher moves on to the hotly debated topic, pilot privacy.

The issue that has drawn the most attention from the pilot community is that the location of the drone operator will be made available in ‘near real-time’ to the general public. The concerns range from the distraction of having people come up to a pilot while the aircraft is in the air, to fear for their physical safety. (This based on many experiences.)

Providing the public with the location of the operator does not solve any security problems – and quite possibly creates new ones – so I very much hope that this is something that will be changed by public comments.

Each USS will secure and safeguard the data, while making it available to the FAA and authorized law enforcement agencies – all while developing and pursuing their own business model.

Effectively, the FAA, DHS and 18,000 police departments will be able to circumvent the 4th Amendment.

Under what authority will the FAA will enforce this? It has nothing to do with civil aviation safety.

About the financial costs and projections of implementing the FAA’s NPRM for Remote ID for Drones, Christopher says the following:

Meanwhile, though it is not presented that way, the rest of the budget is heavily front-loaded. Manufacturers, retailers, pilots, RID USS and much of the ecosystem will all have to invest the majority of the remaining US$530M to get to Day One. This is why I say that the FAA is taking the whole industry on a magic carpet ride – what if the money isn’t there?

He then concludes with a few pointed questions, while also saying that “at the current rate of innovation, RID will be obsolete by the time it is implemented.” 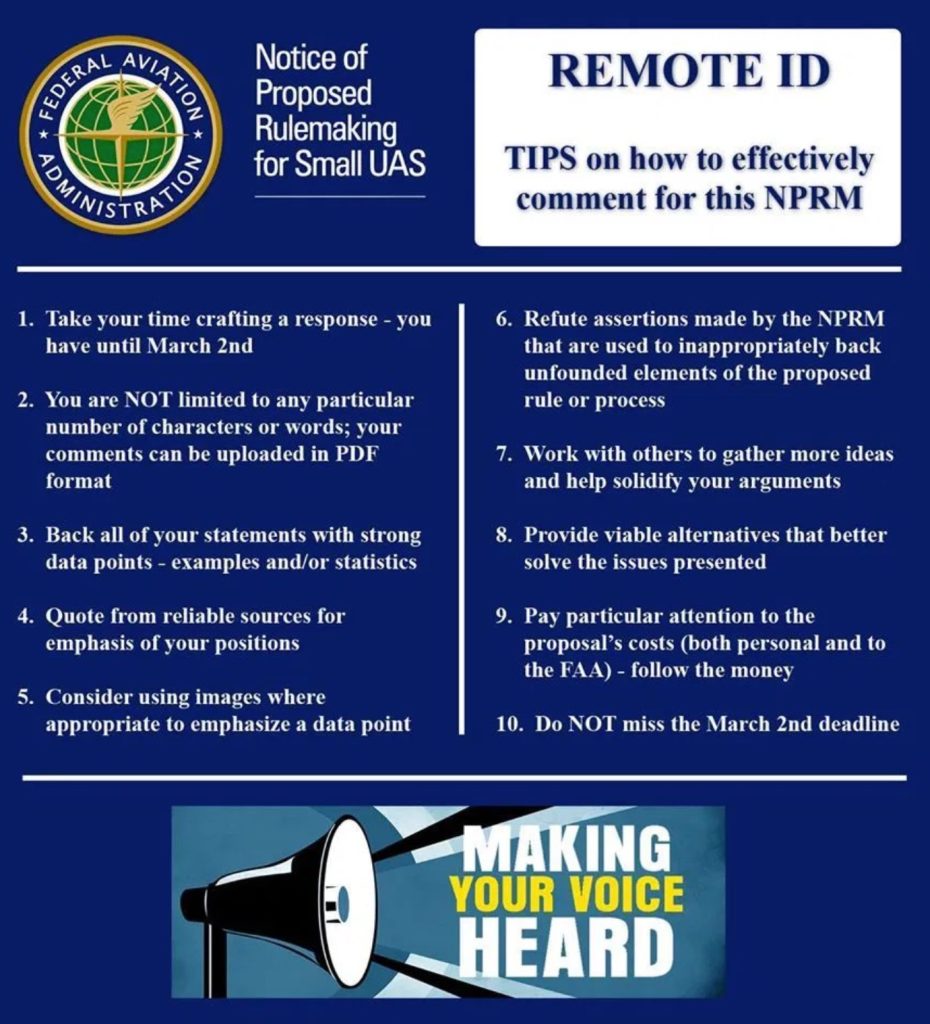 Be sure to take the time to read the entire article. And even more important, be sure to submit your own comments to the FAA before or on March 2nd, 2020.

If you want to learn more about the FAA’s NPRM for Remote ID for drones be sure to read these articles here as well as this Drone Advocacy Kit that has been developed by the Drone U and FPV FC.

And lastly please be sure to submit your own original comments to the FAA on the Federal Register’s website. Explain to them how these new rules negatively impact your drone hobby and or drone business before or on March 2nd, 2020 at the latest!