Over 50,000 comments on FAA’s NPRM for Remote ID for Drones. What are the next steps? 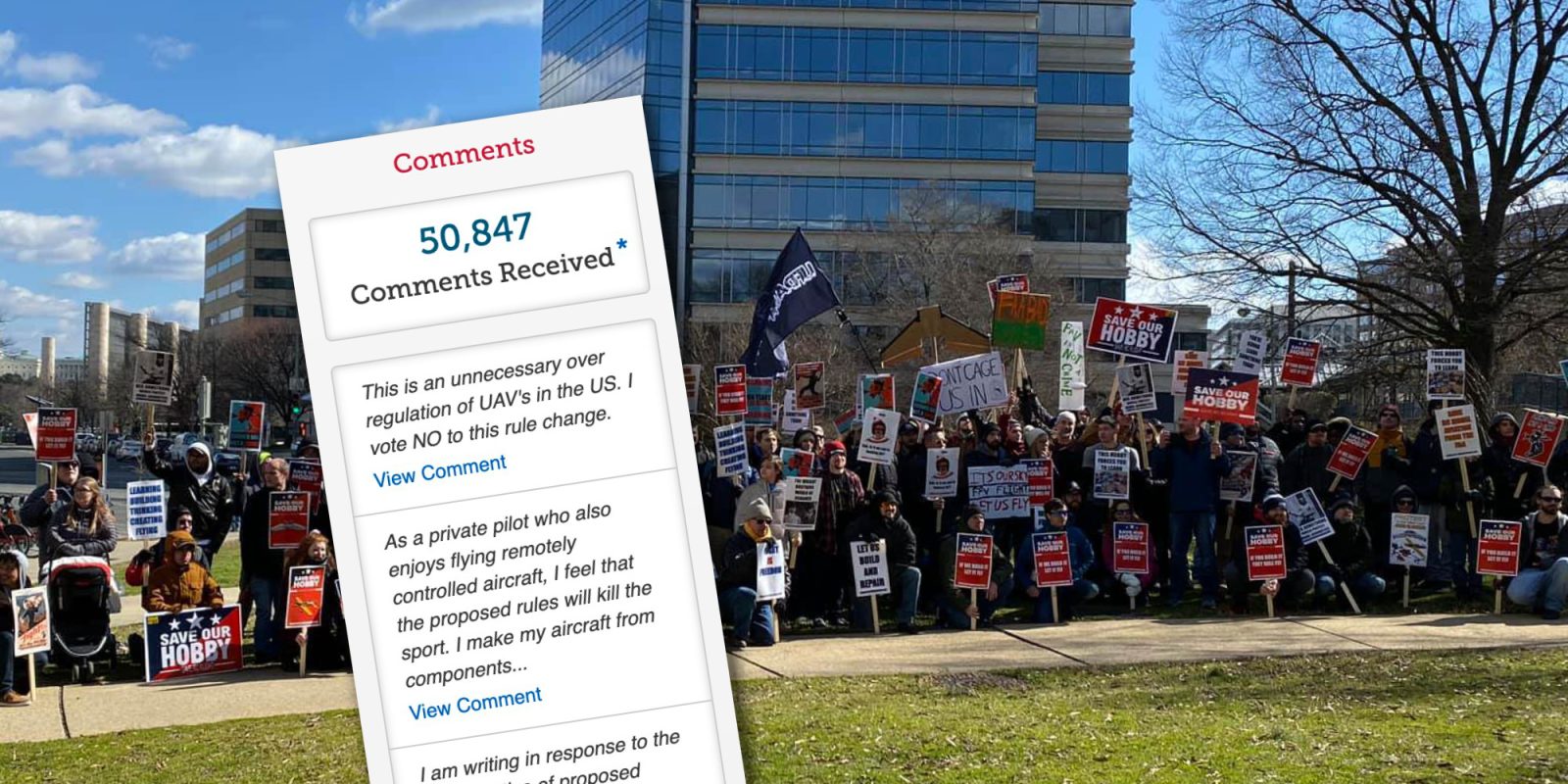 With well over 50,000 comments on the Federal Aviation Administration’s (FAA) NPRM for Remote ID for Drones, the agency has its work cut out. The exact number of comments as of yesterday was 50,847, but this will likely increase once the site has been updated. Obviously, the FAA will have to process and read the comments first, some people have submitted multi-page comments, but the obvious question is, What happens next? Vic Moss shared this document from the Federal Register’s website that shines some light on the next steps in the rule-making process.

Note: even though the official commenting period has ended and you can no longer submit your comments online if you still want to provide your comments to the FAA you can try sending them in by regular mail. It is likely that the FAA will still consider them if they arrive within a reasonable time.

Over 50,000 comments on FAA’s NPRM for Remote ID for Drones

On the Federal Registration website, you can find this document, “A Guide to the Rulemaking Process,” in which the process is explained. I will not be going through the entire document but I will instead highlight some interesting sections below. If you’re interested, feel free to read the entire PDF. Unlike the FAA’s 319-page NPRM for Remote ID for Drones document, this one is only 11 pages.

Let’s back up a little and start with the 60-day comment period the FAA gave us. The guide says:

In general, agencies will specify a comment period ranging from 30 to 60 days in the ‘Dates’ section of the Federal Register document, but the time period can vary. For complex rulemakings, agencies may provide for longer time periods, such as 180 days or more.

You could argue that the Remote ID for Drones was indeed a very complex rulemaking subject. The more than 50,000 comments that were submitted seem to substantiate that. The FAA, however, decided not to provide additional time and even denied a request by a number of people to extend the comment period. According to the guide:

An agency may extend or reopen a comment period when it is not satisfied that it has enough high-quality comments or when the public comments make a good case for adding more time.

It seems unlikely that the FAA would reopen the comment period, but it’s a possibility.

One question that has come up a lot during the last two months is how our comments might impact the final rule. The guide says the following about that:

The notice-and-comment process enables anyone to submit a comment on any part of the proposed rule. This process is not like a ballot initiative or an up-or-down vote in a legislature. An agency is not permitted to base its final rule on the number of comments in support of the rule over those in opposition to it. At the end of the process, the agency must base its reasoning and conclusions on the rulemaking record, consisting of the comments, scientific data, expert opinions, and facts accumulated during the pre-rule and proposed rule stages.

To move forward with a final rule, the agency must conclude that its proposed solution will help accomplish the goals or solve the problems identified. It must also consider whether alternate solutions would be more effective or cost less.

Finalizing the NPRM for Remote ID for Drones

Before the rule will be finalized, the FAA will publish a preamble in the Federal Register that will include a summary, effective date, and supplementary information. In the latter, the FAA needs to state the “basis and purpose” of the rule. And the guide informs us that the FAA has to respond to “major criticisms in the proposed rule comments.”

The agency must state the ‘basis and purpose’ of the rule in the “Supplementary Information” part of the preamble. This statement sets out the goals or problems the rule addresses, describes the facts and data the agency relies on, responds to major criticisms in the proposed rule comments, and explains why the agency did not choose other alternatives.

Can you challenge the final rule in court?

Once a final rule is published by the FAA, it will take effect “no less than 30 days after the date of publication in the Federal Register.” It is my understanding (and please keep in mind that I’m no legal expert on this matter) that only when a rule has become final it can be challenged in court. The guide says the following about this.

Individuals and corporate entities may go into the courts to make a claim that they have been, or will be, damaged or adversely affected in some manner by a regulation. The reviewing court can consider whether a rule: is unconstitutional; goes beyond the agency’s legal authority; was made without following the notice-and-comment process required by the Administrative Procedure Act or other law; or was arbitrary, capricious, or an abuse of discretion. An agency head can also be sued for failing to act in a timely manner in certain cases.

If a court sets aside (vacates) all or part of a rule, it usually sends the rule back to the agency to correct the deficiencies. The agency may have to reopen the comment period, publish a new statement of basis and purpose in the Federal Register to explain and justify its decisions, or restart the rulemaking process from the beginning by issuing a new proposed rule.

It seems that other government departments such as the Department of Defense, Department of Justice and Homeland Security would like the new rules for Remote ID for Drones to be finalized quickly. However, based on the sheer volume of comments that have been submitted, the complexity of the rules and the generally negative response to these rules from the hobbyist R/C and drone pilots and commercial operators, it might take months before we see a final rule presented by the FAA.

What do you think about the next steps in the rulemaking process? If you have any relevant legal or government experience we’d especially love to hear from you. Let us know in the comments below.