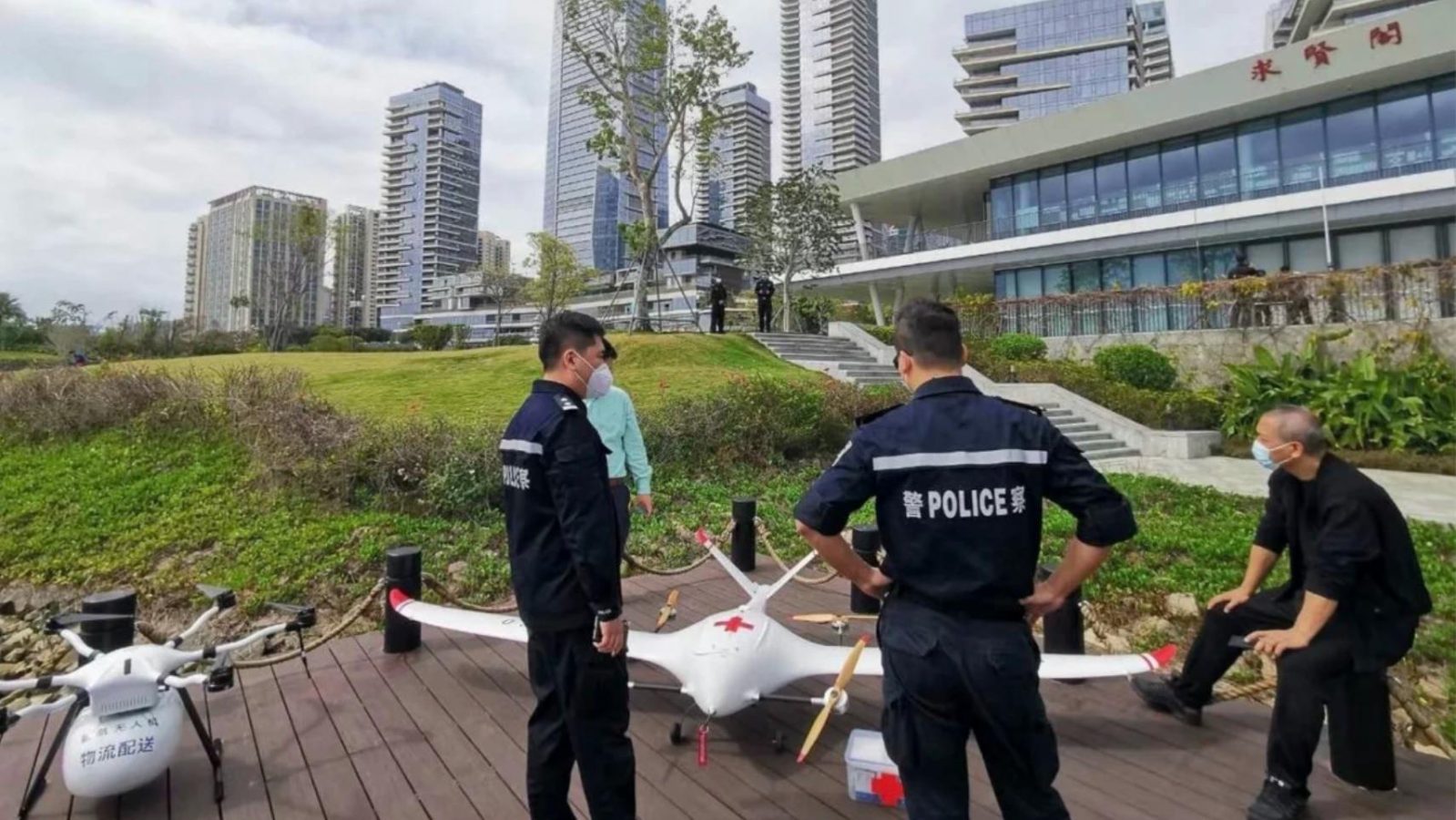 The Chinese government is using surveying, mapping, and delivery drones to enforce the world’s largest quarantine in order to try to contain the coronavirus. Industrial drones have been modified by government agencies and drone manufacturers to try to keep an estimated 50 million residents indoors across a dozen Chinese cities.

‘The coronavirus outbreak has changed the way people work and operate,’ bolstering applications and autonomous equipment that reduce human contact,’ said Xie Jia, deputy general manager at Shenzhen Smart Drone UAV. The company’s drones are used in surveying, mapping, and defense, with a logistics model that can lift a maximum payload of 15kg.

Chinese drone capital Shenzhen has about 360 different drone manufacturers, including the world’s largest drone maker, DJI. Collectively, these companies supply 70% of the world civilian drones and about 60% of Chinese industrial unmanned aerial vehicles, according to official data. Market research firm AskCI Consulting estimates that the market for industrial drones may grow by as much as 42% this year to about $1.2 billion.

‘The coronavirus outbreak has led to a deeper understanding of the application of drones by society and government,’ said Lu Zhihui, chairman of Shenzhen MicroMultiCopter Aero Technology, whose surveying and mapping drones can be geared with loudspeakers, thermal sensors, 40-times zoom lenses and flood lights to help enforce quarantines. ‘It’s an excellent catalyst for our company’s development that will fast-track our growth.’

Since the coronavirus outbreak led to citywide quarantines, MicroMultiCopter has supplied more than 100 drones to local government authorities in 11 Chinese cities. The company works directly with government agencies including police, transport department, and local propaganda units. Every drone can cover about 10-square-kilometers of urban areas in an hour, saving the work of more than 100 police officers in dozens of vehicles, Lu said. MicroMultiCopter is planning to more than double its production to 5,000 drones this year, from 2,000 aircraft last year.

We previously reported on DroneDJ that DJI has been using modified versions of their DJI Agras T16 agricultural drone to spray large parts of urban areas with disinfectants. We also ran a story about how thermal cameras on DJI Mavic 2 Enterprise Dual drones could be made more accurate with a simple piece of cotton.

What do you think about the Chinese government using drones to contain the coronavirus? Let us know in the comments below.