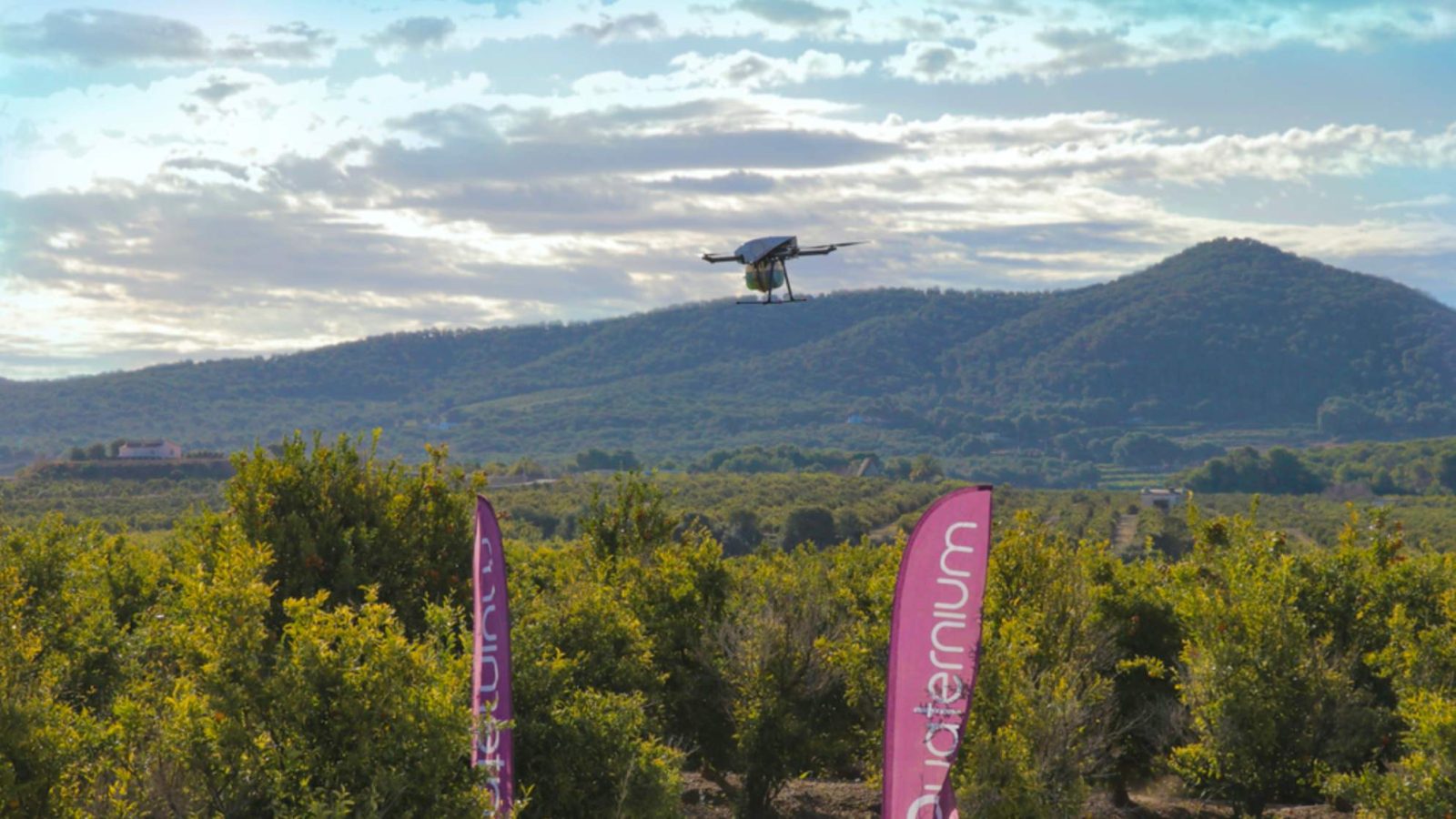 Spanish Quaternium sets a drone flight time record of eight hours and ten minutes, almost one hour longer than the previous record. Watch the short video below in which the police from Benidorm, Spain explains the value of such long flight times.

Spain-based Quaternium has set a flight time record of eight hours and ten minutes with a hybrid multirotor. The world endurance flight of 490 minutes was almost one hour longer than the previous record, according to the company.

Quaternium started developing unmanned aircraft or drones six years ago. Since the start, the company has been heavily involved in trying to set new flight time records.

The drone developed by Quaternium combines electrical systems and batteries with the use of a 2-stroke gas engine powered by 95 octane fuel with a four percent oil mixture ratio. The unmanned aerial system weighs around 55 pounds and features a payload of 22 pounds. When carrying a full payload the drone can stay airborne for approximately 2 hours. The quadcopter has a cruising range of about 30 to 50 miles per hour.

The Hybrix 2.1 drone to set the world record was modified so that it could use more fuel. Other long-endurance drones that have set records in the past were reliant upon hydrogen-powered systems.

See the table below for comparison purposes.

Watch the video below for more information on this specific drone and also for how the Benidorm police in Spain values a drone with such an extended flight time.

What do you think about the flight time of the Spanish Quaternium drone? Let us know in the comments below.