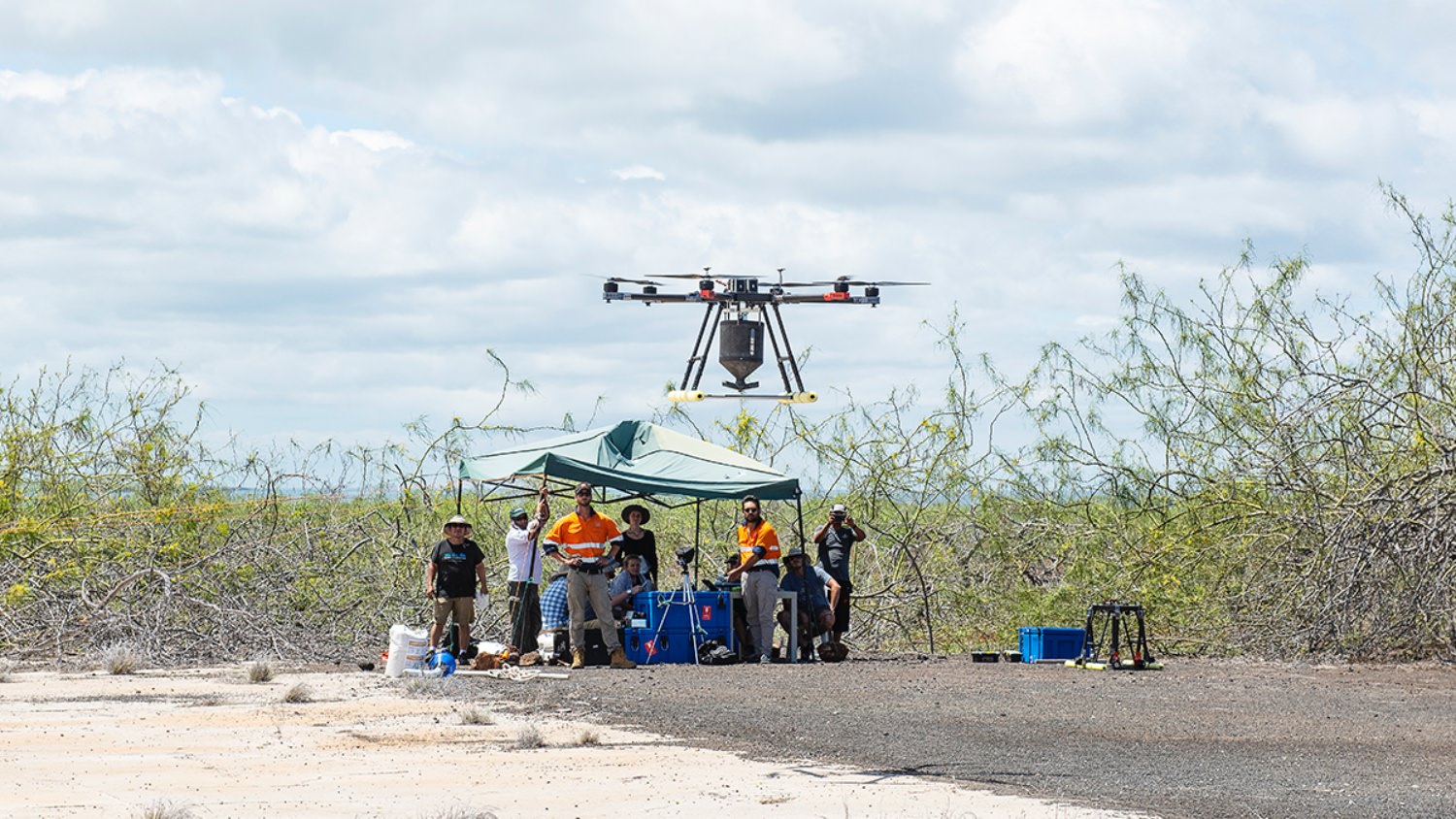 In our latest piece of news in which drones are used for good we go to the New Zealand wilderness. Here pests such as rats, stoats and possums are now hunted with poison-laden drones. The unmanned aircraft will be used to drop baits in the path of these pests.

New Zealand’s Department of Conservation (DoC) is considering using these poison-laden drones as a high-tech method to stop the country’s biodiversity crisis, according to an article in The Guardian.

To get to the steep cliffs, deep ravines and impenetrable vegetation that are inaccessible to humans, a special 21-foot mini-helicopter drone is being developed. Normally to reach these sections of the wilderness, manned helicopter were used extensively by the DoC. However after a number of deadly accidents the department is looking for a less expensive and less expensive way that is also more environmentally friendly.

Compared to manned helicopters, the mini-helicopter drone is two-thirds less expensive and emit 85% less carbon, which is especially important for the New Zealand government that committed to being carbon neutral by 2050.

Apart from the benefits mentioned above, the poison-laden drones are also far more precise then manned helicopters when it comes to dropping their bait, which can be dropped within inches of the target. This level of precision-bait-dropping is important since accidental poisonings of endangered species are still occurring according to the news outlet.

“Restoring nature so indigenous species can thrive requires new tools and technologies,” minister of conservation Eugenie Sage said. “Drones have the potential to be a game-changer.”

More than 2.4 million acres of land has been targeted for pest eradication. “So there’s plenty of New Zealand” for the drones to deal with said Brent Beaven, head of the Predator Free 2050 programme at DoC.

“We are in a changing world, we can use helicopters for a lot of stuff, but our carbon footprint needs to track towards zero, we need to be looking at other options,” Beaven said. “My dream is that one day we’ll have artificial intelligence devices that will detect the presence of a pest somewhere that will automatically link to a messaging service that will send a drone out – wouldn’t that be great?”

According to Beaven, the next phase of the pest eradication project after three years of exterminating pests on 117 offshore islands was “science”.

A New Zealand startup called Environment & Conservation Technologies (ECT) has been awarded  about $478,000 USD to come up with a drone solution that is designed to deal with the unique challenges of the Kiwi wilderness and unpredictable weather. ECT has experience with similar projects in which drones were used in the Galápagos Islands and the Pacific.

Using poison-laden mini-helicopter drones, ECT was able to drop 1.5 tones of bait over 450 acres in just two days to stop an infestation on black and brown rats that were a threat to the survival of a vulnerable ground-dwelling bird population.

According to Karl Campbell, the South American regional director of Island Conservation, the drones saved the conservation group hundreds of thousands of dollars and got the work done much faster and less intrusive than helicopters that were used before to eradicate pests.

“The use of drones is more precise; it also increases feasibility, and reduces eradication costs of invasive rodents in small and mid-size islands worldwide,” Campbell said.

It is thought to be the first time in the world that poison-laden drones were used successfully to eradicate rats on the Galápagos Islands.

“New Zealand’s environment has extreme terrain and vegetation type and can be extremely dangerous for people on the ground to lay bait stations,” Sam Vye of ECT said. “Using a drone we can actually fly in slightly more dangerous conditions than a manned helicopter, including to remote islands which are expensive for helicopters to get to. Compared to a manned helicopter, it also comes down to the precision and the placement of baits.”

The mini-helicopter, poison-laden drone that is being developed for use in New Zealand’s back country will be able to carry more than 440 pounds of bait and only requires one drone pilot and an office worker to operate.

As of yet, the New Zealand government has been able to completely eradicate introduced pests from 117 offshore islands and is now targeting the mainland. The test program with the drone will take more than two years and will involve three phased testing stages.

What do you think of the use of poison-laden drones to eradicate pests? Do you see use for drones like this here in the United States? Let us know what you think in the comments below.