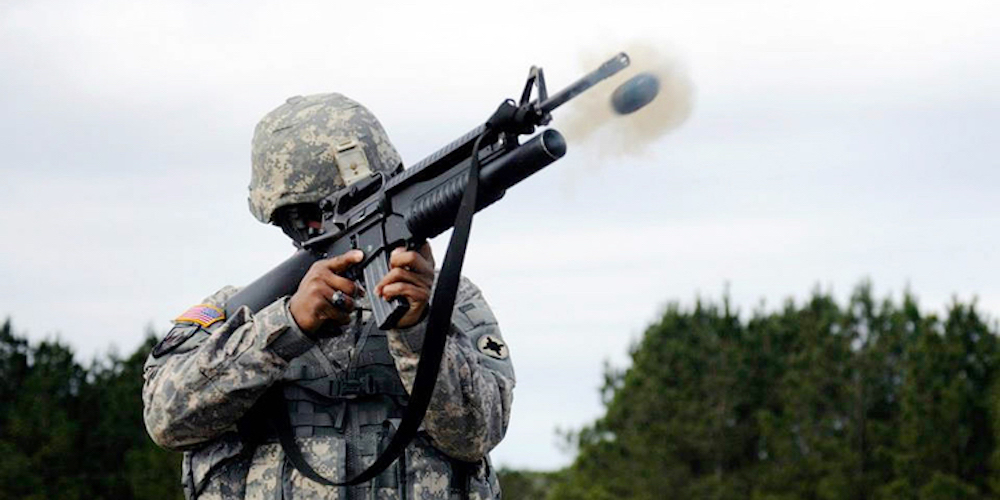 Talk about an explosive idea. The US Army Research Lab (ARL) has married drones with grenade launchers. The result is a surveillance system that can operate at up to 2000 feet altitude and 1.25 miles away.

After firing drones from grenade launchers, soldiers operate them from a handheld remote control unit that receives streaming video. The drones get a nice head start on reaching their target. The M320A1 grenade launcher has a 350-meter maximum effective range.

“This device provides an autonomy and intelligence platform to help soldiers perform useful missions while having a lookout from hundreds of feet in the air,” said John Gerdes, a mechanical engineer (ARL).

The army has not said when these crafts might actually make it to the battlefield. But they are part of a larger drone deployment strategy for the military. Last year the Army’s Soldier Borne Sensor (SBS) Program began fielding small drones that can also operate at up to 1.25 miles distance. However, their battery life is limited to 25 minutes. And they take to the air under their own power, rather than from a canon.