How to use Drone Racing League Simulator on your iPad 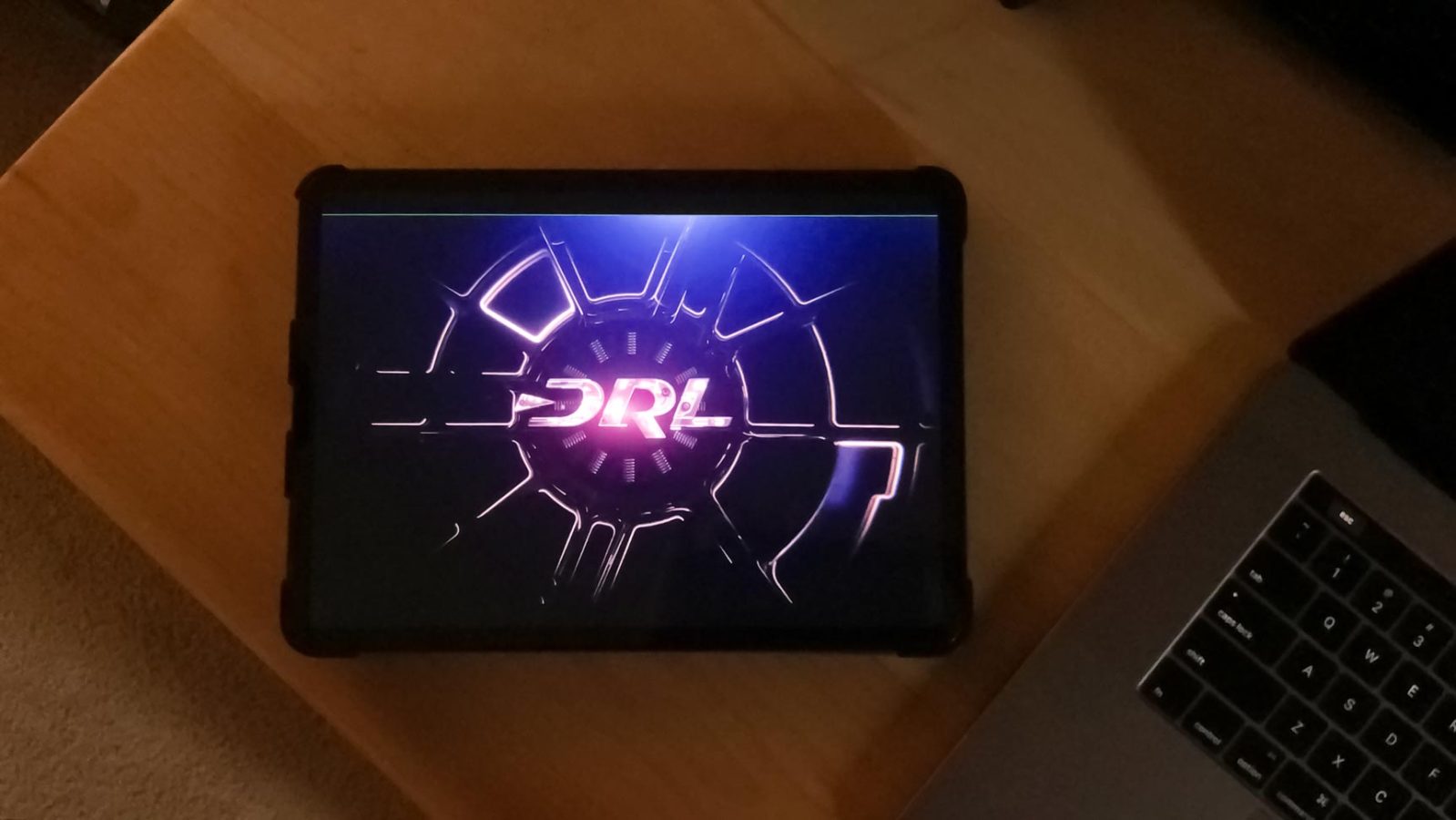 If you own a recent-model Mac and iPad, you can now use the iPad as a portable, secondary display for your computer using a feature called Sidecar. This is a great way to use software, such as a drone simulator, on an iPad, even if there isn’t a mobile version of the program. Here’s how I used Sidecar to get my favorite simulator, DRL Sim for Mac, running on an iPad.

Essentially, the computer is handling all the processing, and the iPad is just mirroring the display. Combine that with a wireless controller, such as the Taranis QX7 (plus the wireless transmitter dongle), and you are liberated from your desktop or laptop.

What you need to get a drone simulator on your iPad

You need fairly recent Apple hardware, such as an iMac or MacBook Pro from at least 2017 and a 6th generation iPad or newer. Check Apple’s Sidecar support page for the specific models supported. You also must be running the latest version of macOS, Catalina, along with iPadOS 13.

Aside from being on the same Wi-Fi network, make sure you are signed into the same iCloud account on both devices for this to work. If you have a 5 GHz network, that should provide plenty of speed for low-latency gameplay. However, if you still can’t get a great wireless connection, you can plug the iPad into the computer via USB for a direct link and essentially no lag. (But you won’t be able to get too far away from the computer if you are tethered.)

To activate Sidecar, simply head up to the AirPlay logo (third icon from the left in the above image) on the top right of your Mac screen and select your iPad as the display. 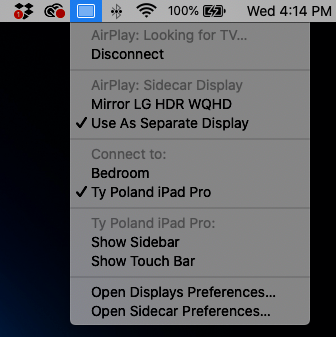 Once you tap on that, a dropdown menu allows you to adjust the Sidecar Settings and Display Preferences for the iPad display.  Check out our sister-site 9to5Mac’s full Sidecar tutorial for more information.

Then take your iPad and controller anywhere you want to enjoy your sim. Apple says that Sidecar works with the Mac and iPad within 30 -100 feet of each other. With my computer in the office on the main level, I was able to use my iPad upstairs in my bedroom, outside on the patio, downstairs in the basement, and pretty much anywhere else I had a solid Wi-Fi connection. I wasn’t able to transfer the sound to my iPad, but If you are using Bluetooth headphones, audio shouldn’t be an issue.

Though there is a little bit of latency, everything seems fluid enough to fly for fun. I continue to hope for a native iPad OS version of DRL Sim. But in the meantime, this is a good workaround.