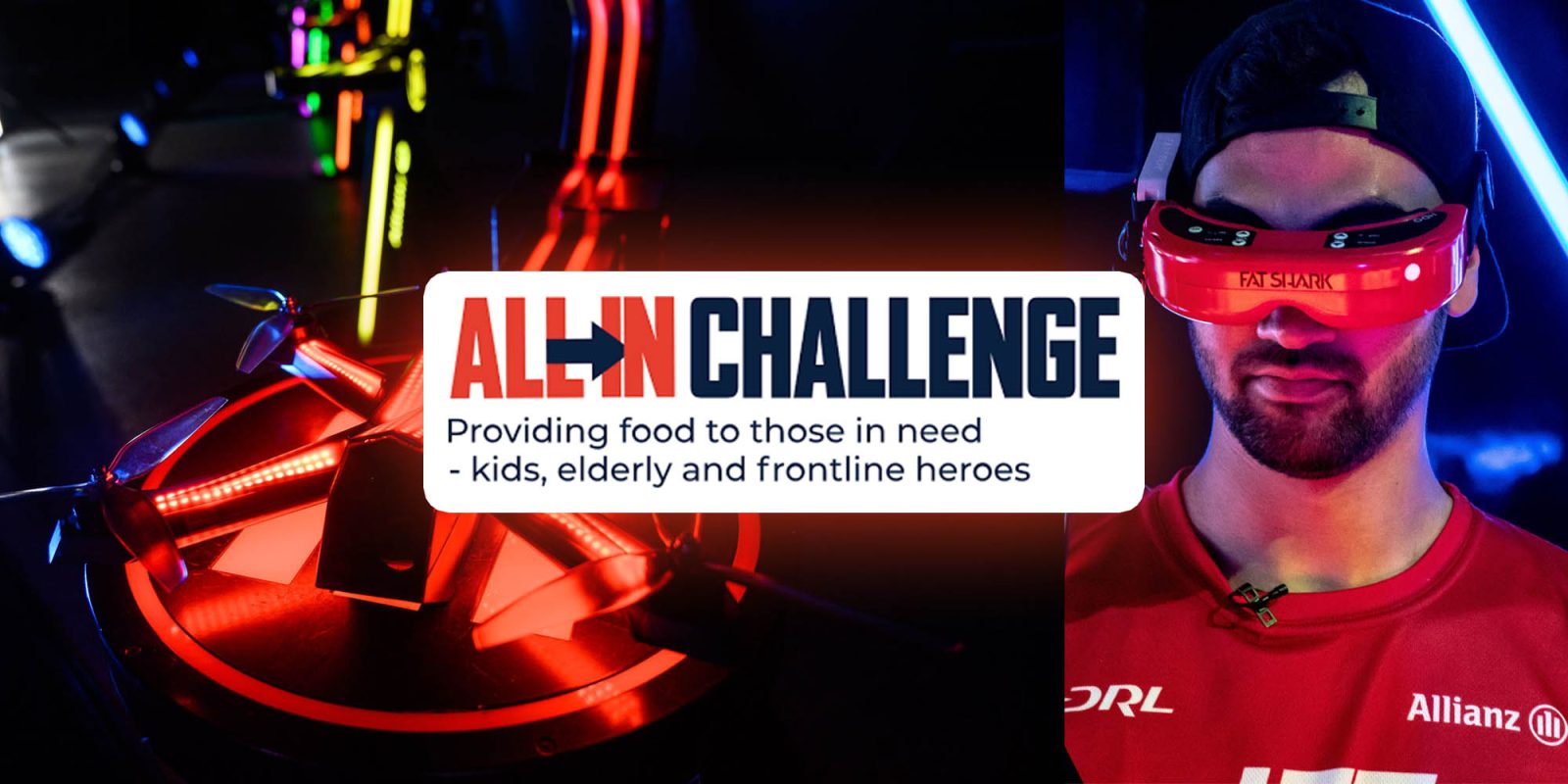 The Drone Racing League (DRL) has gone All-In. It’s joined Fanatics’ All-In Challenge, which raises money through auctions and sweepstakes to support food aid programs for those affected by the COVID-19 pandemic. The All-In Challenge allows people to go into the running to win some one-of-a-kind prizes and experiences—from a custom-built racing drone to running a lemonade stand with Ryan Reynolds and Hugh Jackman.

For its contribution to the Challenge, DRL has partnered with top drone racing pilot JET on a fundraising auction. The top bidder will win a custom-built DRL Racer4 racing drone and a free one-hour flying lesson with JET himself. DRL swag will also be included. The auction is live now and will run until Tuesday, May 5th.

All money raised in the bidding war will go to food programs aiding those working on the frontline of the pandemic, along with children, the elderly, and others affected by the coronavirus. Food will be provided by Meals on Wheels, No Kid Hungry, America’s Food Fund, Feeding America, and World Central Kitchen.

The DRL Racer4 is the racing drone that has been used in the latest season of the Drone Racing League. It is capable of flying at over 90 miles per hour, and of accelerating from 0 to 90 mph in less than one second. The Racer4 is equipped with 2510 BH Avenger Motors. They offer a massive amount of torque in a short amount of time, allowing for faster starts and acceleration coming out of corners. A 21V 5S 2200mAh 70C battery offers a high sustained power and even more bursts of power for a racing drone and ensures it can fly for the full duration of a professional race. It even has enough juice to power more than 100 LEDs on each of the drone’s four arms.

One hour flying lesson with JET

The winner also gets a one-hour lesson in DRL’s simulator with two-time DRL Allianz World Champion Jordan Temkin, better known as JET. They will learn everything from the basics of drone flying to some of the best knowledge only attainable from pilots who eat and breathe drone racing.

The @DroneRaceLeague are officially ALL IN! The DRL are giving YOU the chance to Win a custom-built racing drone + flying lesson with DRL champion Jet, you can bid on this right now! Visit https://t.co/K1pgbCC7Jm and help raise millions of dollars for the #ALLInChallenge pic.twitter.com/Rrm5JZWwqQ

How much would you bid for the drone-and-lesson package? Will you be entering in any of the other auctions or sweepstakes from the Fanatics All-In Challenge? Let us know in the comments below.