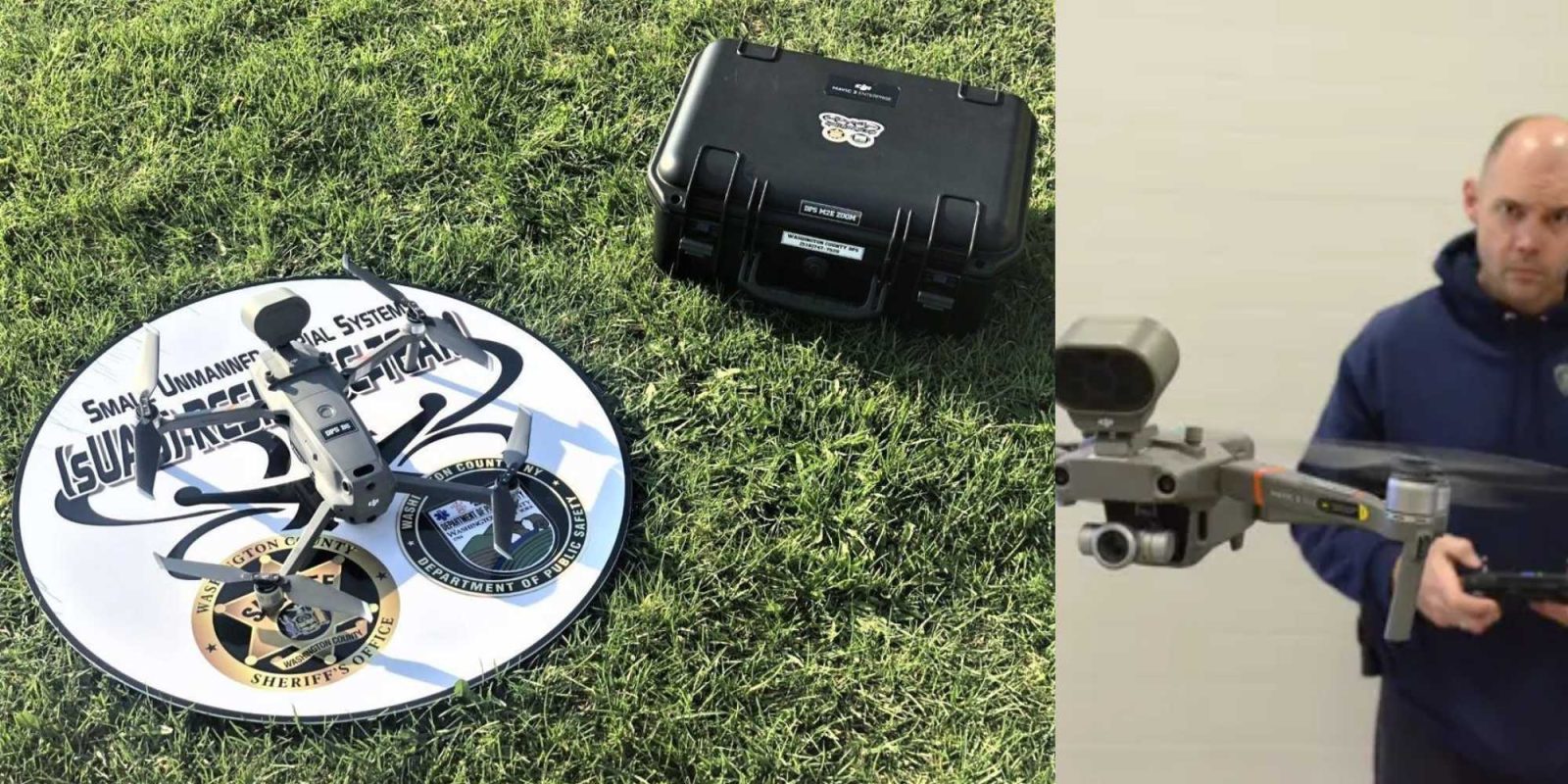 DJI Enterprise’s Disaster Response Program has been delivering drones to police departments around the United States over the last few weeks in the fight against COVID-19. DJI Enterprise is sending out its DJI Mavic 2 Enterprise drones equipped with a speaker to allow messages to be shared via drone.

The Disaster Response Program setup by DJI was initially used in response to natural disasters where drones would be of use, but with the recent COVID-19 pandemic, the program has pivoted to focus on helping police departments and first responders around the US in using drones.

Today we learn of two more police departments that have received DJI Mavic 2 Enterprise Zoom drones as a part of the program. These are the Washington County Sheriff’s Office in New York and the Battle Creek Police in Michigan.

Washington County Sheriff’s Office was given two DJI Mavic 2 Enterprise Zoom drones and have been using them in planning efforts, such as figuring out where shelters can be placed, shipments can be stored, and if needed, where a temporary hospital can be set up. Tim Hardy, deputy director of public safety, stated that the drones will also be used if someone was spotted breaking the lockdown rules. For example, police could send the drone to inspect a park where people congregate.

Tim Hardy was also excited to share that the drones could be used to broadcast messages to people from above with the speaker attachment from DJI.

You can blast out a message from the pilot that says, ‘Hey, please make sure you stay 6 feet apart.’ We have not had to use it for that. The one benefit of being upstate is we have a lot of people that are socially distant normally.

Battle Creek Police received three DJI Mavic 2 Enterprise Zoom drones as a part of the program to be used in mass communication, monitoring public areas, and detecting unsafe behavior without risking officers. In this situation, Battle Creek Police will be able to use all three drones for 90 days and then retain one drone for future police work, such as search and rescue.