DJI’s Mavic Air 2 giveaway ends: here are all the clues 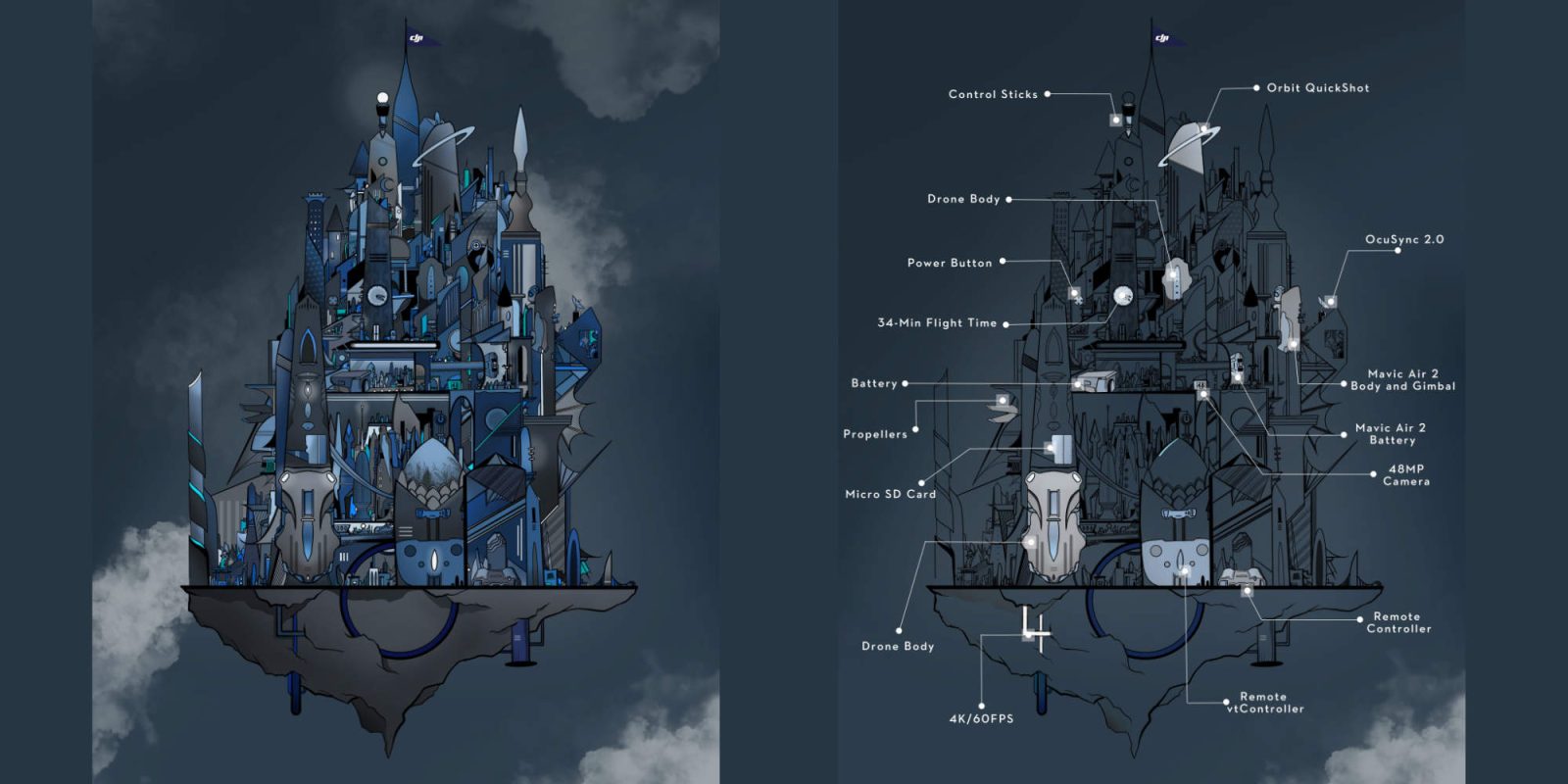 Last Thursday DJI announced it would give a Mavic Air 2 to the first two people to find all the clues in the poster for the upcoming product. The competition closed on April 27th and DJI has now announced the winners and revealed the clues.

DJI announced the winners via Twitter, also sharing where all of the clues are located in the poster. The two winners, Borderless and Dan Davis managed to find all the clues and will each be getting a DJI Mavic Air 2 sent to them.

DJI has also shared a blank version of the poster giving you the opportunity to have some fun coloring in while stuck at home with not much to do.

One thing to note that’s a little odd: DJI asked for the entries to be attached as a reply to the original tweet, allowing everyone to look at each other’s entries to find the parts more efficiently.

There were a total of 16 Mavic Air 2 parts hidden in the image consisting of the following:

The DJI Mavic Air 2 is the latest drone to be released by DJI, with an exciting feature set including 4k 60fps video, 48MP photos, ActiveTrack 3.0, and HDR photos and video. The DJI Mavic Air 2 has a maximum flight time of 34 minutes and can fly up to 10km away (in the US). Be sure to take a look at our Mavic Air 2 coverage below:

Congratulations to both lucky DJI fans, Borderless and Dan Davis, who found all of the clues in our illustration! A brand new Mavic Air 2 is about to help you Up Your Game! ✈️🙌🏻
Learn More about Mavic Air 2 here: https://t.co/A5KrjxCYKD pic.twitter.com/RNwo3dG3y2

Did you enter the giveaway? How many Mavic Air 2 parts did you manage to find? Let us know in the comments below.