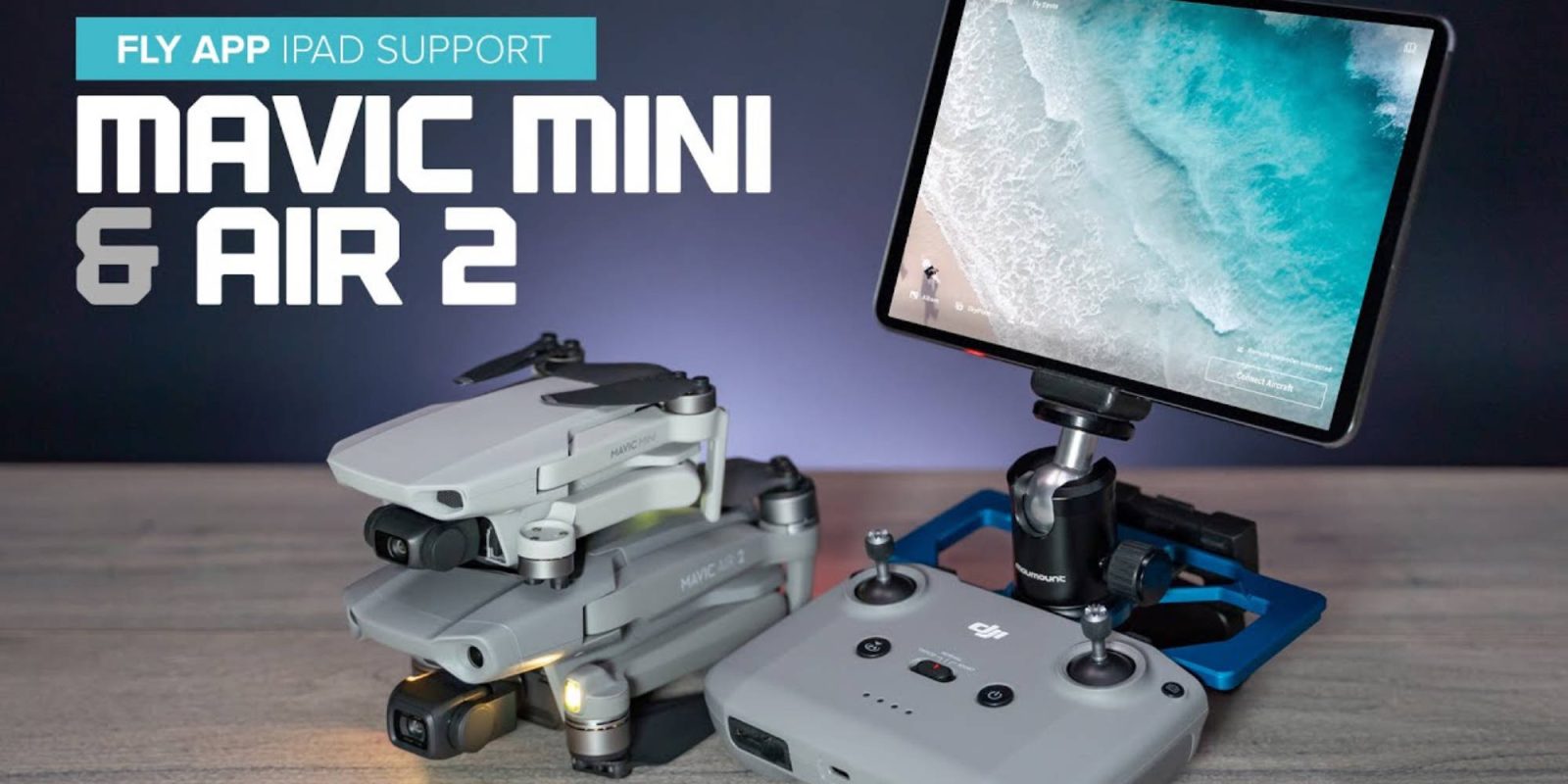 The DJI Mavic Air 2 includes a new controller with a mounting system capable of extending 86mm (about 3.4 inches) tall. That’s fine for grabbing a smartphone, but the mount won’t fit a tablet, which is a bummer. Tablets have large screens that are often brighter, making them easier to see when you are out flying a drone.

Fortunately, there is a workaround: third-party adapters that extend the ability of the controller to hold a much larger screen.

The other day we reported that the DJI Fly app was updated to support the Mavic Air 2, along with activating a few of its exclusive features such as the new FocusTrack and Hyperlapse modes. Another feature that was added in the v1.1.0 update was support for iPads, a highly requested feature. So there’s step 1: You can run the app on Apple’s tablet. And from what we can tell, the Android app should already support tablets as well as smartphones.

The FlytPath YouTube channel took a look at these mounts designed for the last generation of Mavic’s to test if they can be used for the Mavic Air 2. And they should all fit perfectly.

iPad & tablet mounts we can recommend:

Will you be purchasing a DJI Mavic Air 2? Or are you holding out to see what the Mavic 3 has to offer? Let us know in the comments below.