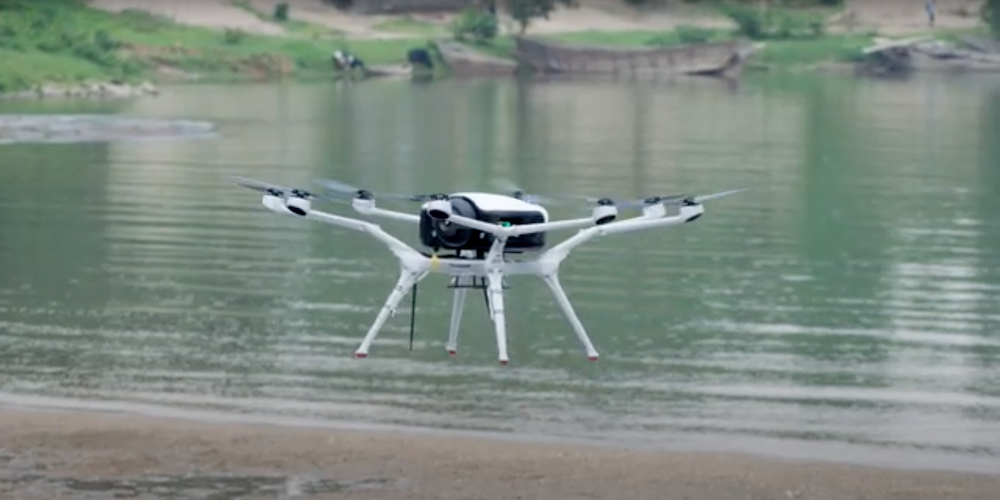 To see the future of drones, just visit Africa today. That’s especially true in Rwanda, which is likely the most drone-friendly country in the world. So it was a fitting place to host the African Drone Forum and its public service drone competition earlier this year, before COVID-19 made such gatherings impossible. The winners were just announced this week.

More than 70 teams applied for the competition. And of them, a handful were chosen to come to Rwanda for the actual tests, competing for cash prizes funded by the World Bank. The competition was a strenuous one that required drones to fly far beyond the line of sight of the operators. It took place over five days at Lake Kivu in Rwanda and consisted of three challenges, all involving flights to an island over 20 kilometers (12.4 miles) away.

The challenges all focused on real-life uses of drones in Africa, such as transporting medical supplies or assisting in search and rescue operations. In the emergency delivery competition, for instance, the drones had to deliver a package from the drone base to the island. In real life, this might be medical cargo such as blood supply. Rwanda has hosted many thousand such deliveries since drone delivery services began in the country in 2016.

In the second challenge, remote sample collection, the drone had to pick up packages containing mock medical tests from the island and return to base. This again reflects real life. Ghana, for instance, recently began daily pickups of COVID-19 tests that are flown by drone to medical facilities for processing. In the final challenge, find and assess, a drone had to fly over the island and map locations that could be used by rescue crews in the case of a disaster.

No one team swept the awards. Instead each competition had its own winner of a £60,000 ($74,000) prize. The prize for emergency delivery went to the German company Wingcopter. Its drone is a VTOL, which can take off and land like a helicopter in tight spaces but fly on wings for most of the journey to save power. The sample pickup award went to Phoenix Wings, another German company with a VTOL craft. South Korean company Hojung Solutions won the find and assess competition with its unique hand-launched airplane.