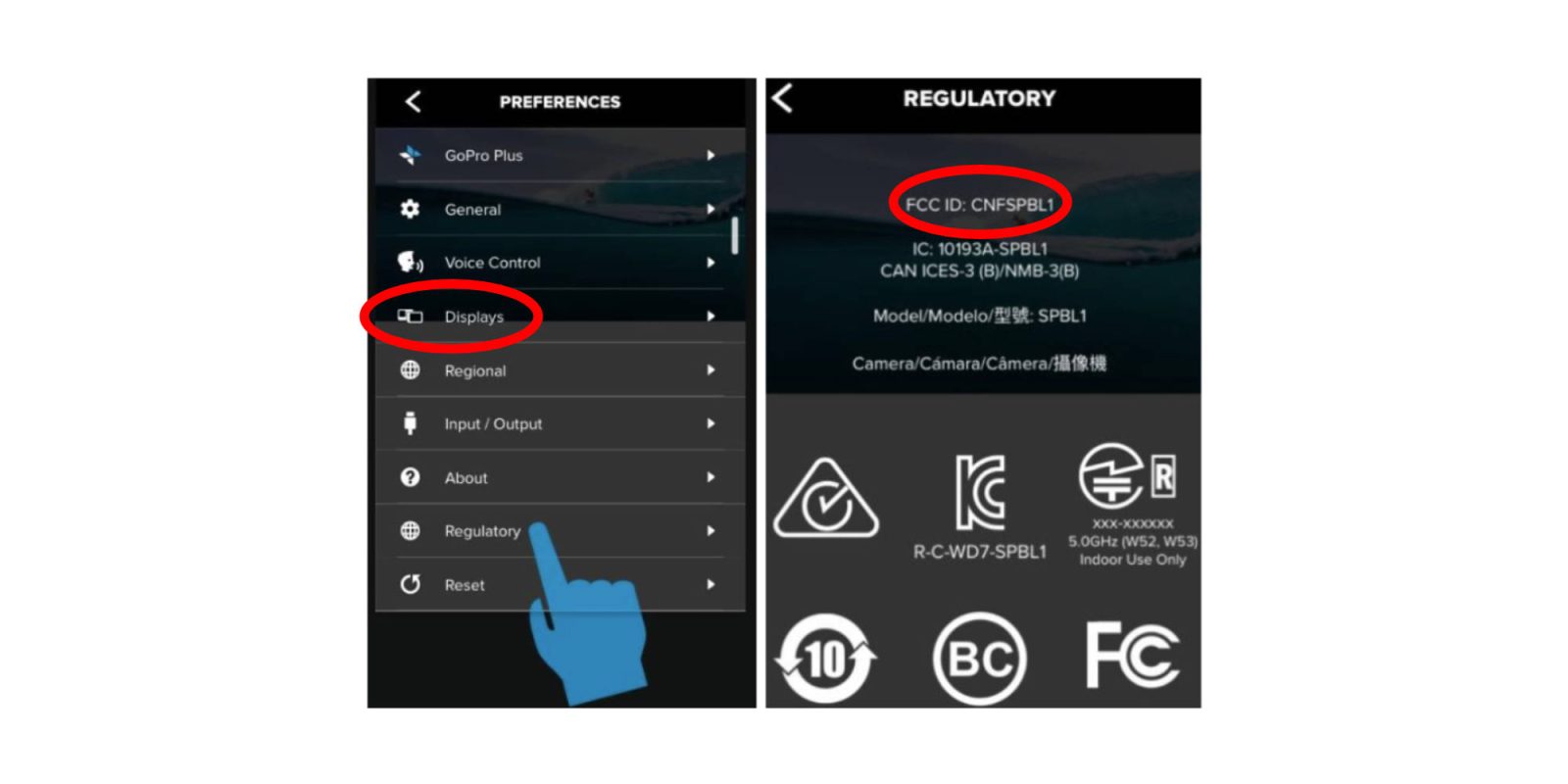 A new FCC listing from GoPro has appeared online earlier this week with what looks to be its next camera, the new GoPro Hero 9. While we are only able to see the location of the FCC’s label within the camera software, looking at the menus reveals something new.

A new camera has hit the FCC’s test bench from GoPro dubbed the SPBL1, a possible successor to the GoPro Hero 8. The new GoPro looks like it was tested back in March of this year, if the date in the screenshots is anything to go by. And the results were released onto the FCC site on May 6th.

From the FCC label, we can see an updated menu item in the preferences called Displays. This used to be called Touch Display. From this, we can guess GoPro has followed in the dual-display trend and will now allow you to see what the camera sees from the front display. This can also be seen in the menu icon, which shows a rear and front display.

On the main screen dropdown menu, we are able to see a new button and the removal of the preferences button. The new button looks to be a box with a person in it: possibly a new selfie mode or a toggle to select the front display? The preferences have now moved to a new screen along with a connections button, which was previously found in the preferences menu. This new change will mean no more going through multiple menus to access Wi-Fi and Bluetooth settings.

There are some other small changes. The GoPro Plus subscription icon has been given some color and is now featured at the top of the preferences menu. The general icon has received a new gear symbol, and the overall size of all the icons looks to be larger.

What do you want to see from the new GoPro Hero 9 action camera? Let us know in the comments below.