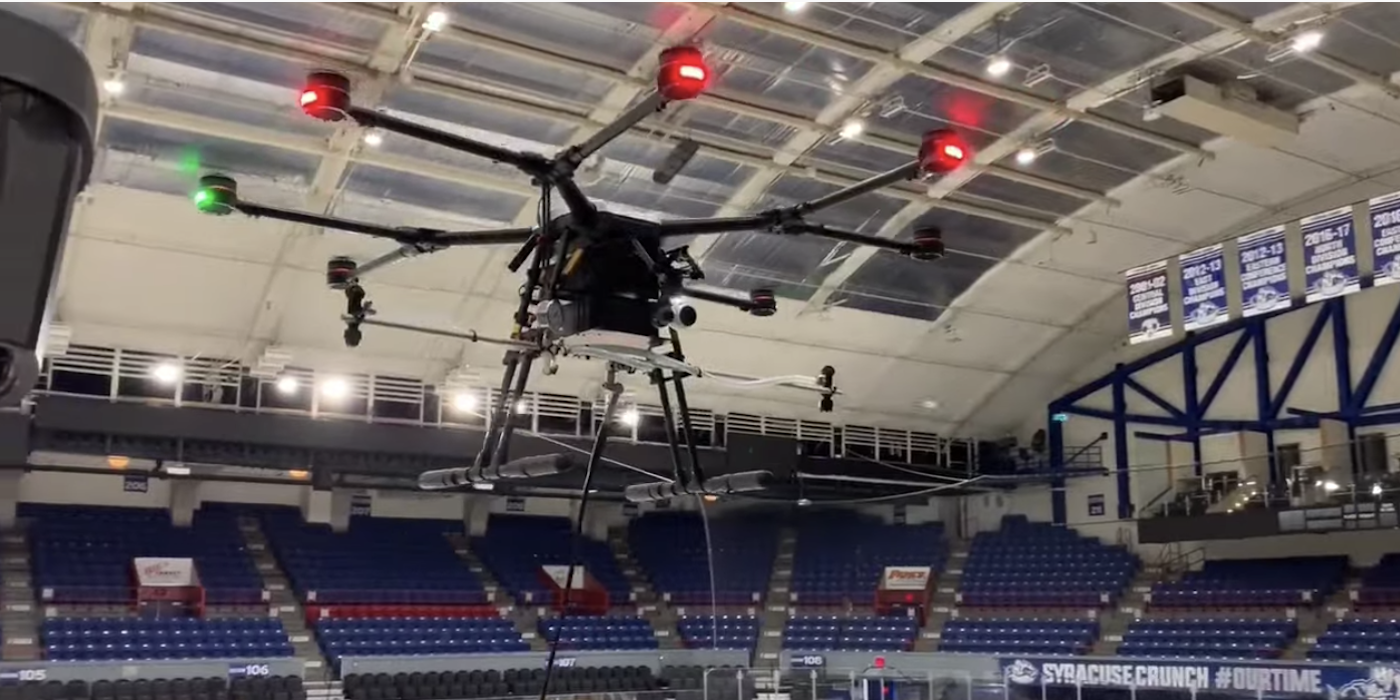 Virtually all public sporting events are closed down due to the coronavirus. But when venues consider reopening, a New York-based drone company is offering a solution to keep them germ free by spraying disinfectant from above.

Until recently, Syracuse startup EagleHawk specialized in drone-based roof inspections using thermal cameras. But as that work slowed down due to the lockdowns, it began exploring the disinfection business, reports Syracuse.com. The company has retrofitted its inspection drones, replacing cameras with sprayers for applying disinfectant quickly over wide areas. A long hose runs from the drone to tanks of disinfectant stored on the ground. To prevent the hose from snagging on stadium seats or other objects, a second drone holds up the slack in the hose.

EagleHawk bills this setup as a faster method than sending workers into the seats to disinfect them all by hand. It’s also eliminates the risk of exposure for workers. The company has tested the system in three indoor sports venues, including the KeyBank Center in Buffalo, home of the NHL’s Buffalo Sabres. EagleHawk says the system can also disinfect outdoor stadiums.

“We’re getting strong interest now, but I think everybody’s in a waiting game, unfortunately,” said the company’s CEO Patrick Walsh.

EagleHawk is not the first company to propose a disinfecting drone for sports arenas. A company called Omni Environmental Solutions, for instance, has developed a similar drone for sports venues and other large indoor spaces, such as convention centers. That one carries its own tank of disinfectant, potentially making it more agile than EagleHawk’s tethered version. Agricultural drones have also been repurposed in countries such as Spain and India for spraying disinfectant in outdoor areas.