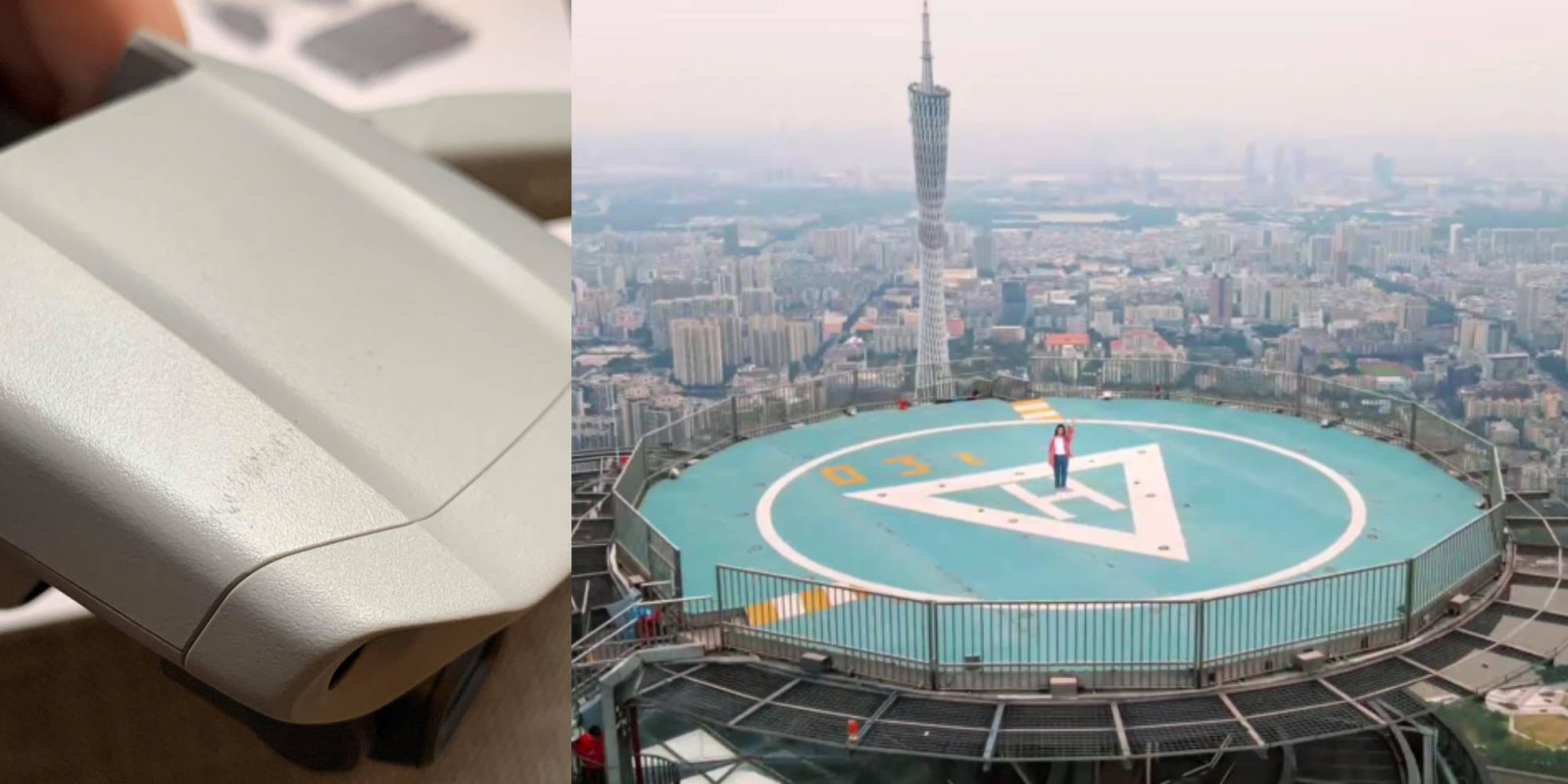 Various DJI Mavic Air 2 users are receiving their drones with scuff marks and scratches out of the box, something that shouldn’t be happening with a high-end product. The same user who reported a scratch has also found that Mavic Air 2 Quickshots are locked down to 1080p 30fps at 35Mbps, hopefully, something that can be fixed with a firmware update.

ZeroFGC posted on Twitter earlier today of his drone arriving out of the box with a dark scuff mark on the front. He then shared the issue on the DJI Reddit page, where another user commented that their drone was scratched in almost the same spot. Could there be some sort of issue at the factory with people handling the drone or with a machine? The issue doesn’t seem to be affecting performance, but it’s not something you’d like to see on your brand new DJI drone.

The same user messaged a DJI rep on Twitter a few days ago, asking about the resolutions that are usable while in a Quickshot flight mode. The DJI rep stated that Quickshots can be taken in 1080p, 2.7K or 4K resolution. While testing out the Quickshots, however, he found that he was only able to record in 1080p 30fps at 35Mbps.

Hopefully, DJI will be enabling higher resolutions in a future software update. This isn’t the first video glitch for the Mavic Air 2. Yesterday we reported how Hyperlapse mode is unusable at 8K and is not available in 4K, creating frustration among Mavic Air 2 owners.

At its core, the DJI Mavic Air 2 is an impressive drone with awesome specs for the price and size, but there seem to be a few first-day bugs and missing features that DJI hasn’t been able to resolve before shipping. This could be an issue with having to work under restrictions due to COVID-19, not allowing for face-to-face collaboration.

What do you think of the issues the DJI Mavic Air 2 is currently facing? Are you having any of these issues or others we haven’t mentioned? Let us know in the comments below.