Where can I fly my drone legally in the United States? 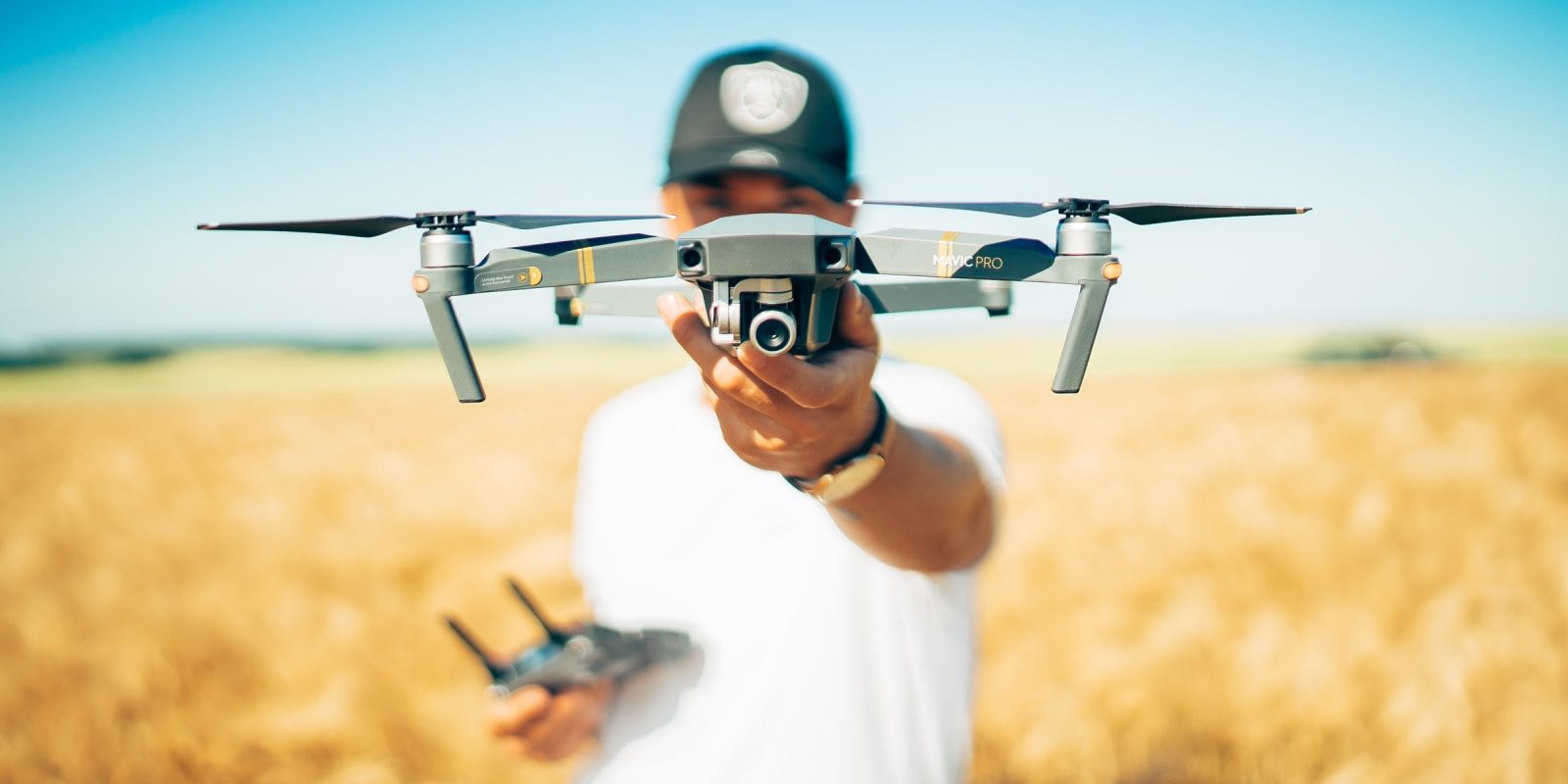 Consumer drones offer vast opportunities for entertainment and creative expression in photography, as long as you follow some basic rules. The US is one of the stricter countries when it comes to drone laws, but the rules for recreational users are pretty easy to understand and comply with. And it costs only $5 to get set up.

Note, however, that the moment you accept money for your drone flights — such as selling photos or videos you shot — you are operating as a professional and are subject to stricter standards. Chief among these is the requirement to obtain a remote pilot certificate.

But if you keep it on the leisure side, it’s easy to get up in the air legally. Here are answers to the biggest questions when it comes to flying a drone for fun in the US.

Can I lawfully fly my drone in the US?

Yes, with restrictions. The FAA Reauthorization of 2018 established the latest legal framework for the agency to regulate drones of all kinds in the US — for recreational as well as professional and government use.

Where can I fly my drone legally?

You can fly your drone in huge swaths of the US with limited bureaucratic hassle. In general, drones are allowed to fly throughout much of Class G airspace, which is outside the controlled area around airports (classes B, C, D, and E). It’s also possible to fly closer to airports by filing a quick online application in one of several free apps that communicate with the FAA. (More on that at the end.)

Are there laws about places I cannot fly in the US?

Yes. Although it’s labeled as “uncontrolled,” even Class G airspace will have areas where flight is restricted or prohibited. All national parks, for instance, are classified as “no-drone zones,” whatever airspace they lie in. It’s also forbidden to fly a drone over stadiums and raceways during sporting events. Flying over certain facilities, such as federal prisons or military bases, is also prohibited. 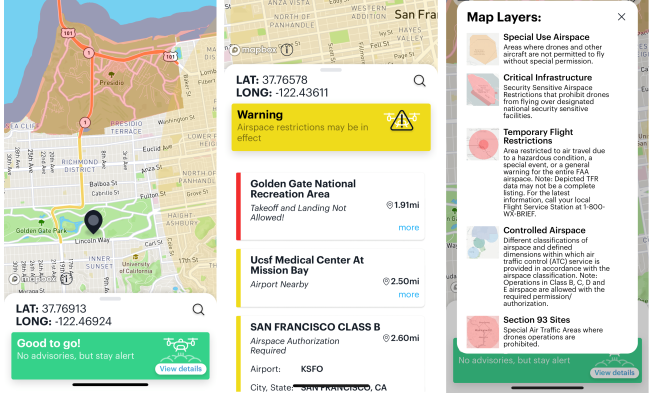 The FAA’s free B4UFLY mobile app provides live maps that show the different airspace types and restricted areas, as well as special alerts. Some drone controller apps (such as DJI’s) also have access to detailed information on flight restrictions. They will prevent the drone from flying in off-limits areas, a process called geofencing.

What rules/laws do I have to follow when I fly my drone in the US?

Even in uncontrolled airspace, drone laws set restrictions on both recreational and professional operators in the US (although pros can apply for waivers of some restrictions). Some of the biggest requirements are that the drone must:

You also can’t be under the influence of alcohol or drugs. That may include legal medications that impair your ability to operate the drone safely.

Do I have to take a test to fly a drone?

Someday you will have to take a knowledge test to be able to fly a drone, even recreationally. But the FAA has not yet devised a test for recreational drone operators. So for now, it just asks you to follow those basic rules we covered above.

Do I have to register my drone with the FAA?

Any drone weighing over 0.55 pound must be registered. (That exempts quite a few small consumer drones, like the DJI Mavic Mini.) Registration costs $5, takes a few minutes on the FAA website, and is valid for three years. (On the FAA site, choose the option to register under the “exception for recreational flyers.”) When you register, you’ll receive a number that you must affix to the outside of the drone. You also get a UAS certificate that you must carry with you when flying. 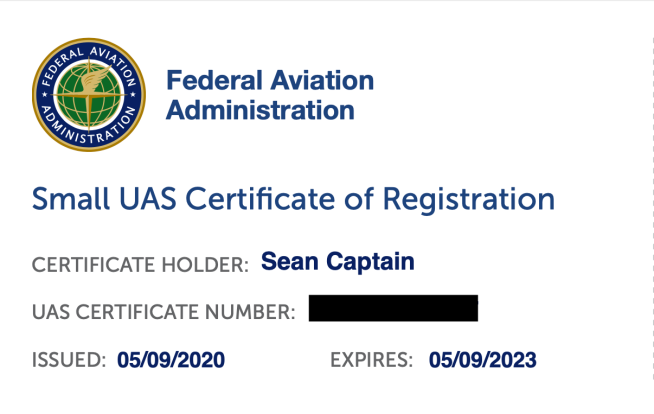 How do I request permission to fly my drone near airports?

In 2018, the FAA introduced an online system called Low Altitude Authorization and Notification Capability, or LAANC, that allows users to request permission to fly in class B, C, D, and E airspace around airports. Several companies, such as Kittyhawk and AirMap, produce free apps that allow you to submit a LAANC request and get an answer back, usually within seconds.