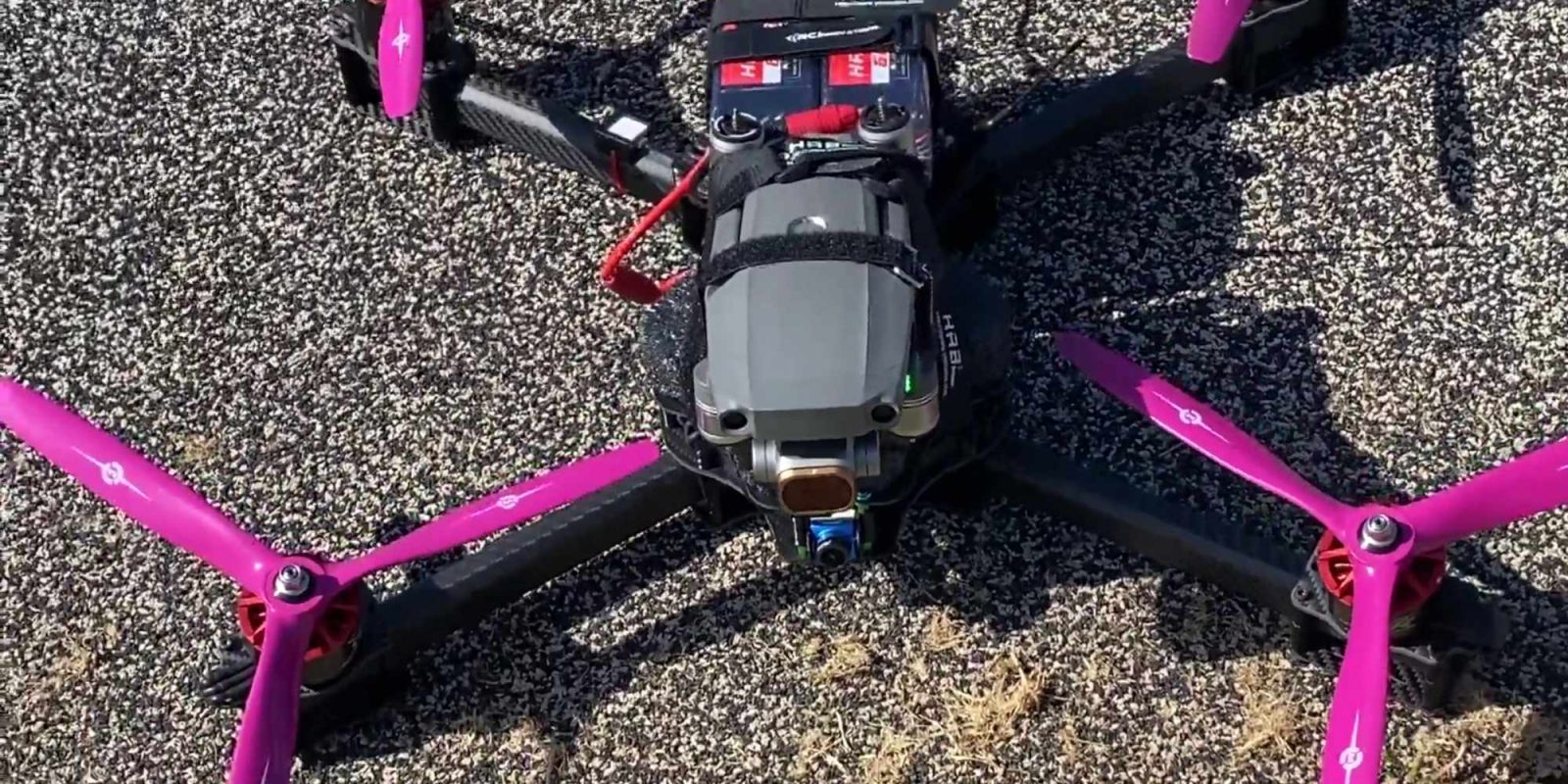 Reddit user rossmoney posted a video to the Multicopter community with the title, “Went 96MPH with my Mavic 2 Pro” — a somewhat misleading title, but humorous at the same time. The results of a Mavic 2 Pro being attached to an FPV drone flying at 96 mph are impressive.

The video posted to Reddit starts with a close-up on the DJI Mavic 2 Pro. It then slowly pans out to show the Mavic 2 Pro strapped to a large FPV drone with two large batteries behind it, making sure the weight is distributed evenly.

This video captured by the Mavic 2 Pro shows what is possible if DJI or another company were to create its own FPV-style drone with a stabilized camera system. I’d love to see a future DJI drone with a mode allowing it to go a similar speed, widening the creative shots that can be captured with a single drone.

Went 96MPH with my Mavic 2 Pro from Multicopter

All we got from the video was a close-up of the Mavic 2 Pro attached to the FPV drone. Luckily rossmoney shared a link to the results in the comments. From first glance, the footage from the Mavic 2 Pro is impressive and makes me want a Mavic capable of these speeds.

The combination of the fast speeds the FPV drone is capable of and the smooth stabilized 4K camera on the Mavic 2 Pro has created some impressive footage you wouldn’t be able to get with either of the drones on their own. The high-speed movement combined with the high-speed direction changes dampened by the gimbal creates a unique angle that could definitely be used in commercial work such as movies or advertisements. While the footage is smooth a majority of the time, some of the quick movement makes the Mavic 2 Pro’s gimbal stutter trying to keep up.

What do you think about the footage from the two drones combined? Let us know in the comments below.