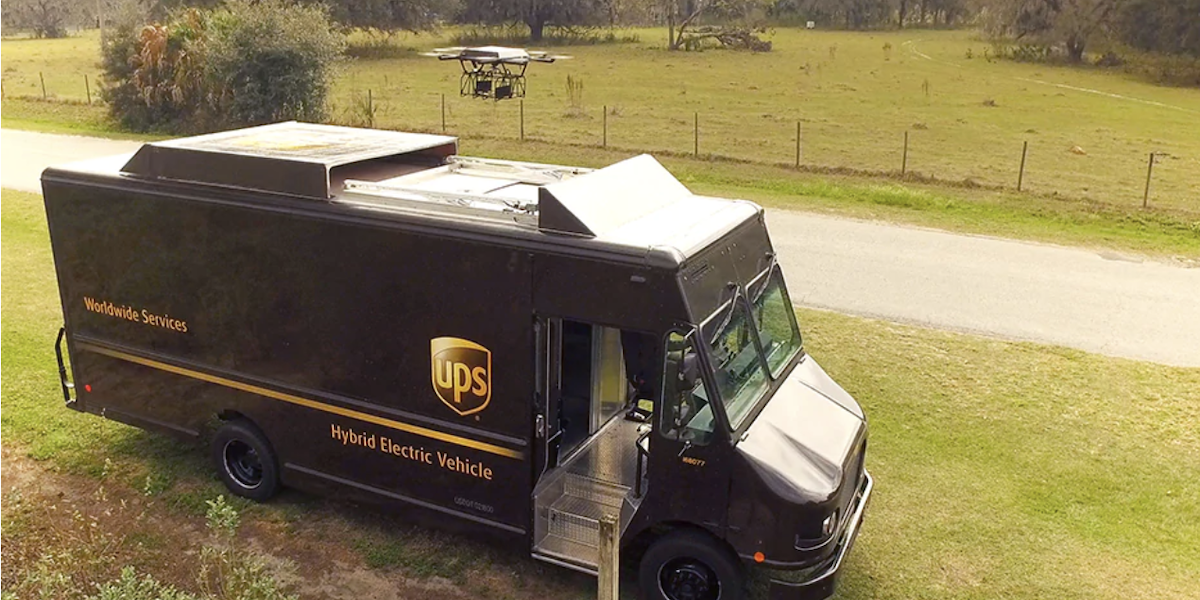 Today we have a lot of deliveries by vans in the US and a small but growing smattering of deliveries by drones, such as new trials by Wing, Zipline, and Flirty. Researchers at MIT have proposed marrying the two technologies: deploying vans to neighborhoods that would launch drones to make the last part of the delivery.

This would address two weaknesses in vans and drones on their own. Vans can cover large distances with ease, but they get bogged down navigating narrow and congested roads for the so-called “last mile” to a customer’s home or business. Drones have limited range, but flying over traffic, they are not slowed down by the last mile part of the trip. According to a recent study, it’s also not as energy efficient for a drone to take on the entire route of a delivery van.

So the researchers propose a hybrid model of vans with delivery drones mounted to the roof. When the van gets near to its delivery spot, the driver can launch one or more drones from the roof to cover the final leg of the journey. Meanwhile, the van continues on its route, where the drones eventually catch up for a return landing. Then the driver loads the drones with new packages, and occasionally fresh batteries, and the process repeats.

(UPS actually trialed such a system in 2017 with drones and electric and hybrid vans provided by the Workhorse Group.)

Standing between this concept and reality, however, is a whole mess of regulations. Most fall under FAA Part 107 on commercial uses of drones, which went into effect in 2016. One, for instance, prevents drones from launching from a moving vehicle. Although perhaps the van could stop before each launch as a workaround. Part 107 also doesn’t allow air carrier operations that carry cargo for pay. Nor does it allow autonomous flights or flights beyond the visual line of sight of a pilot. Both would be prerequisites if the drones were essentially augmenting the delivery driver’s work, taking on some deliveries while they complete others. Regulations also prohibit drones from flying over people, either, a challenge at least in urban settings.

All of these restrictions are subject to waiver, however. Or in the case of carrying cargo, a company could get an FAA Part 135 certification as an air carrier, as Wing and UPS have done. (Not that it’s an easy process.) But then there are also possible roadblocks from state and local ordinances.

The broader solution, the paper posits, is to develop an overall policy framework that governs how truck-plus-drone programs can operate, rather than requiring each implementation to go through all the individual regulatory waivers required each time. This will take time in coordinating with many different government agencies at different levels of government, however.