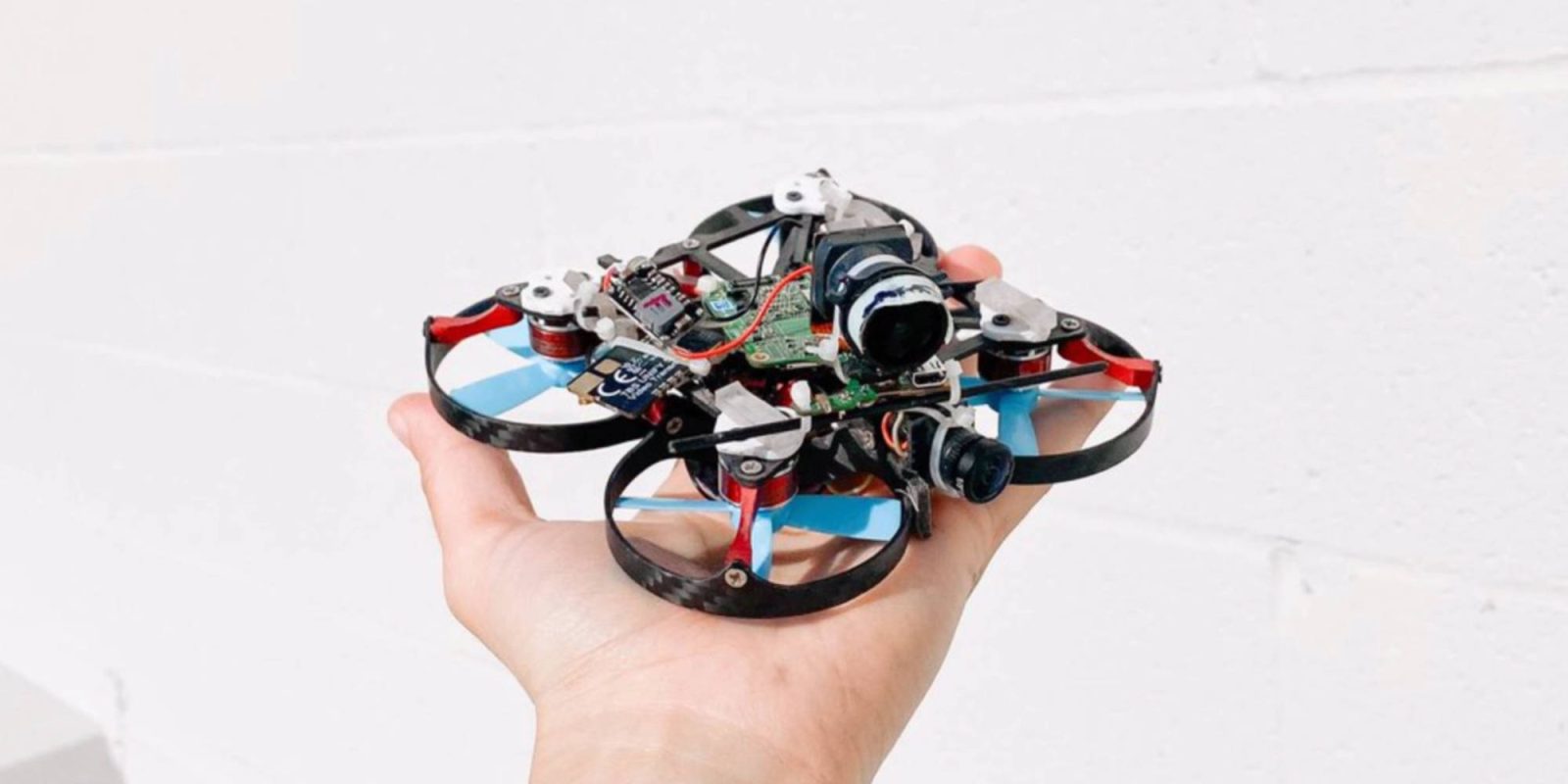 An epic video shot using an FPV drone takes us on a short journey to meet the artists who are apart of AWAL (A World Artists Love), a record label for artists big and small. The video is a great showcase of an FPV drone being used to its full advantage, weaving its way through tight spaces other cameras wouldn’t be able to go through.

The video was shot using a “deconstructed” GoPro Hero 6—stripped down to its basic components and attached to a palm-sized FPV (first-person view) drone. The drone was flown using a pair of FPV goggles by drone pilot Robert McIntosh with the help of Eric Maloney acting as an extra pair of eyes. The clips were processed afterwards using ReelSteady software to make the footage buttery smooth and then stitched together to make it look like one long continuous shot. The drone only had a battery life of around three to five minutes, meaning many swaps were necessary to capture all the raw footage.

It starts with the drone focusing on a monitor where it then pans around, passing the first artist AWAL manages. The drone then makes its way outside, fly’s above a building, and into a car showing the next artist. The footage transitions to another location flying down the street weaving between a clothing rack and navigating its way through a restaurant and into the kitchen in the back.

TechCrunch got the chance to sit down with the director of the video Ani Acopian who had a few words to share about the video as a whole and the use of the drones:

“I know that the future for droning is very bright, and I anticipate that we’ll start to see drones used in ways that don’t immediately give away their ‘drone-ness,’ like to feign camera movements that would otherwise be difficult to achieve. You don’t have to be high to fly! Drones, especially FPV drones, have this fluidity to them that beautifully mirrors the way memories feel to me and I’m excited to see more people play with this to recreate the inner experience so many of us have in a new, relatable way.”

Acopian also shared the during one of the takes the drone crashed into one of the actresses’ hair, which meant the drone had to be cut out of it. It then took about 20 minutes to fix the drone and get it back up and running again.

What do you think of the video? Let us know in the comments below.