Wingtra trade-in program could get you up to $5,000 off 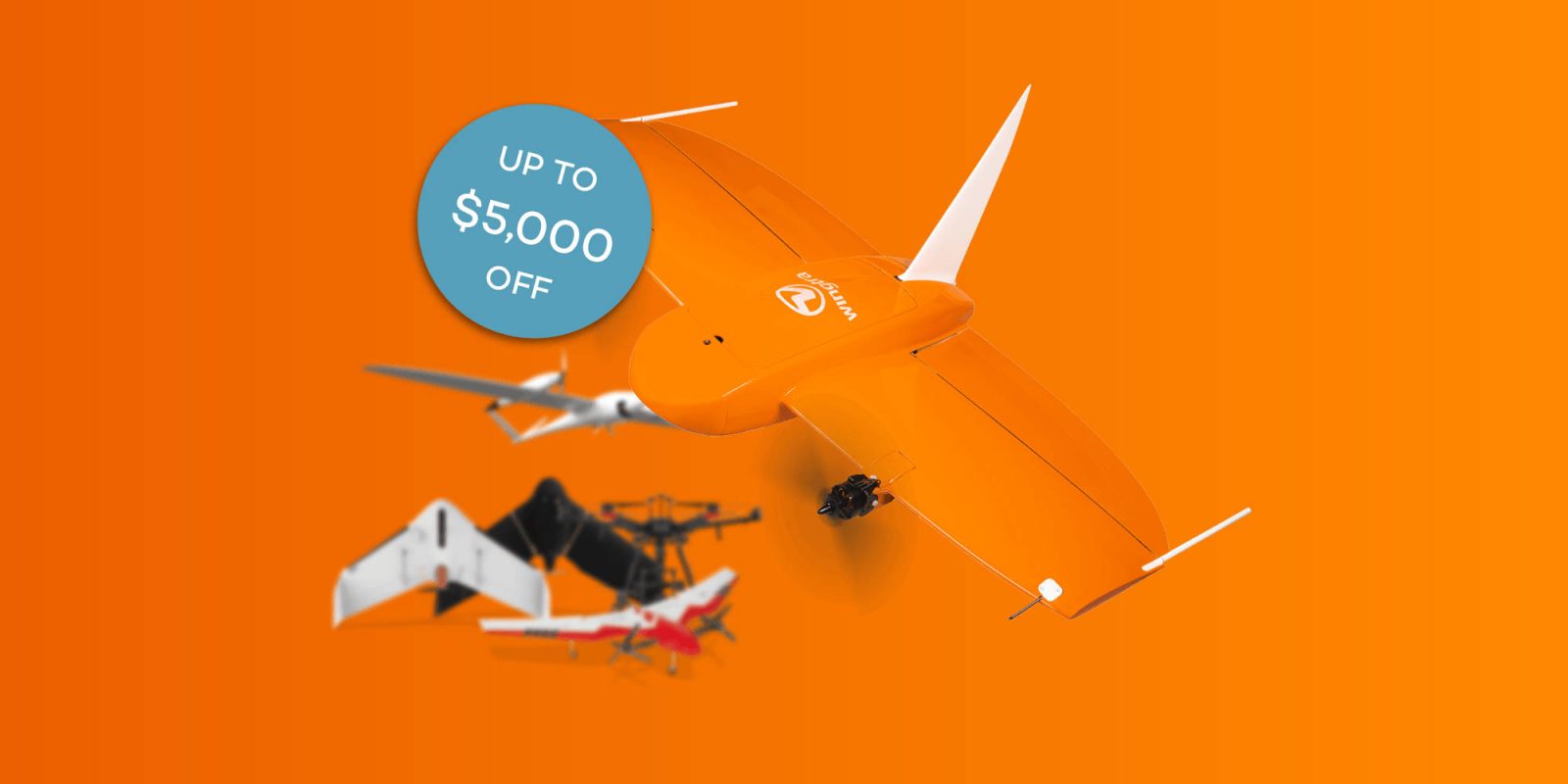 Wingtra‘s drone trade-in program allows you to hand in your old used surveying drone to get up to $5,000 off a new WingtraOne surveying vertical take-off and landing (VTOL) drone. Both Wingtra and third-party drones can be traded in.

Wingtra is now giving anyone that is looking to upgrade their surveying drone incentive to purchase its WingtraOne drone with up to $5,000 off the retail price. The amount of discount you get off depends on the drone you hand in and if your local dealer is participating in the program.

You are able to choose from four camera payloads, which can all be configured with or without PPK (post-processing kinematic):

Have a drone you want to trade in? Simply fill out this form to check whether your drone qualifies for the trade-in program, and if so, the discount you could get toward a new WingtraOne.

The WingtraOne surveying drone from Wingtra is capable of mapping up to 400 hectares in a one-hour flight with an accuracy of 1 cm (0.4 inches). The WingtraOne is known as a VTOL drone, meaning it takes off and lands vertically, minimizing damage and removing the need for horizontal space. WingtraOne has a flight time of up to 59 minutes, is around 2x faster than other fixed-wing drones, and almost 15x faster than quadcopters.

Along with the above-mentioned payload options, the WingtraOne can be configured with an optional PPK (post-processing kinematic) receiver module. This module allows the accuracy of the drone to significantly be improved, as every time an image is taken, the X, Y, and Z coordinates are geotagged for processing to be done in software after the drone flight is completed.

Would you benefit from a program like this? Let us know in the comments below.