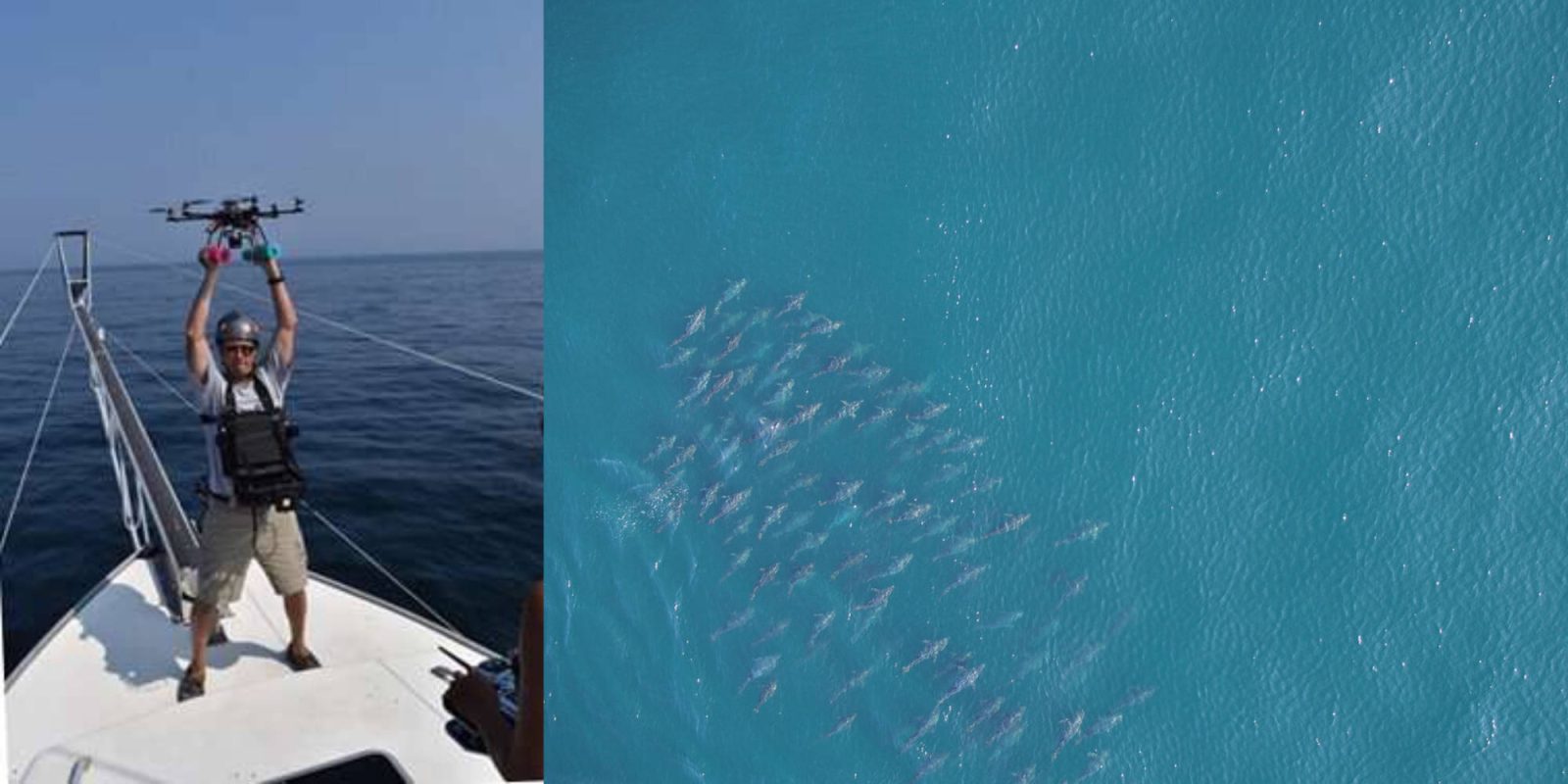 Researchers recently used a drone to collect data in a pilot study, specifically height and width, on a school of Atlantic bluefin tuna in the Gulf of Maine. The drone was used to take photos of the school of tuna and individual tuna to test whether usable data could be collected.

The drone used was the APH-22 from Aerial Imaging Solutions, which was equipped with an unknown high-resolution digital camera. The APH-22 is a battery-powered hexacopter that has been used various times before to capture images of whales at sea.

Mike Jech, an acoustics researcher at the Northeast Fisheries Science Center in Woods Hole, Massachusetts, explained that the drones won’t replace shipboard surveys or manned aircraft but will rather be used to collect remote images to provide data on the school of tuna used in ecosystem models.

The platform is ideal for accurately measuring fish length, width, and the distance between individuals in a school when you apply calibration settings and performance measures. We were able to locate the hexacopter in three-dimensional space and monitor its orientation to obtain images with a resolution that allowed us to make measurements of individual fish.

The Atlantic bluefin tuna is one of the most commercially and ecologically important fish, but the information surrounding their population in the ocean is widely unknown. This is due to the tuna constantly migrating at such a rate that current methods such as nets and trawls aren’t effective enough to collect accurate data. While the drones are helping to fix this problem by collecting hard data, the flight time is currently an issue. This could be fixed by using multiple drones or looking at other drone models with longer flight times.

What do you think about the drones being used to monitor the tuna? Let us know in the comments below.