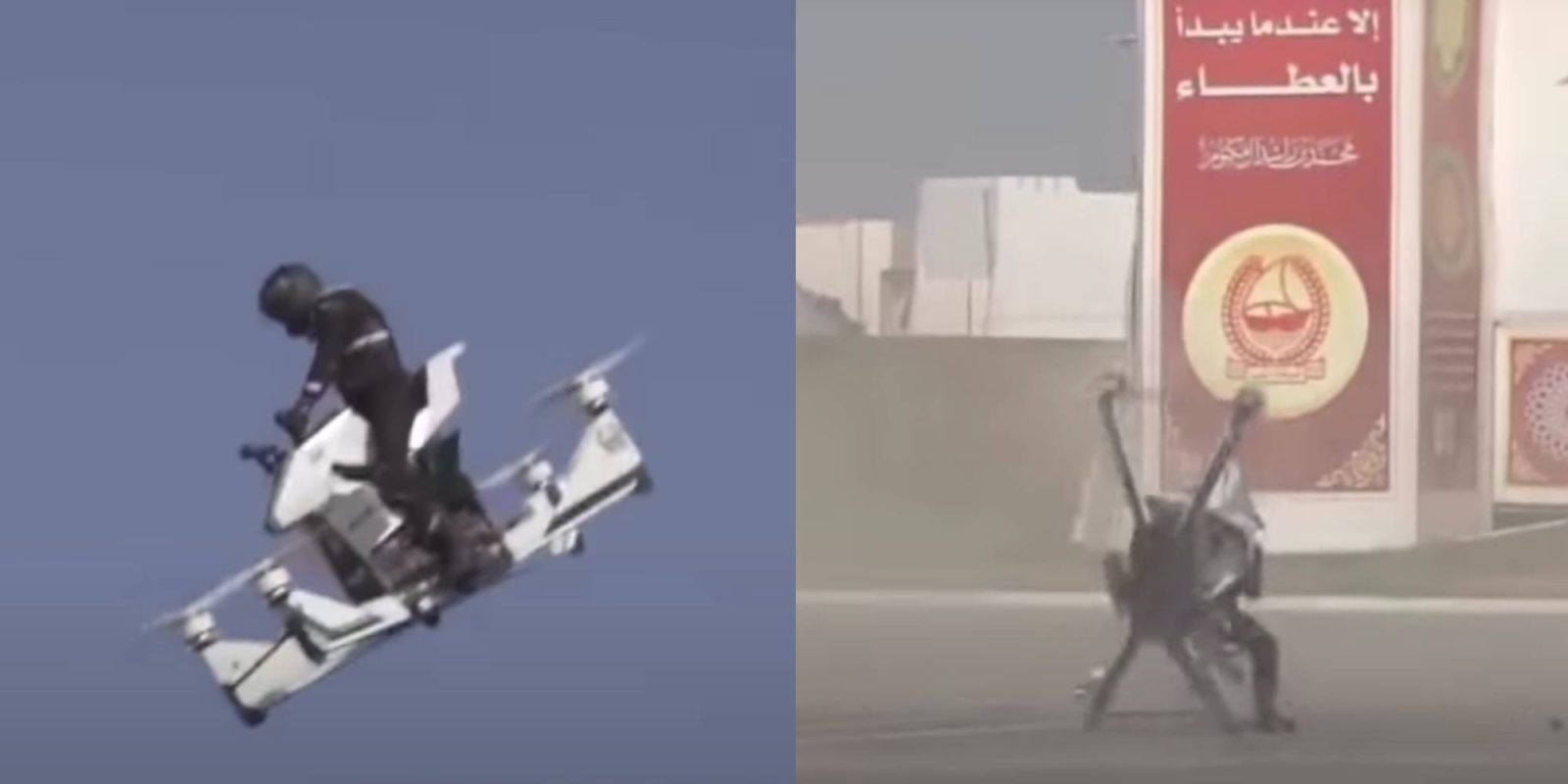 A video has emerged on YouTube of what looks to be the Dubai Police’s hoverbike crashing during a manned test flight. The test pilot doesn’t look like he was injured in the crash, but the hoverbike hit the ground hard, resulting in extensive damage.

At the beginning of the video, everything looks to be fine, but as soon as the hoverbike accelerates in the air, it looks to be doing so at a much faster rate than the test pilot anticipated. The throttle then looks to be released, causing the bike to begin heading toward the ground. The pilot compensates for this by giving it a little more throttle, which looks to work for a second or two.

Shortly after the hoverbike looks to start flying uncontrollably and starts falling toward the ground once again, this time the bike hits the ground with the rear arms making impact first and causing them to break. The hoverbike does a backflip with the test pilot still in the seat, causing him to hit the ground along with the front arms that break on impact. It is hard to tell, but it also looks like the pilot was struck by the front propellers, causing them to shatter into pieces.

Be sure to watch the full video below with two camera angles and how the pilot manages to walk away from the crash unscathed.

Here are two photos that were taken after the crash with one showing the damaged hoverbike with the Dubai Police’s what looks to be Bentley, Ferrari and Mercedes Benz cars in the background. The second photo shows a team looking at the test pilot, making sure he is OK, with an ambulance in the background ready to take him to the hospital.

What do you think caused the crash? Do you think there should have been propeller guards? Let us know in the comments below.