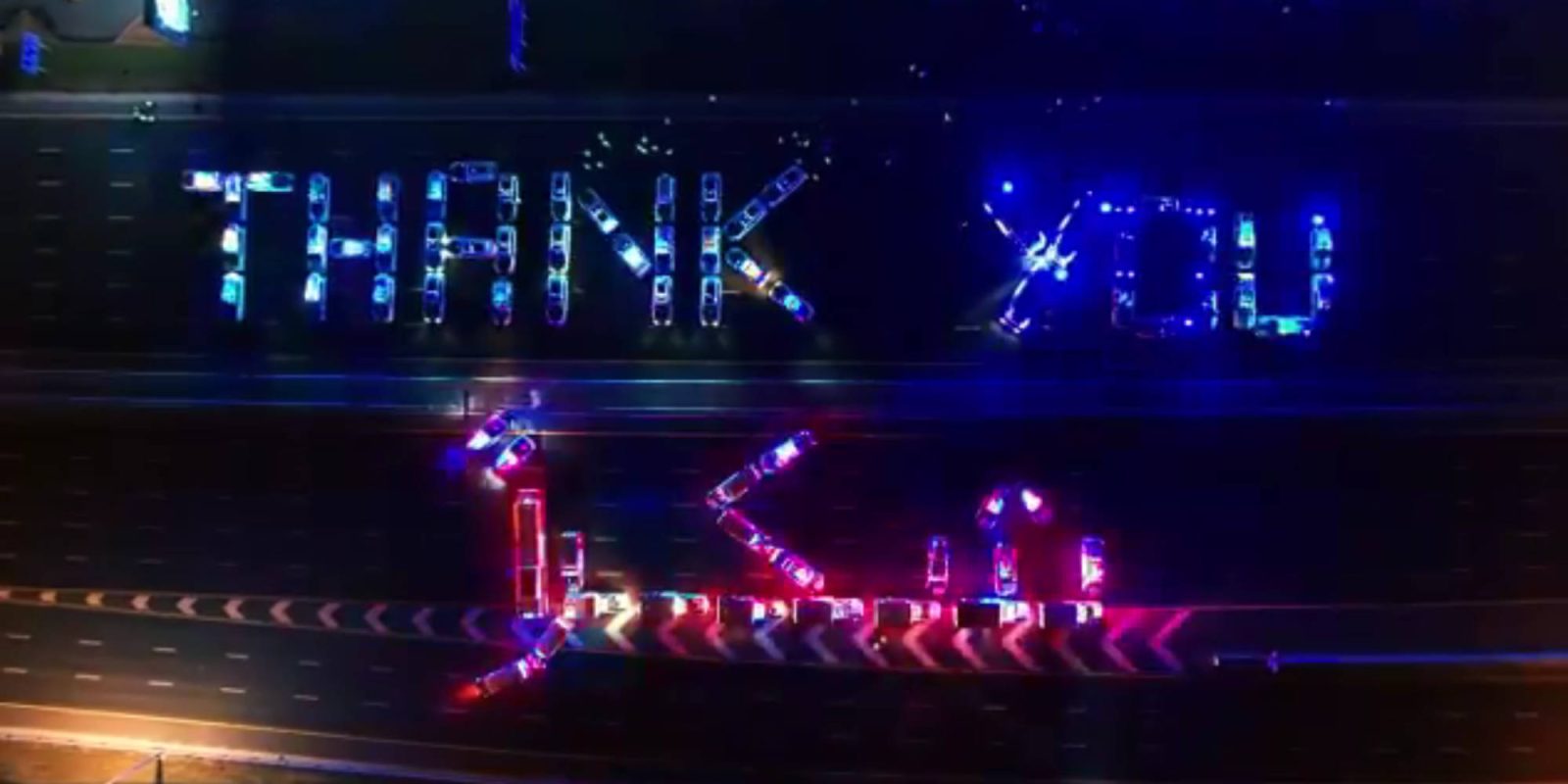 Brand Dubai has partnered with Drone Events of Arab Media Group and AO Drone to share a thank you message to the heroes on the COVID-19 frontline. The message was shared on Twitter by Sheikh Hamdan bin Mohammed bin Rashid Al Maktoum, the Crown Prince of Dubai and Chairman of the Executive Council.

The video starts with a quote from Sheikh Mohammed bin Rashid Al Maktoum, the Vice President and Prime Minister of UAE and Ruler of Dubai. The video then shows the Burj Khalifa light up with the United Arab Emirates flag and a message that reads “To The UAE.” Next, we see police cars starting to drive off before we see another message saying, “To Our People.” The final message we see on a building is the following, “To Our Heroes.”

We then see what looks to be all the first responder’s vehicles driving down the main road to eventually spell out “Thank You.” We are then shown an epic drone light show which also shares the message, “Thank You” along with the country’s flag and Sheikh Mohammed’s hand salute. The drone show then shares some COVID-19 preventative messages, such as social distancing, and then finally ends with the message “Stronger Together.”

The show used more than 120 drones and 100 vehicles. The video was made possible thanks to the Dubai Police, Dubai Civil Defence, Dubai Ambulance, Roads and Transport Authority, Dubai Municipality, Dubai Civil Aviation Authority, Dubai Film and TV Commission, and various partners from both the entertainment and hospitality industry.

An initiative by @Brand_Dubai, the creative arm of @DXBMediaOffice – in partnership with Done Events of Arab Media Group and AO Drones – lights up Dubai’s sky with messages honouring our frontline heroes in the fight against COVID-19 in a spectacular drone show.#StrongerTogether pic.twitter.com/pNXuF5iG2p

What did you think of the video and the show the drones put on? Should more cities be doing something similar for the frontline workers? Let us know in the comments below.